CORVALLIS, Ore. – An international research collaboration has taken an important step toward the commercially viable manufacture of biobutanol, an alcohol whose strong potential as a fuel for gasoline-powered engines could pave the path away from fossil fuels.

The key breakthrough is the development of a new metal organic framework, or MOF, that can efficiently separate biobutanol from the broth of fermented biomass needed for the fuel’s production. Findings were published today in the Journal of the American Chemical Society.

The researchers are now looking to partner with industry to try to scale up the separation method using the new metal organic framework, says the study’s corresponding, Kyriakos Stylianou of Oregon State University.

If it scales well, it could be an important milestone on the road toward non-reliance on fossil fuels.

“Biofuels are a sustainable and renewable fuel alternative, and biobutanol has recently emerged as an attractive option compared to bioethanol and biodiesel,” said Stylianou, a chemistry researcher in OSU’s College of Science. “But separating it from the fermentation broth has been a significant obstacle on the way to economically competitive manufacturing.”

Butanol, also known as butyl alcohol, is more closely related to gasoline than ethanol and can be synthesized from petroleum or made from biomass. Bioethanol – ethyl alcohol – is a common biofuel additive but contains significantly less energy per gallon than gasoline and can also be harmful to engine components.

The process of creating biobutanol is known as ABE fermentation – acetone-butanol-ethanol. It yields a watery broth that maxes out at about 2% butanol by weight. Hence the need for a separation tool that can work well in an aqueous environment and also in the presence of organic solvents, in this case acetone, which is a key ingredient in products like nail polish remover and paint thinner.

Stylianou and colleagues at universities in Switzerland, China, the United Kingdom and Spain synthesized a novel metal organic framework, based on copper ions and carborane-carboxylate ligands, known as mCB-MOF-1. The MOF can pull butanol from the fermentation broth, via adsorption, with greater efficiency than distillation or any other existing method.

The MOF is stable in organic solvents, in hot water, and in both acidic and basic aqueous solutions.

“Biofuels can augment energy security and supply and also can be a big part of an energy plan that actually captures and stores carbon, which would be huge for meeting targets for combating climate change,” Stylianou said. “Biobutanol is better than bioethanol for a variety of reasons, including that it’s almost as energy-dense as gasoline and mixes well with gasoline. And biobutanol can also potentially replace synthetic butanol as an essential precursor for a range of industrial chemicals.”

The biobutanol study is Stylianous’s second major MOF-related paper of the past few months. In December, Nature published research by Stylianou involving a MOF that can scrub carbon dioxide from smokestack emissions.

That next step on that front will also involve scaling: How to make and test the MOFs on a large enough  scope to tackle industrial CO2 emissions. 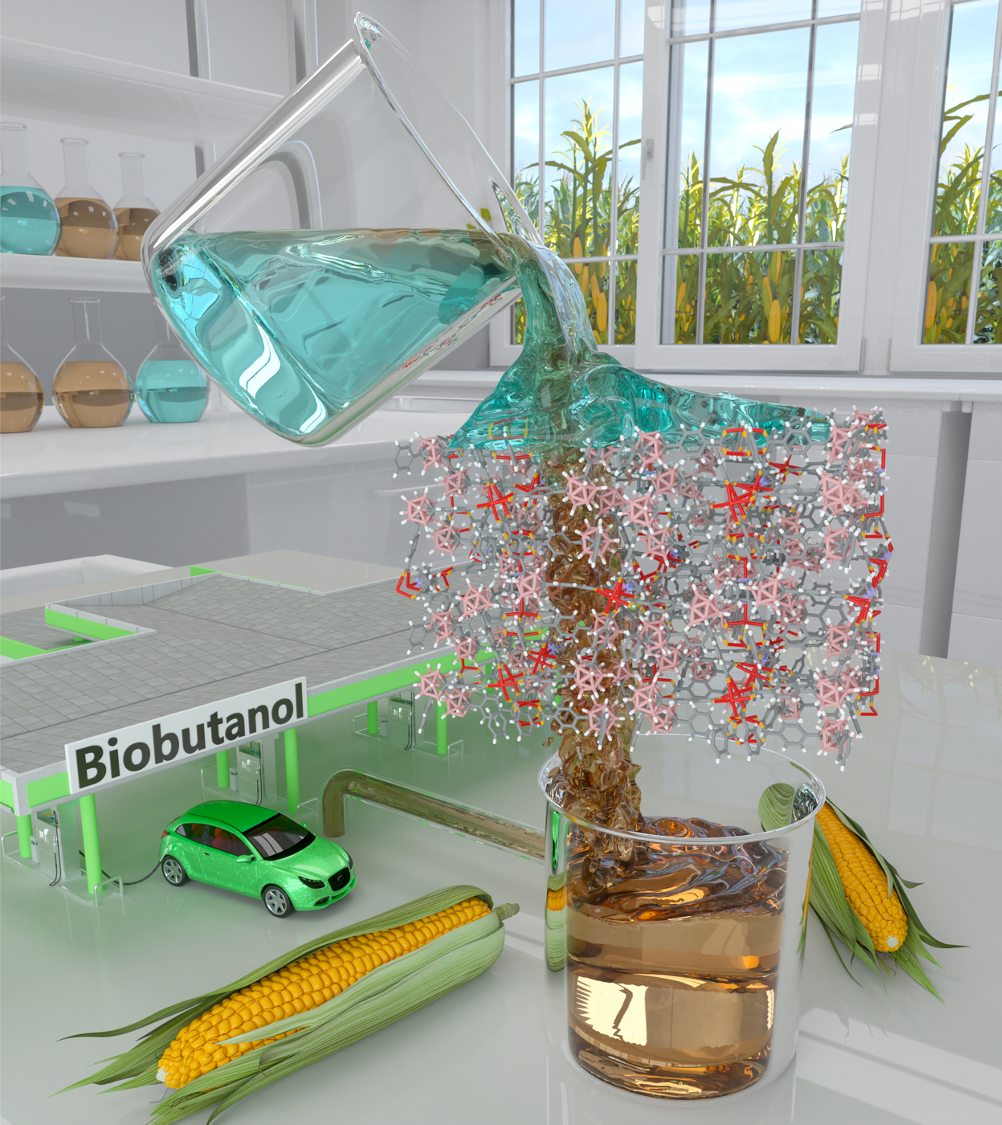