CORVALLIS, Ore. – Decades-old fish stored at Oregon State University proved valuable in learning more about parasites that infect a family of fish that includes salmon and trout in the Pacific Northwest.

An Oregon State University research team used the university’s Ichthyology Collection, which includes 260,000 fish specimens dating back to the early 20th century, to confirm the historical presence and distribution of Salmincola californiensis, a freshwater parasite of increasing concern in Oregon’s Willamette River Basin. They also found another Salmincola species that had never been documented.

The researchers published their findings in Fisheries, a magazine published for members of the American Fisheries Society, the oldest and largest professional society representing fisheries scientists.

The parasites, crustaceans known popularly as gill-maggots, are an emerging threat to salmonids, the family of fish that include salmon, trout and other ray-finned fish. Gill-maggots can cause substantial gill damage that reduces a fish’s swimming ability and can ultimately lead to its death.

“We found that ‘new’ gill-maggots were ‘hiding’ on 60-year-old fish in the OSU collection,” said Christina Murphy, a postdoctoral researcher in OSU’s College of Agricultural Sciences and corresponding author on the study.

“In light of the potential effects of global warming, we responded to a call that was issued to use natural history collections to track changes in disease across time,” Murphy said. “There are more fish archived in large collections than any other vertebrate group, but they aren’t widely used to track historical infections. We have a lot to learn about emerging parasite threats to fish.”

The ability to detect historical infections as well as to identify previously undocumented parasites illustrates the incredible value of historical collections for modern explorations of fish infections, and highlights a need to keep archival representatives in mind when collecting fish, according to co-author  Peter Konstantinidis, instructor and curator of the Ichthyology Collection.

“Studies such as this add another dimension to the value of natural history repositories beyond the initial reasons for why these fishes ended up in a collection,” Konstantinidis said.

The researchers found gill-maggots on 25 of the 1,241 preserved specimens of salmonids collected between 1933 and 2014 from the Willamette River Basin, including a previously undocumented freshwater gill-maggot species on seven mountain whitefish.

“It was amazing being able to observe these fish caught so many years ago, some over 80 years old,” said co-author Kelci Pauk, an OSU student and co-author on the study.

In examining the fish, the researchers removed each specimen from its preservation jar and placed them in a metal pan for examination. They recorded the species, date and location of collection, and other information before inspecting the entire body of the fish using a metal dissection probe. They then used the probe to open the mouth and to lift the gills and fins.

If abnormalities were observed, they placed the specimen on a dissecting microscope to confirm the presence of gill-maggots.

“It’s exciting to note that the adult females of both species are visible to the naked eye,” Murphy said. “If you are angling in rivers or reservoirs you might see them on your salmon. They don’t pose any danger to people, but they can be a bit off-putting.”

Additional study co-authors included William Gerth, senior faculty research assistant; and Ivan Arsimendi, assistant professor. All of the researchers are in the Department of Fisheries and Wildlife in the College of Agricultural Sciences. 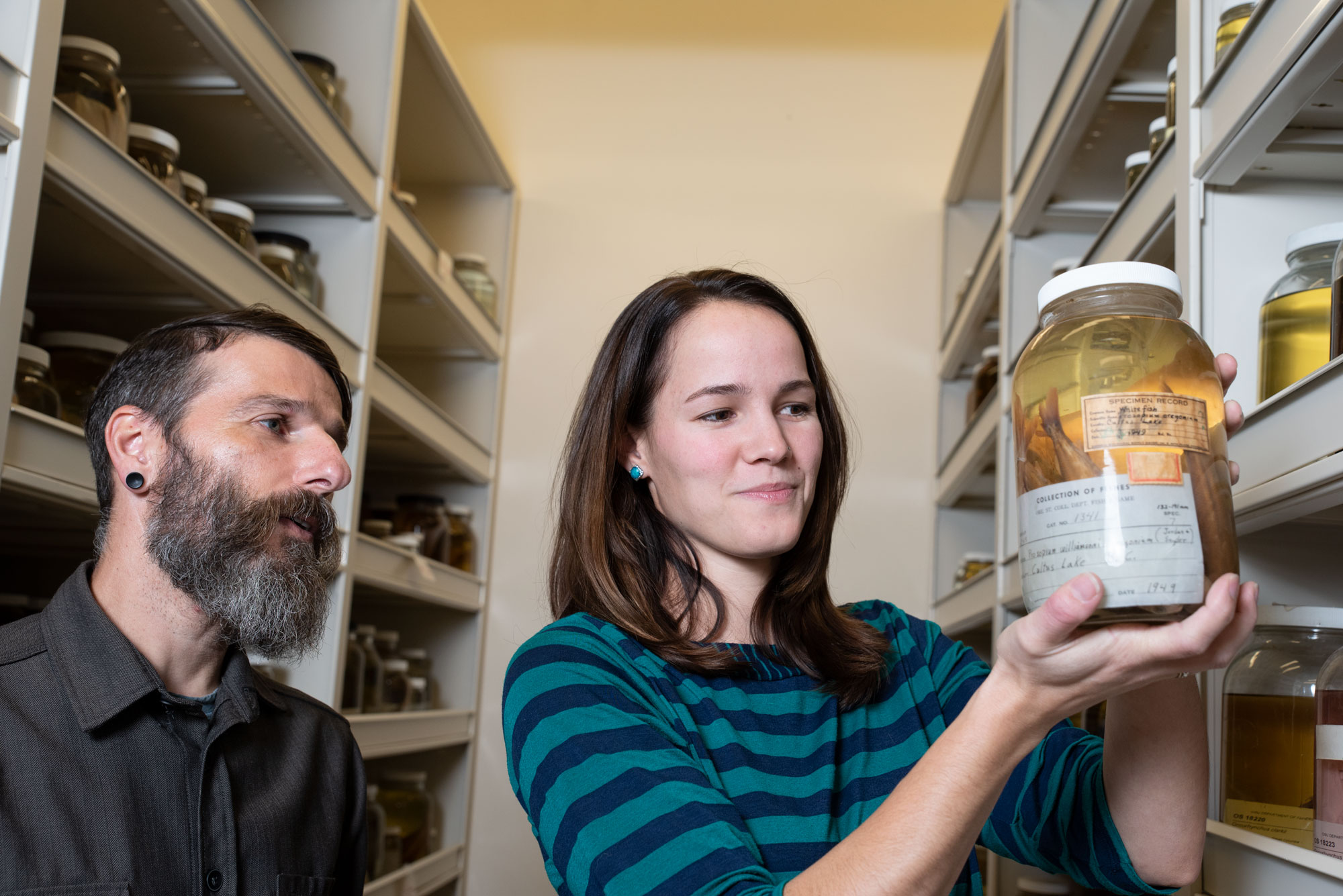 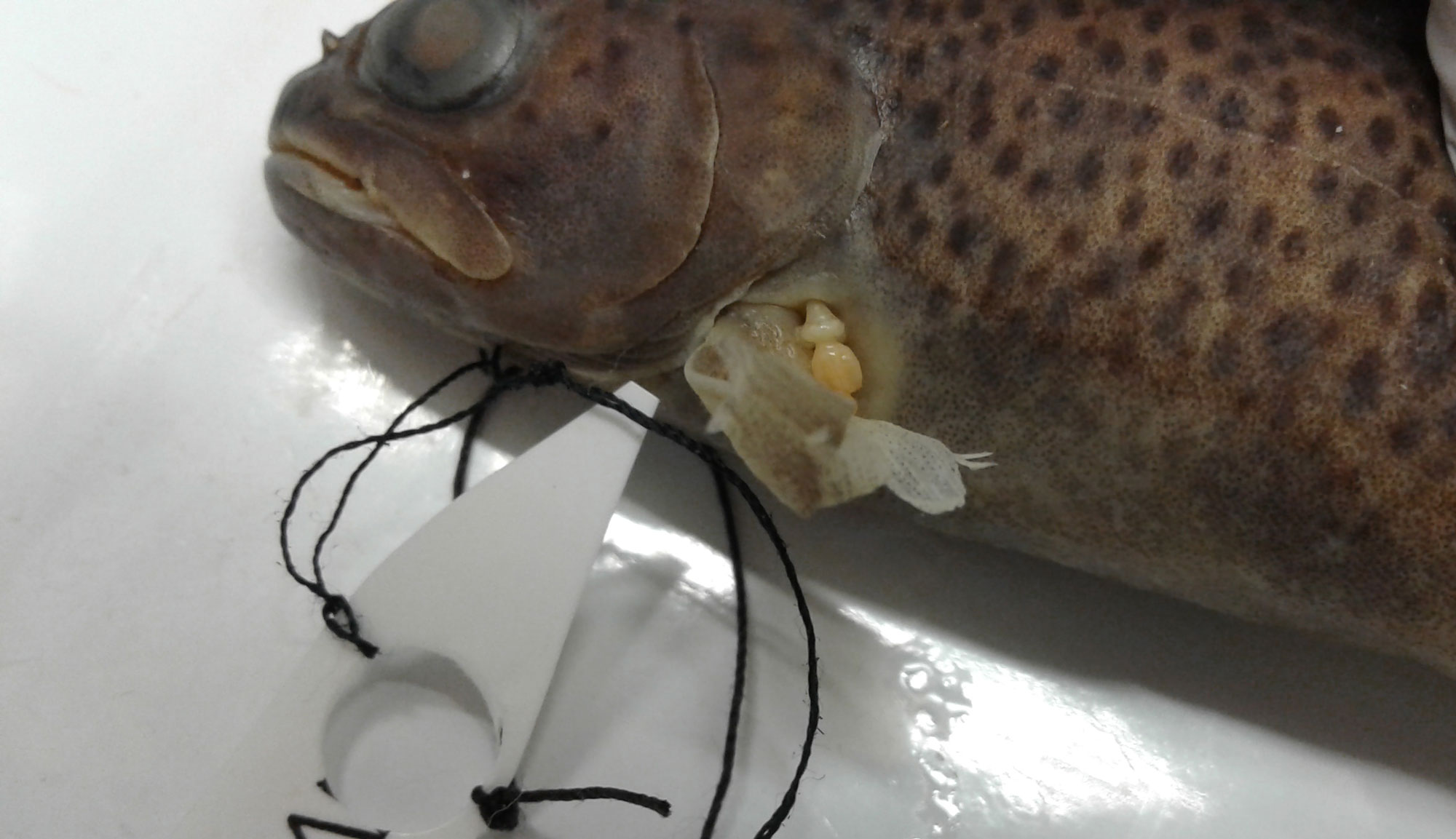