CORVALLIS, Ore. – Roadless national forests in the American West burn more often and at a slightly higher severity than national forests with roads, but the end result for the roadless forests is greater fire resilience, Oregon State University researchers say.

The findings, published today in Environmental Research Letters, provide a key piece of the puzzle for a region trying to develop better approaches to living with fire in the wake of a 2020 fire season that brought historically disastrous blazes.

Limiting smoke exposure and reducing risk to water supplies, habitat and human infrastructure from huge, uncontrolled fires are important goals of policymakers, said James Johnston, a researcher in the OSU College of Forestry and the study’s leader.

Mechanical fuel treatments – piling brush, thinning dense stands of trees, etc. – are a common tool for meeting those goals, but more than half of all fires, including most of the largest ones, burn mainly in roadless areas, where mechanical treatments are usually prohibited.

“The extent of fire where management options are limited makes clear the need to adapt to, rather than overcome, fire,” he said.

Differences in fire extent and fire escape – a fire getting beyond the area you think it should stay contained in – are strongly associated with roadless vs. non-roadless management, Johnston said. But the real drivers of fire severity – i.e. tree mortality – are differences in environment and not land use designations.

Trees growing in sites at higher elevations with greater moisture availability and lower temperatures – which describes most of the roadless sites – are generally less fire tolerant than species found in drier, lower-elevation landscapes.

Created in 1905, the U.S. Forest Service oversees nearly 190 million acres of national forests, most of it in the West. The area managed by the USFS makes up one-fifth of all forestland in the United States and 1.5% globally.

Historically, federal legislation typically required the agency to emphasize timber cutting, but the Wilderness Act of 1964 called for the creation of areas where natural conditions would be preserved.

“The act also required the Forest Service to inventory all of its roadless areas not designated as wilderness, pending future action by Congress,” Johnston said. “Any of those roadless areas not released for development in the 1970s and ’80s ended up becoming an unofficial extension of the wilderness system, and then in 2001, the Roadless Area Conservation Rule generally prohibited building roads and harvesting timber in those areas.”

That created two distinct management regimes: an active one featuring road-filled landscapes and a history of recreational development and timber harvesting, and another with no roads, no development and little or no harvesting history. The breakdown is roughly 50-50.

“Human influences are largely absent in roadless areas, the management of which is largely a matter of decisions about how to deal with natural disturbances like wildfire,” Johnston said.

Before 1910, frequent low-severity surface fires played a key role in maintaining forests. In the decades since, the comparative lack of fire that resulted from federal policy – in concert with grazing, logging and land-use changes – have caused major structural shifts in older forests as shade-tolerant and fire-intolerant species have moved in.

The policy of fire suppression traces its roots to the Great Fire of 1910, which killed 87 people, destroyed several towns and burned an area roughly the size of Connecticut. The blaze consumed 3 million acres of forest in Idaho, Montana, Washington and British Columbia.

“Wildfire is an important disturbance process that shapes the structure, composition and function of forests, and a better understanding of how passive versus active management relates to fire patterns is critical for managers trying to meet new objectives to restore forests to their natural fire regime,” Johnston said. “Over the last three decades, roughly one-third of the roadless landscape experienced fire, while less than one-fifth of the ‘roaded’ lands did.”

That’s despite the fact that roadless areas had far fewer ignition events and are generally in regions that are cooler and moister.

“Most of the largest fires that have burned on national forestland in recent years began in roadless areas,” said study co-author Jack Kilbride, a Ph.D. student in OSU’s College of Earth, Ocean and Atmospheric Sciences. “But evidence suggests that the greater extent of fire in roadless areas has potential to make those landscapes more resilient in the face of climate change. This study really shows the usefulness of satellite data for being able to characterize how fire patterns differ as a function of management.”

The legacy of fire suppression includes increased forest density, shifts in species composition and loss of resiliency to fire, drought and insects, the researchers say. But a number of recent studies have shown that forests in wilderness and other roadless areas that have experienced multiple fires are less likely to experience stand-replacing fire and are getting back to the structure and composition they featured prior to white settlement.

“Mechanical thinning, prescribed fire and wildland fire will continue to be used as tools on the ‘roaded’ landscape,” Johnston said. “And without major policy changes, wildland fire will continue to be the primary weapon available in roadless areas. Working together, forest managers and scientists can determine which management objectives are seeing progress, and how much.” 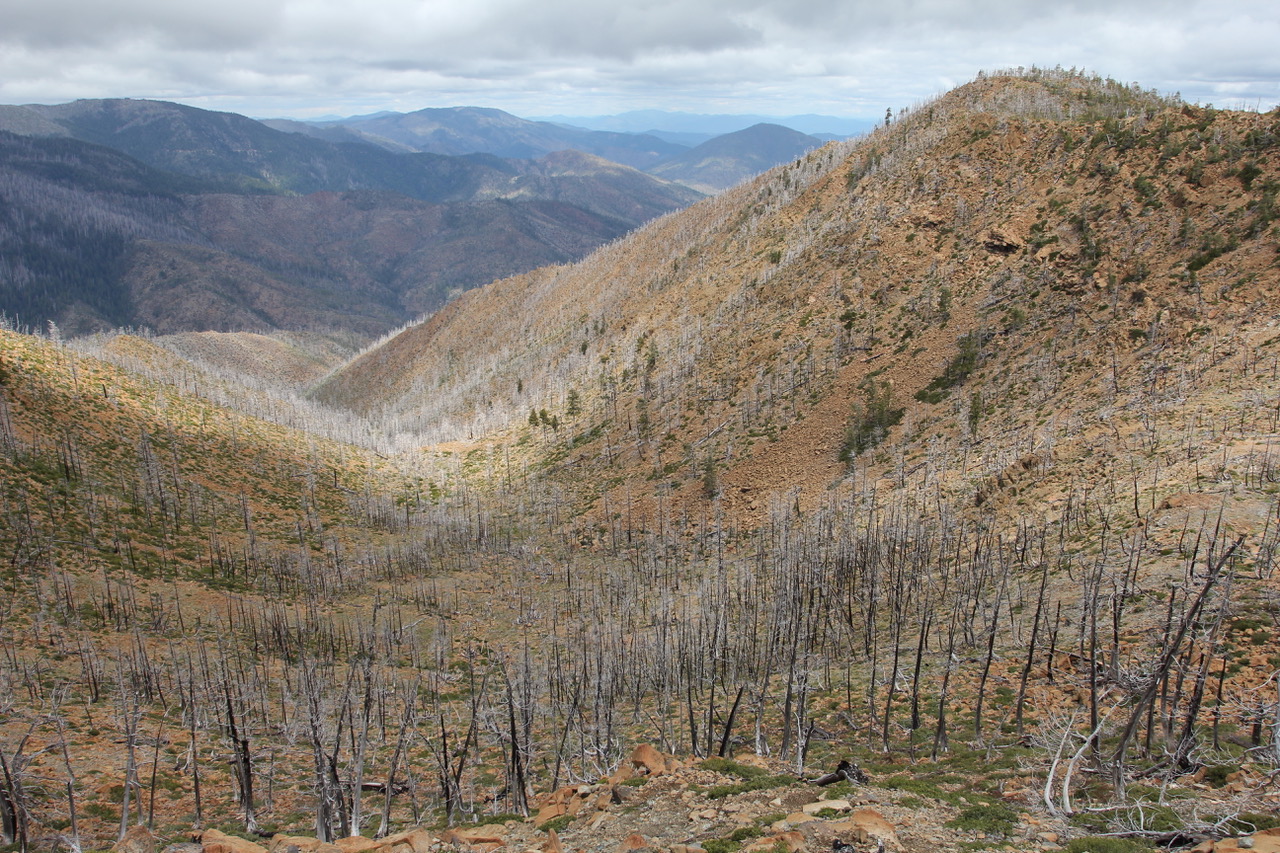