CORVALLIS, Ore. – Scientists studying Antarctic krill over a two-year period found that this key species – which is a critical food resource for a variety of animals in the Southern Ocean – fared radically different depending on the amount and timing of sea ice and the algae that live in it.

The study was recently published paper in the ICES Journal of Marine Science. Though preliminary, it sounds an early alarm bell about food supplies for Southern Ocean predators including whales, seals, seabirds, penguins and fishes in light of climate change, said lead author Kim Bernard, a biological oceanographer from Oregon State University.

Bernard and two students from her lab – Kirsten Steinke, a Ph.D. candidate, and Julia Fontana, an undergraduate senior – will continue the research in the coming months in Antarctica during its winter, investigating how the winter diet of juvenile krill affects their health.

With funding from the National Science Foundation, beginning in early April they will spend six months at Palmer Station – one of the U.S. Antarctic Program’s three research stations. They will be the only science team overwintering. The other 18 people at the station are all contracted support staff. Bernard will share details about the trip on her Twitter and Instagram feeds. Her handle on each platform is @psycho_kriller.

Palmer Station is extremely remote – it takes at least four days by ship to reach. In the middle of winter, sea ice can make it completely inaccessible. This is why Bernard and her all-women team had to pass a series of rigorous medical exams before being approved to go. And it’s also why, once they arrive in mid-April this year, they won’t be able to leave until mid-October. “I think this is going to be the closest I'll ever get to going into space,” Bernard said.

“Our work will focus specifically on juvenile krill, which have largely been neglected in the research,” she said. “We know that adult krill can survive the winter on very little food and may feed on things other than algae in winter; they tend to be more carnivorous. They also tend to be less associated with sea ice.”

But Bernard’s recently published study found that “the presence of sea ice and the timing of its formation is related to the amount of algae found in the diet of juvenile krill, suggesting that ice algae is a key food source for juvenile krill during the winter.”

Here’s how it works. In the autumn, temperatures drop, the wind churns and mixes the water, which cools rapidly. Ice crystals form in very irregular shapes, creating what is known among polar scientists as “frazzle ice.” When conditions calm, these frazzle ice crystals begin rising to the surface, attaching to algae drifting in the water. When the algae-attached ice crystals reach the surface, they accumulate in the pancake ice, where they are exposed to sunlight and nutrients and can grow.

“That’s what we think the juvenile krill are feeding on,” Bernard said.

If this process takes place early enough in the year – when light and nutrients are more plentiful – the ice algae bloom is robust and the krill prosper. If conditions are too warm, or the process begins too late, there is little or no algae in the water for the ascending ice crystals to attach to, and an ice algae community does not develop.

Warming occurring in this part of Antarctica is causing sea ice to form later in the winter, thus providing less ice algae for overwintering juvenile krill. Bernard said young krill may be forced to find alternative food in the winter, which may not be as nutritious as the rich ice algae. “We don’t yet know how a change in diet would affect the young krill,” she noted, “but we hope to find out during the Antarctic winter this year.”

Historically, krill have been so abundant that their biomass would surpass the weight of the planet’s 7.5 billion humans. But climate change, in addition to rapidly increasing human harvest of krill for human nutrition, aquaculture feed and pet food, may change the equation.

Bernard is in OSU’s College of Earth, Ocean, and Atmospheric Sciences. 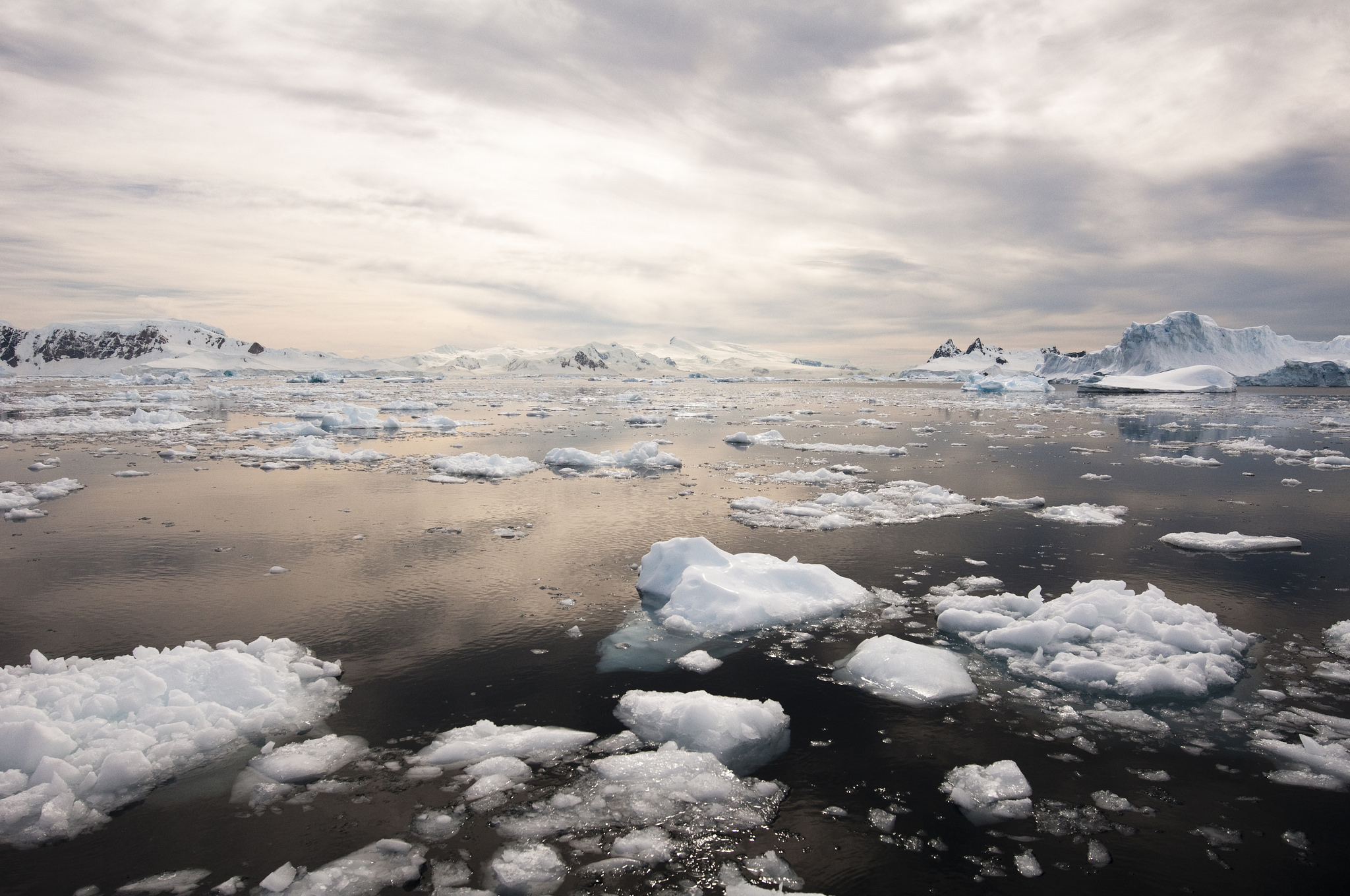