Max’s visit provided a unique learning opportunity for staff veterinarians, residents and students at the teaching hospital, who are more accustomed to caring for dogs, cats, cows and horses.

The hospital has cared for sea lions before, but the most recent visit was a couple of years ago, and there are no sea lion-specific experts on staff, said Dr. Kate Scollan, associate dean for student and academic affairs in OSU’s Carlson College of Veterinary Medicine and an associate professor of cardiology.

As Max went through his tests, OSU doctors and students huddled together looking up the most current research on sea lion cardiac disease and treatment.

“It’s a clinical exploration but also a research exploration,” Scollan said. “It’s a multidisciplinary approach, very collaborative — no one person is going to have all the knowledge or all the tools to figure it out.”

Max is one of the flagship attractions at the Oregon Coast Aquarium, normally engaging in a lot of exercises and vocalizations for visitors to observe, but he hasn’t been as active lately and his voice was raspy, said Dr. Dan Lewer, director of veterinary services at the aquarium and owner of Willamette Veterinary Hospital in Corvallis.

“He is geriatric — he’s 30, so we’re worried about age-related conditions,” said Lewer, who graduated from OSU’s veterinary college in 2008.

Max’s breathing problems had persisted for four or five days, Lewer said, during which time the animal lost about 50 pounds, a tenth of his 500-pound body weight. He was also producing discolored phlegm. Sea lions live to be around 20 in the wild but can live much longer in captivity.

The sea lion received a CT scan, which produced a full 360-degree image from nose to tail that allowed for a precise diagnosis. OSU veterinarians and technicians also conducted bloodwork to check for infection, ran fecal tests and performed an echocardiogram, which is an ultrasound of the heart. They placed ice bags on his flippers to keep him cool during the procedures.

The scans revealed that Max is suffering from congestive heart failure, with his heart performing at about 50% capacity.

Lewer and other staff at the aquarium had run multiple tests in Newport last week but decided to bring Max to OSU because of the hospital’s board-certified cardiology specialists and high-resolution CT scanner big enough to accommodate large animals.

Going forward, the aquarium’s team will work with the OSU cardiology team to plan a medication regimen to dissipate some of Max’s blood pressure issues and the fluid in his lungs, Lewer said. With a strong medication push now, he’s hoping Max will be able to live a normal life — though he may not be quite as spry as he used to be.

In the absence of sea lion-specific expertise, the veterinarians will be treating Max in much the same way they would treat a geriatric dog with congestive heart failure, as dogs are fairly similar physiologically.

Of all the animals he’s cared for in his own veterinary practice and in providing veterinary services at the aquarium, Lewer said, “Maximus” is definitely his favorite.

“He’s like a big playful yellow lab that has flippers and eats fish whole,” he said.

The Oregon Coast Aquarium closed for the pandemic in mid-March, but reopened its outdoor exhibits three weeks ago and its indoor exhibits last week. 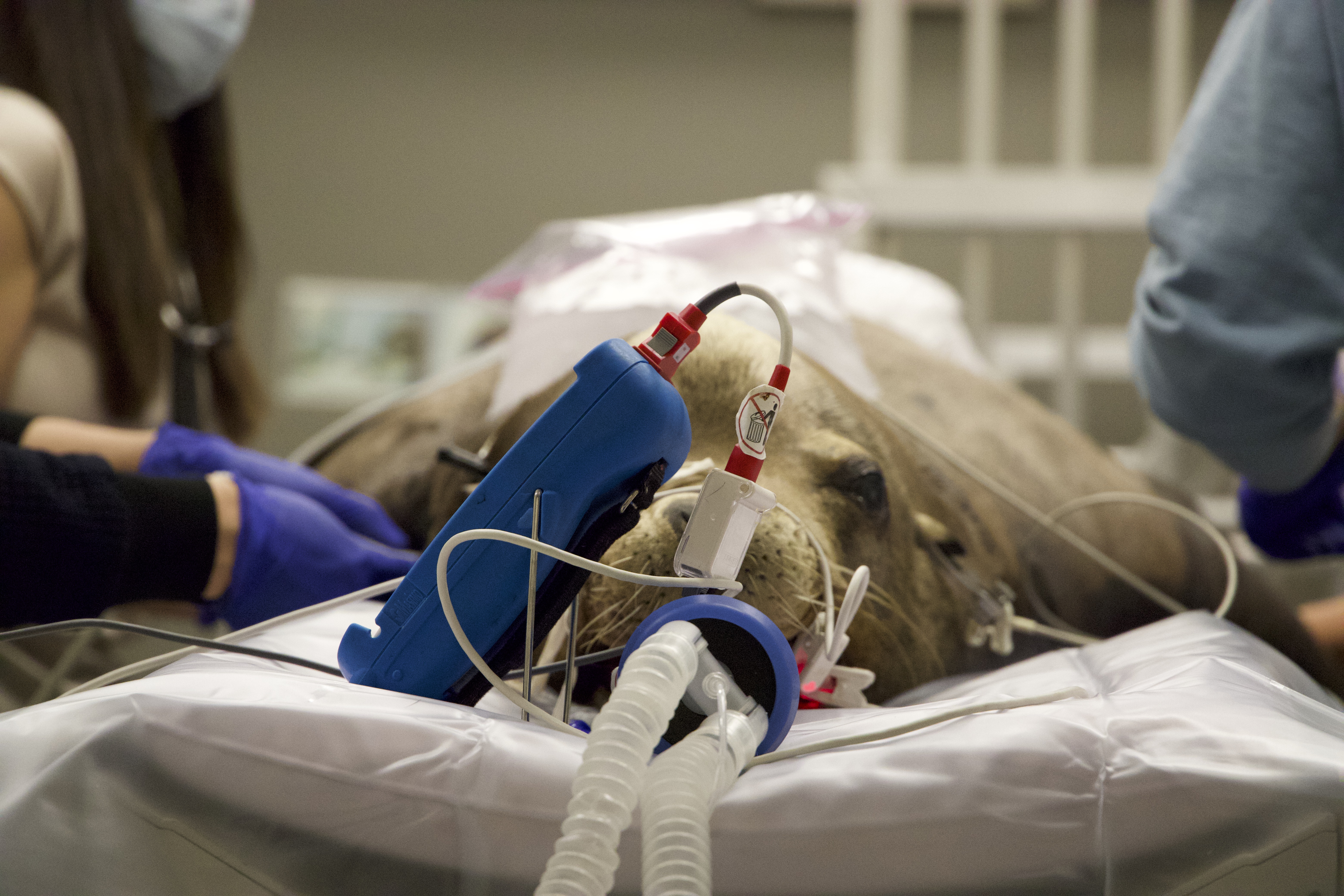 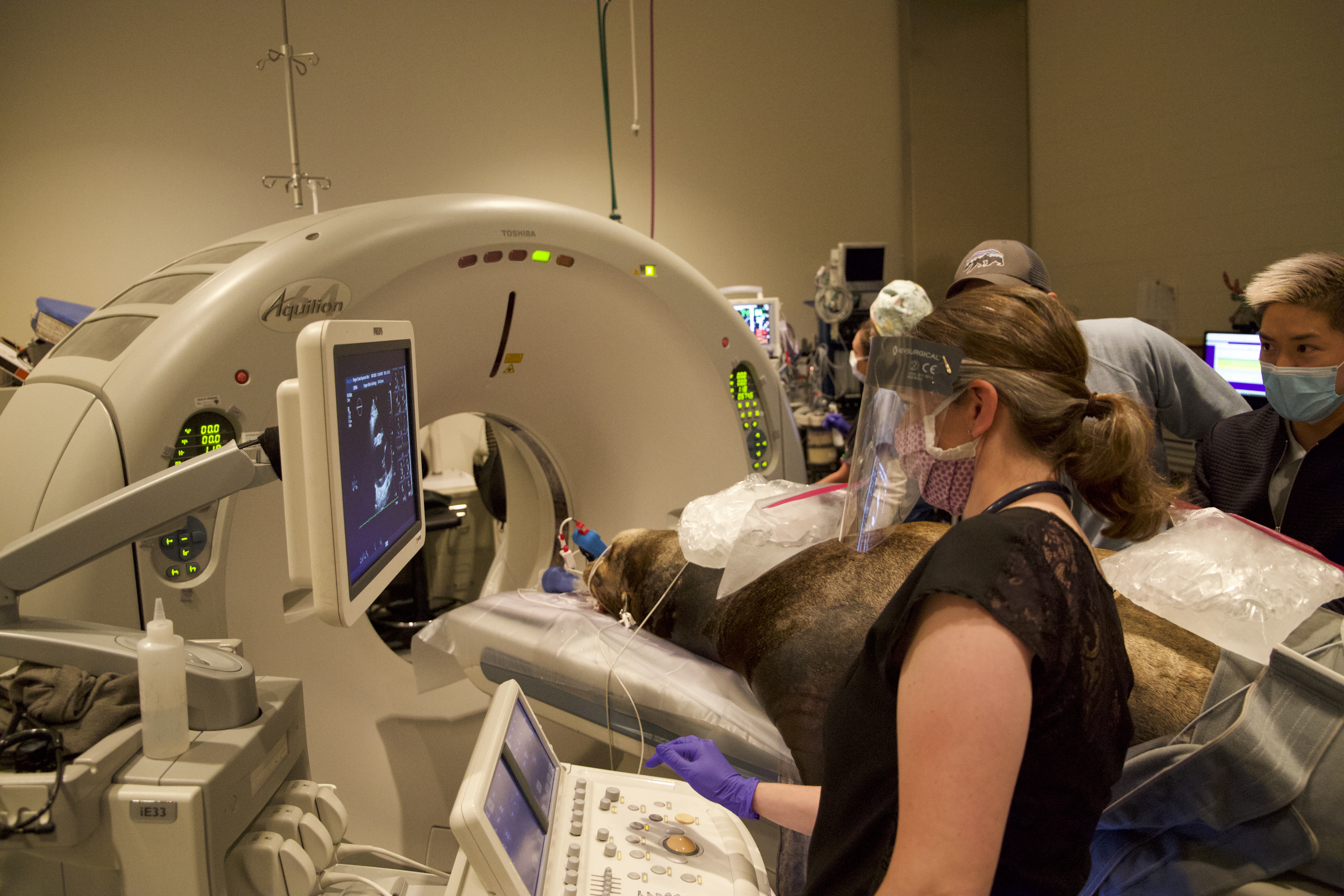 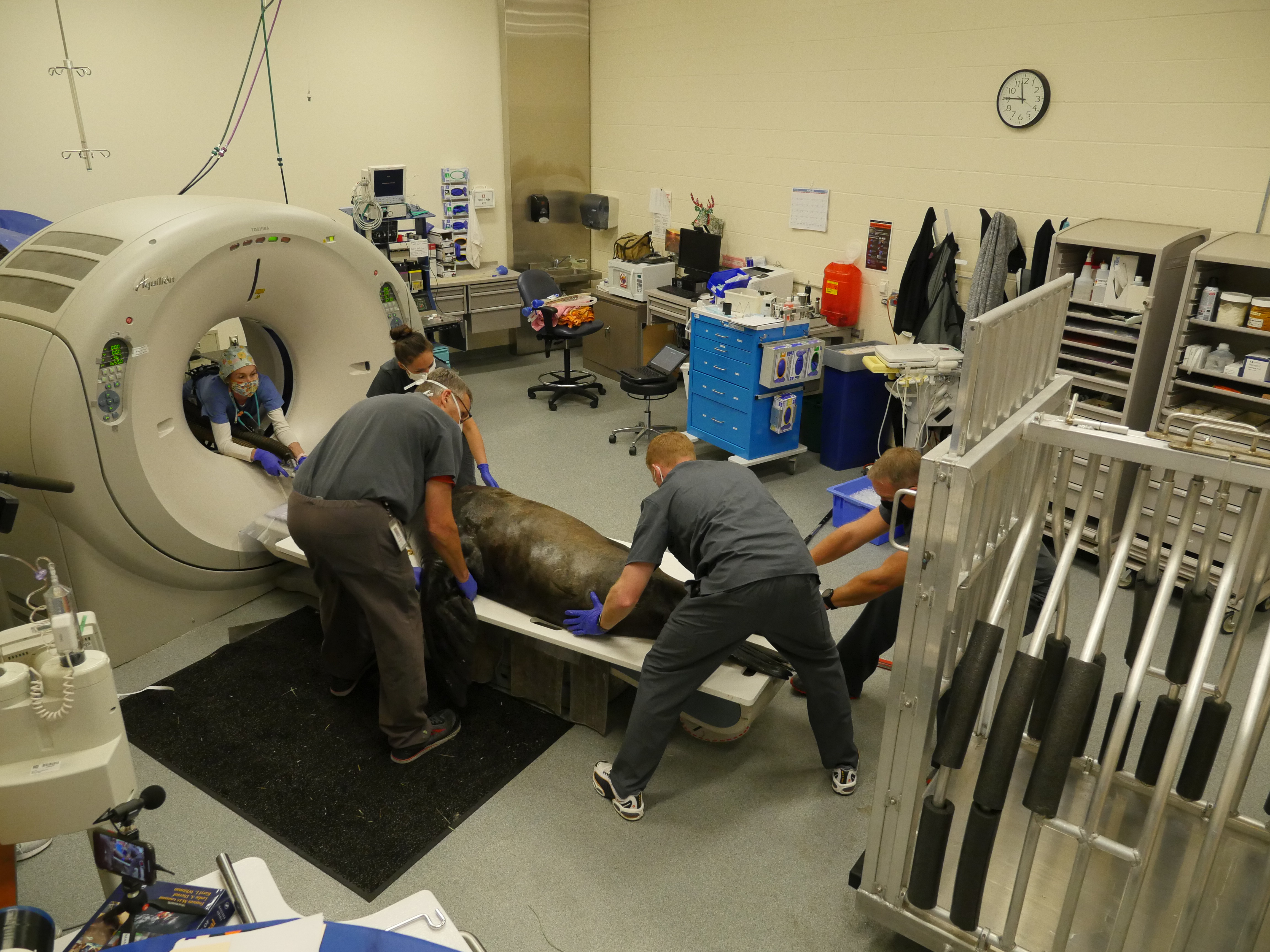