CORVALLIS, Ore. – Sisters Rachelle and Robin McCabe will perform a duo piano concert at 4 p.m. Sunday, Sept. 23 in the LaSells Stewart Center on the Oregon State University campus in Corvallis.

The performance, presented by the School of Arts and Communication in the College of Liberal Arts at OSU, is the sisters’ first in Corvallis in several years.

Seattle natives Rachelle and Robin McCabe each began to study piano at the age of six. After attending the University of Washington as undergraduates, they both went on to advanced study at The Juilliard School in New York.

“We're so attuned to the way the other plays,” Robin said. “We each know how the other will end a phrase or curve a line. We can read each other.”

Rachelle describes playing with Robin as “...a conversation between two people, but the two people are sisters who know each other inside and out. There is a lot of intuition, trust, love and respect.”

Performing on two concert grand pianos, the McCabe sisters will open with one of the most revered works written for two pianos, “Variations on a Theme of Haydn, op. 56b” by Johannes Brahms.

Rounding out the first half, and joining in the global "Bernstein at 100" celebration marking the 100th birthday of Leonard Bernstein, the McCabes will present a popular and energizing arrangement of
“Symphonic Dances from West Side Story.”

The second half of the concert will begin with the rhythms, colors and dark harmonies of Andalusian folk music, as the McCabes perform "Three Andalusian Dances" by Manuel Infante. Andalusia is a large area bordering Spain’s southern coast, famous for flamenco, fiestas, bullfighting and for inspiring numerous writers, poets, painters and composers.

The concert finale will be a fantasy on beloved songs from George Gershwin's “Porgy and Bess,” including “My Man's Gone Now,” “Summertime,” and “I Got Plenty O' Nuttin'.”

The LaSells Stewart Center is located at 875 SW 26th St. Tickets are $10 in advance or $15 at the door with open seating. Youth eight through 18 and OSU students with ID will be admitted for free. To purchase tickets in advance, visit https://liberalarts.oregonstate.edu/performance-and-visual-arts-events  or call 541-737-5592.

SAC Presents participates in Corvallis Arts for All. If tickets remain on the evening of the performance, individuals in the SNAP program with an Oregon Trail Card may purchase up to two tickets at $5 each starting one hour prior to each performance. Call for availability.

For more information and for accommodations for people with disabilities, call 541-737-5592.

This performance is funded in part by donations made during the Cornerstone Campaign for the Arts and by OSU Friends of the Arts. 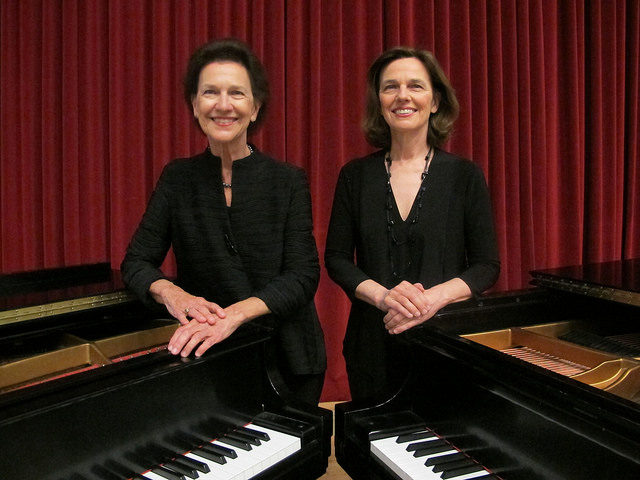