Six months later, more than a dozen Oregon State University College of Forestry researchers are probing the blazes’ aftermath in a range of ways, including stream studies in multiple western and southern Oregon watersheds and a look at fire’s ramifications for biodiversity in a collection of southwestern Oregon forests.

In Douglas County, the Archie Creek fire accounted for roughly one-tenth of Oregon’s burned acreage and claimed 109 homes. While the devastation is obvious, the fire also opened the door to a rare research opportunity, Oregon State hydrologist Kevin Bladon says.

“The fire burned an area for which we have all this historical data on stream flow, water temperature, sediment, nutrients and fish,” said Bladon, a researcher in the College of Forestry. “Going back there now and measuring the same parameters will provide some really robust insight into the effects of wildfire.”

Established in the early 2000s, the Hinkle Creek study was set up to see how the Oregon Forest Practices Act and modern logging systems protect forest streams during harvest operations, looking at the effects of logging across entire watersheds.

“The study we’ll do over the next four years will be one of only a couple, ever, around the world that have had prefire data on all of the parameters we gathered earlier,” said Bladon, who has been studying wildfire’s effects on water quality for 17 years. “We should be able to go back and look over our shoulder and get a really clear sense of the effects of fire as a driver of habitat quality and link that to fish. We’ll be working from headwaters down to the larger river scale to see if effects move downstream to a larger scale.”

Bladon is also collaborating with the Eugene Water and Electric Board and the Pacific Northwest National Laboratory on a stream water project involving the Holiday Farm fire, which tore through the McKenzie River Valley en route to burning 173,000 acres and 430 homes.

“We’ve been deploying real-time monitoring equipment in streams that measure carbon, temperature, dissolved oxygen, electrical conductivity and pH every 15 minutes,” he said. “We’ll pair those data with what we derive from water samplers, which take small samples of water on which we’ll do some detailed chemical analyses.

“We’re looking at a bunch of small catchments and then will be moving downstream to the larger basin scale and try to link that back to different catchment characteristics and fire severity – elevation, slope, aspect, prefire vegetation, soils,” Bladon said. “That will help us get a better handle on what characteristics of a watershed or fire disproportionately contribute to the problems of downstream water quality.”

Two years ago, Bladon and a graduate student began calibrating on a highly detailed computer model known as a SWAT – soil and water assessment tool – for the North Santiam and McKenzie watersheds. Just before this year’s catastrophic fires, they were about to simulate fires in the model using past fires to predict what effects future fires might have on water quality in those basins.

“The fire data we were going to use came nowhere close to the scales of the fires that actually burned those areas last year,” he said. “But now we can just use the data from the 2020 fires and run the model to predict what we can expect over the long-term regarding stream flow, sediment and carbon in the two basins.”

In addition, Bladon is working on lining up funding for studies involving postfire management – “things we might do to speed up forest recovery.”

“Salvage logging, reseeding, herbicides – there are a number of options and we need a lot more research on how forests might respond,” he said. “We don’t have a great understanding on where we should be doing salvage and where other treatments might make more sense, so we’re hoping to launch studies to address some of those questions.”

Meanwhile, OSU fire ecologist Meg Krawchuk is studying the early seral biodiversity that results from stand-replacing events like the 2020 fires; early seral refers to ecosystems that occupy a site following such an event.

“We’re comparing stands in southwestern Oregon based on three disturbance ‘treatments,’” she said. “The first is burned by high-severity fire, the second is high-severity fire plus salvage logging, and the third is intensive forest management on tree plantations.”

The question Krawchuk is asking, along with Ph.D. student Graham Frank: How does biodiversity vary across these three disturbance types?

“Who are the winners and losers over one to 20 years?” she said. “We’ll collect data on birds, bees, plant communities, carabid beetles and forest structure. For the fire-generated early seral sites, this provides a nice look into the ecological winners following high-severity fire.”

Krawchuk and research associate Cameron Naficy are also doing more work on fire refugia, examining patterns and implications of fire footprints like the ones left by the 2020 blazes. Fire refugia, Krawchuk explains, are a subset of the broader concept of climate refugia – locations that are relatively protected from the effects of climate change.

“Fires are mosaics,” she said. “Where are the locations that persist as fire refugia within burn mosaics, and what drives that pattern? That’s what we’re trying to find out.” 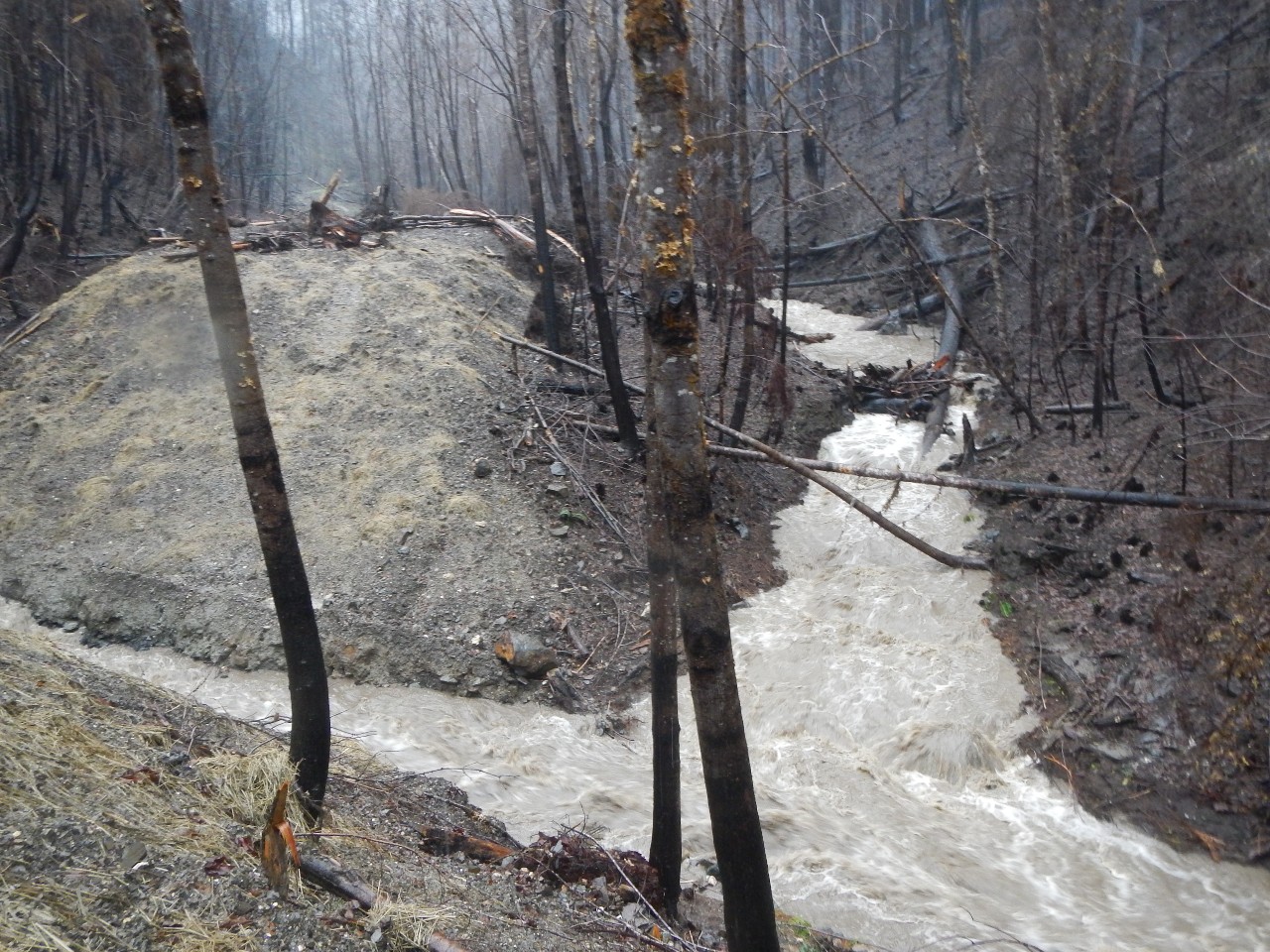 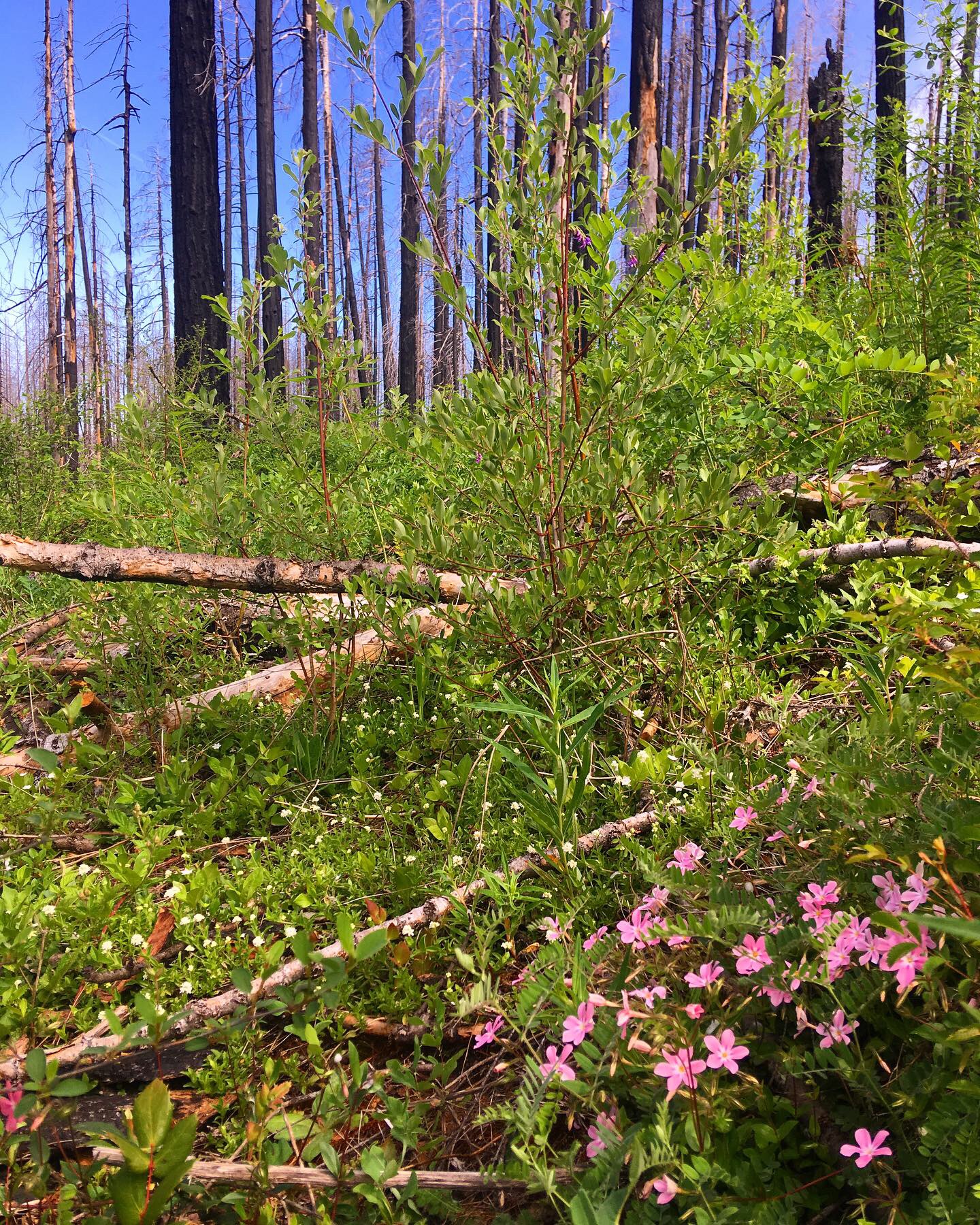