Sixth TRACE-COVID-19 survey in Corvallis estimates 13 people in 1,000 had virus

CORVALLIS, Ore. – Oregon State University’s sixth round of door-to-door sampling throughout Corvallis by TRACE-COVID-19 field workers on March 13 and 14 suggested 13 people per 1,000 in the community carried the novel coronavirus on those days.

The latest round of sampling yielded between one and nine positive tests – the exact number is not released publicly to protect participant privacy – and genetic sequencing of the positive samples showed a mixture of two viral variants.

One is B.1.429, considered a variant of concern by the Centers for Disease Control and Prevention because of its increased transmissibility. The B.1.429 variant has circulated in Corvallis since at least early 2021 and is responsible for most of the cases identified among OSU students. The other variant has been in Oregon since summer 2020 and is not classified as a variant of concern by the CDC.

TRACE field workers also gathered information regarding vaccination status, allowing researchers to estimate that at the time of sampling, 18.1% of Corvallis residents had been fully vaccinated and 28.9% had received at least one dose.

“As vaccination progresses, we can all contribute by continuing to practice the safety measures described by the CDC and our local public health agencies,” said TRACE project leader Ben Dalziel, an assistant professor in the OSU College of Science. “We are not out of the woods yet, and it is important to reduce barriers to access to vaccination as much as possible. Our prevalence estimate was slightly higher in September than it was during sampling in April, May and June, and now it’s quite a bit higher yet. ”

Wastewater analyses by Oregon State from March 13 and 14 were consistent with the 13-per-1,000 prevalence estimate, added Tyler Radniecki, a researcher in the College of Engineering and one of the TRACE project’s principal investigators.

Genetic material from the SARS-CoV-2 virus, shed by people who are infected, was present in Corvallis sewage overall at “moderate” levels, said Radniecki, who directs the wastewater testing with engineering colleague Christine Kelly.

During the latest round of door-to-door canvassing, TRACE field workers received samples from 514 community members at 347 homes; 67% of the households visited agreed to participate.

“TRACE’s prevalence estimate is based on a variety of inputs including test sensitivity, number of people tested and where those testing positive live,” said OSU College of Science assistant professor Katie McLaughlin, a TRACE principal investigator who leads the statistical analysis.

“Continued caution is clearly warranted with this increase in prevalence,” added TRACE co-leader Jeff Bethel, an associate professor in OSU’s College of Public Health and Human Sciences. “Everyone is understandably getting tired of wearing masks and physical distancing, but it’s important that we remain disciplined.”

During door-to-door TRACE sampling, those who chose to take part were asked to provide information such as their name and date of birth; fill out a simple consent form; and answer a few confidential, health-related questions.

Participants were given a nasal-swab test kit that they administered to themselves inside their home and to their minor children if they wanted them to take part. The field staff waited outside, and the participants left the completed test kits outside their front door.

The field workers provided participants with information about the project and how they will receive their results – available in a few days – as well as health guidance from the Benton County Health Department and the CDC. Participants received their results and those of their minor children by secure email with receipt by mail as a backup. Personal and health information are safeguarded.

The TRACE project is a collaboration of five OSU colleges – Science, Agricultural Sciences, the Carlson College of Veterinary Medicine, Engineering, and Public Health and Human Sciences – plus the OSU Center for Genome Research and Biocomputing. The project, which has conducted 12 rounds of community sampling overall, works in partnership with the Benton County Health Department in Corvallis, Deschutes County Public Health for surveys in Bend and Redmond, and other county health departments around the state.

TRACE-COVID-19 has received funding from OSU, the David and Lucile Packard Foundation, PacificSource Health Plans and the Oregon Health Authority and has been aided by work from the OSU Foundation and the OSU Alumni Association. 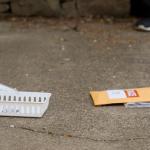