CORVALLIS, Ore. – New research suggests size is the main factor that predicts how calcifying organisms will respond to ocean acidification.

The findings shed key light on which information is most important for projecting the effects of ocean acidification, a byproduct of rising carbon dioxide levels in the atmosphere.

Previously, many different drivers had been proposed to predict how different species will respond to ocean acidification, including evolutionary relatedness, habitat, and morphology.

But a study of five species of coralline algae found that these factors play far less role in physiological performance in the face of sinking pH levels than the organism’s size.

“Decades of research have shown that calcifying species are negatively affected by ocean acidification,” said the study’s corresponding author, Allison Barner, who did the research while completing her Ph.D. in integrative biology at Oregon State University. “But even closely related species can have different responses to acidification and not much was known about the drivers that shape this variation.”

About 30 percent of the carbon dioxide in the air ends up in the sea, where it causes a reduction in carbonate ions – a key building block for a variety of calcifying organisms, including not only the algae in the study, but also animals like mussels, sea stars, oysters and corals.

Barner and colleagues in the OSU College of Science tested multiple hypotheses for predicting how the five species of turf-forming algae, native to the Pacific Northwest coast, would perform physiologically in acidified conditions.

In addition to running experiments that simulated future ocean acidification conditions, Barner and colleagues measured a suite of properties for each species, including its habitat distribution along the Oregon coastline and its size, surface area and shape.

“All of the species had declining calcification with short-term increases in acidification,” said Barner, now a postdoctoral scholar at the University of California, Berkeley. “And the findings supported the hypothesis that organismal size is the best predictor of an individual’s physiological performance under acidified conditions. Importantly, we can rule out the scenario that each species might have a different response to ocean acidification.”

By understanding the factors that control species response, Barner says, scientists may be able to better predict how groups of organisms might respond to ocean acidification and other climate change factors, beyond one species at a time.

“Coralline algae are among the most vulnerable calcifying species to an acidifying ocean,” Barner said. “The ecological consequences of coralline algae decline are likely to be high, as they play key roles in many marine ecosystems.”

Previous experiments from the same researchers found that in Oregon, coralline algae act as a “nursery” for other species, providing habitat for a diverse assemblage of animals and seaweeds.

Findings from the most recent research were published today in Global Change Biology. 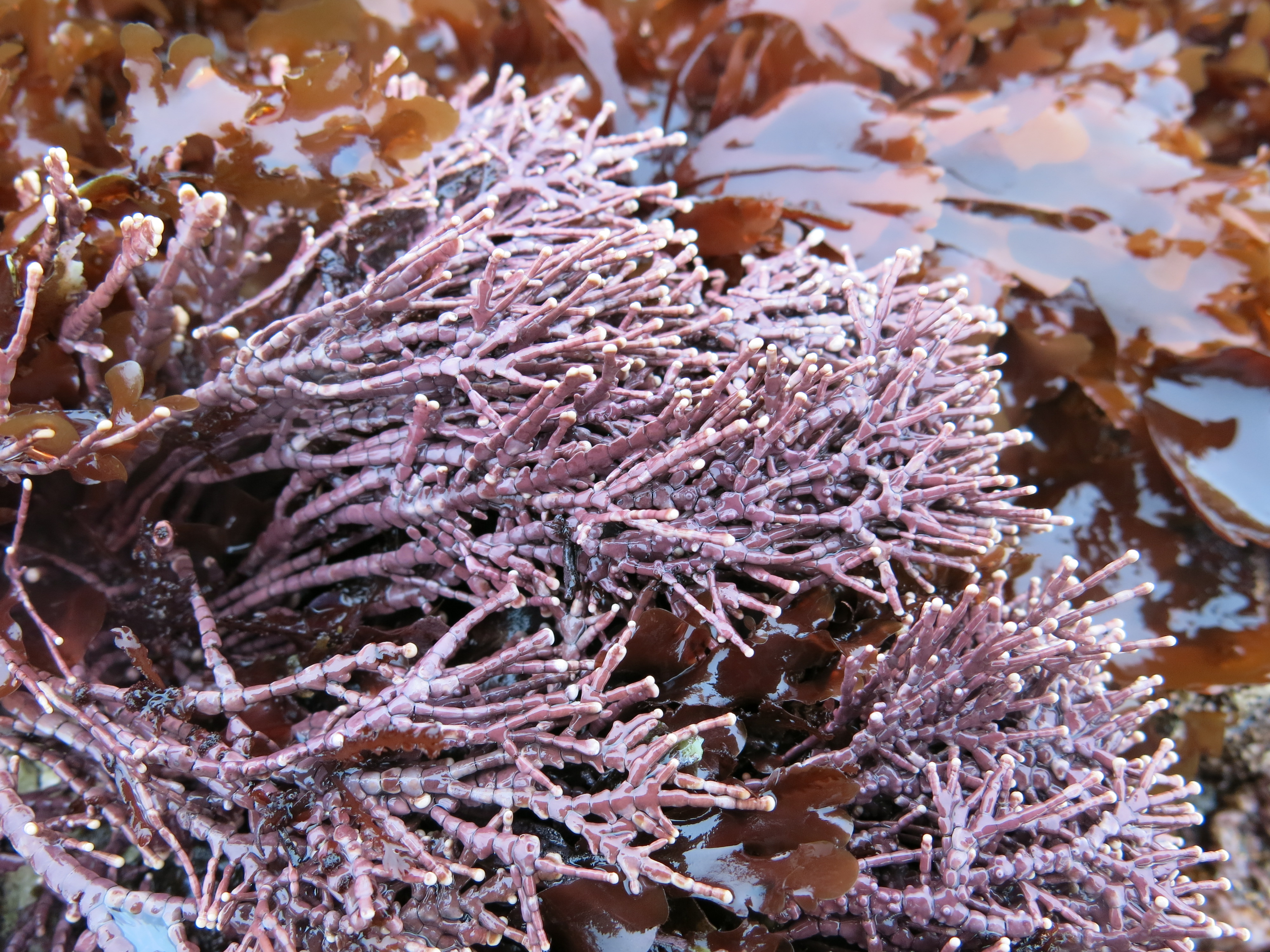