CORVALLIS, Ore. – A study that included the first-ever winter sampling of phytoplankton in the North Atlantic revealed cells smaller than what scientists expected, meaning a key weapon in the fight against excess carbon dioxide in the atmosphere may not be as powerful as had been thought.

Thus, commonly used carbon sequestration models might be too optimistic.

The Oregon State University research into the microscopic algae, part of NASA’s North Atlantic Aerosols and Marine Ecosystems Study, was published this week in the International Society for Microbial Ecology Journal.

The findings are significant because the spring phytoplankton bloom in the North Atlantic “is probably the largest biological carbon sequestration mechanism on the planet each year, and the size of cells determines how fast that carbon sinks,” said the study’s corresponding author, OSU College of Science microbiology researcher Steve Giovannoni.

Phytoplankton are microscopic organisms at the base of the ocean’s food chain and a key component of a critical biological carbon pump. Most float in the upper part of the ocean, where sunlight can easily reach them.

The tiny plants have a big effect on the levels of carbon dioxide in the atmosphere by sucking it up during photosynthesis. It’s a natural sink and one of the largest ways that CO2, the most abundant greenhouse gas, is scrubbed from the atmosphere. Understanding how and why phytoplankton bloom every spring is critical to learning how the Earth’s living systems could respond to global climate change.

As the ocean pulls in atmospheric carbon dioxide, phytoplankton use the CO2 and sunlight for photosynthesis: They convert them into sugars the cells can use for energy, producing oxygen in the process.

The phytoplankton cells absorb that CO2 eventually sinking to the bottom of the ocean as they die. The planet’s ecological health depends on regular plankton blooms such as the spring event in the North Atlantic in which huge numbers of phytoplankton accumulate over thousands of square miles.

The larger project that Bolaños and Giovannoni were part of, the North Atlantic Aerosols and Marine Ecosystems Study, was led by Michael Behrenfeld of the OSU College of Agricultural Sciences. The team used ship- and aircraft-based measurements and satellite and ocean sensor data to help clarify the annual phytoplankton cycles and their relationship with atmospheric aerosols.

Aerosols are minute particles suspended in the atmosphere that can affect the Earth’s climate and radiation budget – by bouncing sunlight back into space and, in the lower atmosphere, by modifying the size of cloud particles, which changes how clouds reflect and absorb sunlight.

Bolaños, Giovannoni and their collaborators sampled phytoplankton in the western North Atlantic in both early winter and spring to try to get a handle on how the phytoplankton community transitioned between those seasons.

In earlier research, Behrenfeld found that the increase in numbers of phytoplankton, shown by chlorophyll and carbon concentrations, begins in midwinter when growth conditions are at their worst rather than being started by the onset of spring weather.

“The surface layer of the North Atlantic is deeply mixed in winter by storms and temperature-dependent ‘convective’ mixing,” Behrenfeld explained. “This causes phytoplankton to be spread more thinly in the water, making it tough for the tiny animals that eat phytoplankton to track their prey. The reduction in feeding enables the phytoplankton to get a head start in growth as an opening act to the massive bloom that occurs once the winter storms fade and conditions for growth get better. By spring’s end, the grazers have made up the lost ground, eating the phytoplankton as it grows and bringing the bloom to an end.”

About half of the organisms in the spring bloom that the researchers sampled could not be genetically traced to the winter samples, Bolaños said.

“This suggests that there are life history strategies by which phytoplankton that are undetectable in winter can rise to high numbers in the spring, or there is a quick community turnover due to the circulation of water masses,” he said.

Bolaños added that diatoms, thought to dominate phytoplankton blooms in the North Atlantic, often were not a big part of the samples’ genetic profiles, and when they were a big part, the cells were small – either of the nano-phytoplankton variety or at the smaller end of the micro-phytoplankton scale.

“Biogeochemical models are often influenced by the perception that North Atlantic phytoplankton blooms are composed of large cells,” he said. “That perception has been perpetuated by models that assume that diatoms are uniformly large cells. But they’re not.”

Algorithms that predict carbon export from satellite-sensed chlorophyll tend to assign high export rates to phytoplankton blooms on the belief, based on observations from the eastern North Atlantic, that large diatoms dominate at their climax.

The findings of this study, Giovannoni said, suggest that extrapolating those observations to the western North Atlantic may not be a valid practice.

“We’re not certain whether our new observations of small phytoplankton in the western North Atlantic are due to physical differences between the western and eastern North Atlantic, ocean warming and higher atmospheric CO2 concentrations, or constraints of earlier research methods,” he said. “There’s also a chance our observations were an anomaly, a coincidence. We don’t know for sure.”

Cells less than 20 micrometers in diameter made up most of the phytoplankton biomass in the study samples. Diatoms were important contributors but not the main component of biomass.

“We found that diverse, small phytoplankton taxa were unexpectedly common in the western North Atlantic and that regional influences play a large role in community transitions during the seasonal progression of blooms,” Giovannoni said. “The profoundly contrasting composition of the winter community, and the domination by small taxa that we found in the spring, are system features that alter our perspective and are areas for future research. Our results could have major implications for understanding how the blooms affect regional carbon biogeochemistry – the multispecies blooms we describe can have lower carbon export efficiencies than the models typically allow for.” 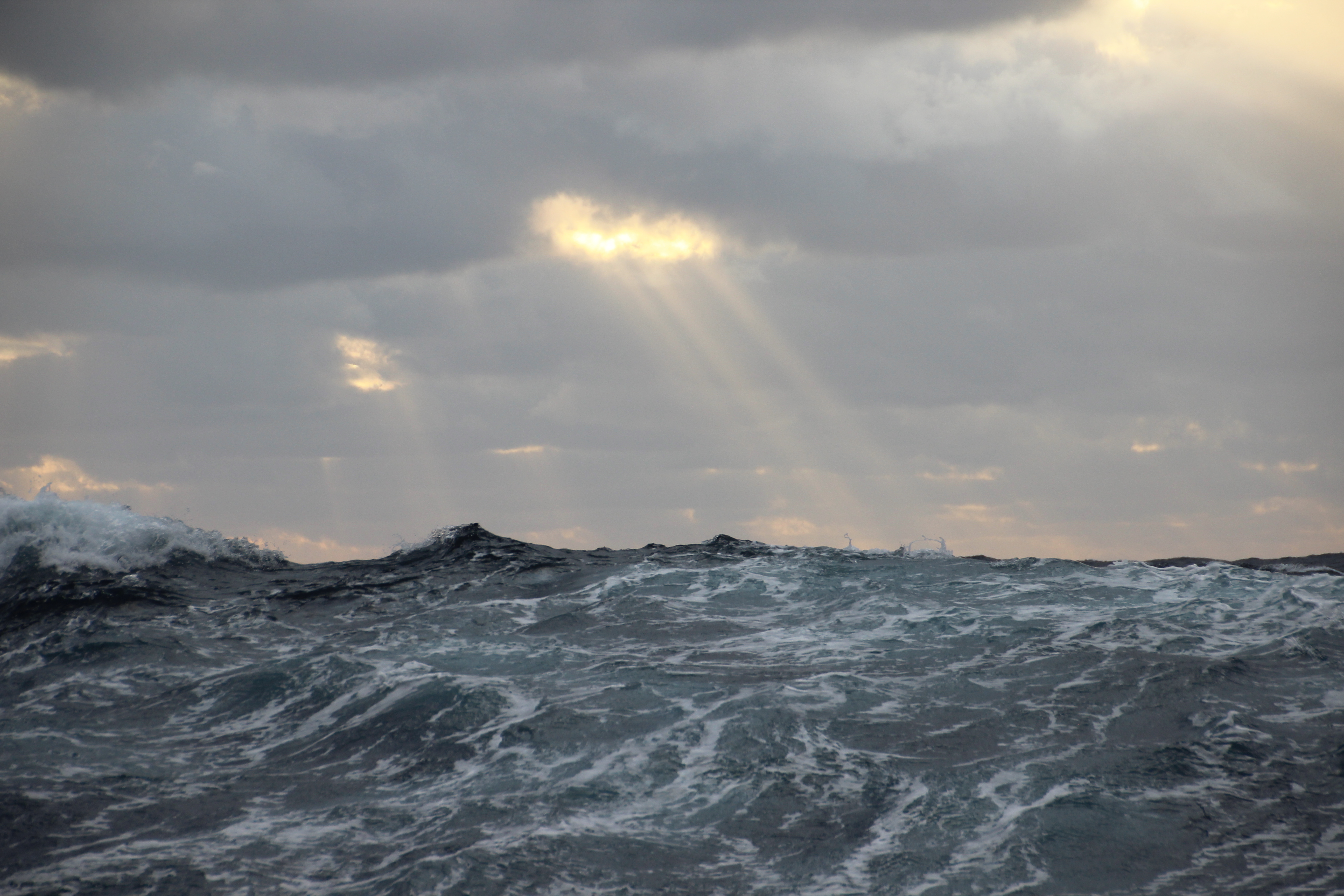 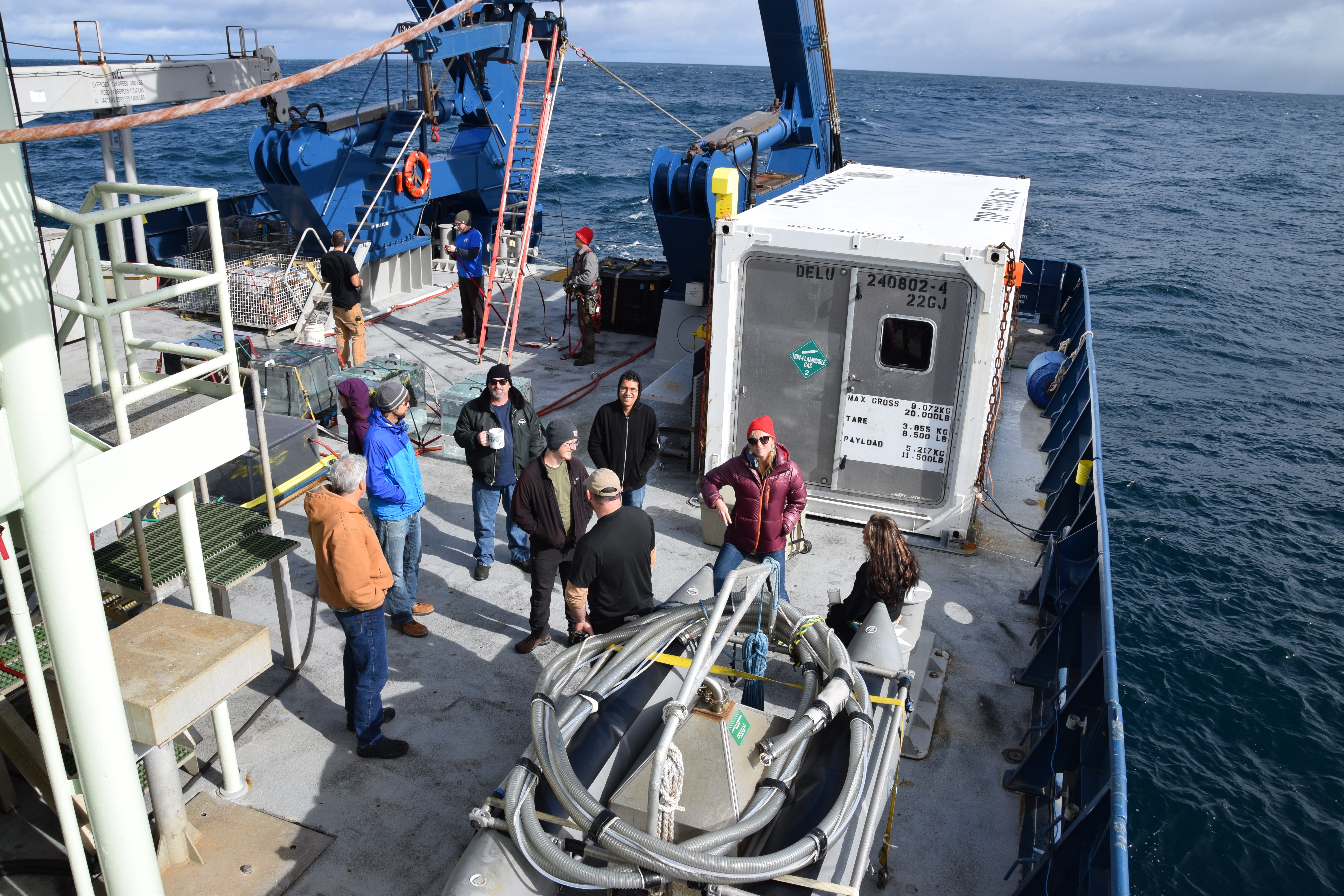