Solar arrays could be used as resources for plant productivity, study shows

In a study published Thursday in the journal PLOS One, a research team in OSU’s College of Agricultural Sciences found that grasses favored by sheep and cattle thrive in the shade of a solar array installed in a pasture on the OSU campus.

The results of the OSU study indicate that locating solar panels on pasture or agricultural fields could increase crop yields, said corresponding author Chad Higgins, an associate professor in the Department of Biological and Ecological Engineering.

“There are some plants that are happier in shaded environments,” he said. “The amount of water that went into the making those plants is tremendously smaller than in the open field. You get double the yield, less water and all the solar energy.”

The concept of co-developing the same area of land for both solar photovoltaic power and conventional agriculture, known as agrivoltaics, dates to the early 1980s. Ground-mounted solar arrays typically aren’t placed on farms with the intent to grow crops.

“The idea of locating solar panels on farm isn’t new,” Higgins said. “The difference here is that this solar array was installed without the intent to influence plant production. It was by accident. Nobody engineered this system. Now we’re trying to develop a deeper understanding of how we can engineer the system to be technically feasible, environmentally sound and economically viable.”

OSU has solar project sites in Corvallis covering 10 acres that have the capacity to generate 2.6 million kilowatt-hours of power per year. This study focused on the 35th Street Solar Array installed in 2013 on the west side of the OSU campus.

Walking past the array one day, Higgins and colleagues noticed green grass growing in the shade of the panels. In May 2015, they installed microclimate research stations that recorded mean air temperature, relative humidity, wind speed, wind direction and soil moisture. By August, the instrumentation revealed the areas under the solar panels maintained higher soil moisture throughout the three-month period.

The result was striking, Higgins said. The areas under the array produced double the amount of plant material than the unshaded areas, including an increase in in nutritional value of plants. The researchers also noted a significant increase in late-season plant growth.

“It’s like a tortoise and a hare race,” Higgins said. “The plants that experience the full brunt of the sun use their water resources as quickly as possible. They grow to the extent they can and then they die. On the other hand, the plants in the shade take sips of water because they are less stressed, and they keep chugging along.”

The next step is to test the effect of solar panel placement on certain high-value crops that are suitable to shady conditions, Higgins said.

The study is part of a larger effort to understand links between energy, water and food systems, said Higgins, founder of the Nexus of Energy, Water and Agriculture Laboratory at OSU. The research team included Elnaz Hassanpour Adeh, a doctoral candidate in OSU’s water resources engineering program; and John Selker, Distinguished Professor, both in the Department of Biological and Ecological Engineering. 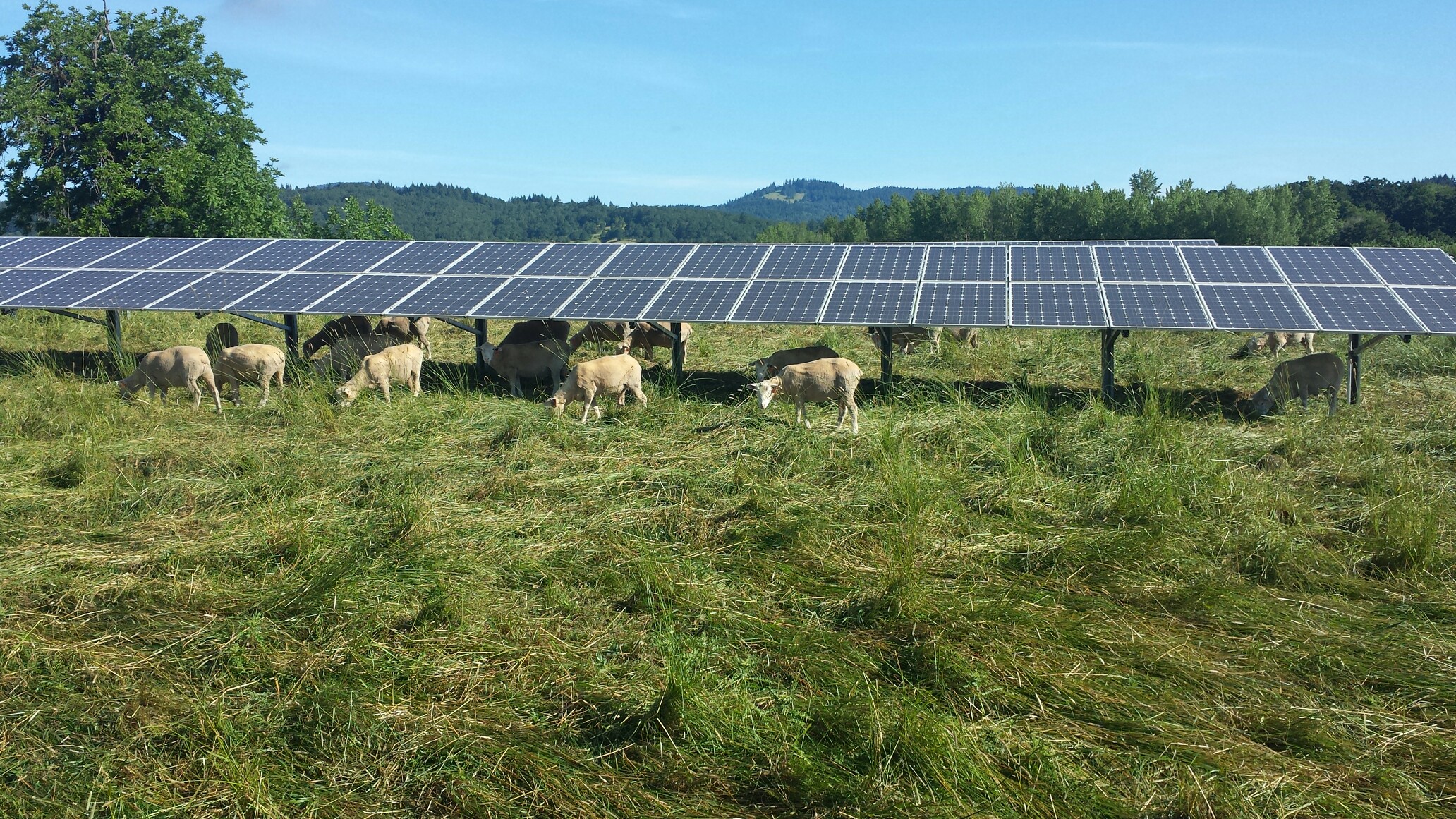 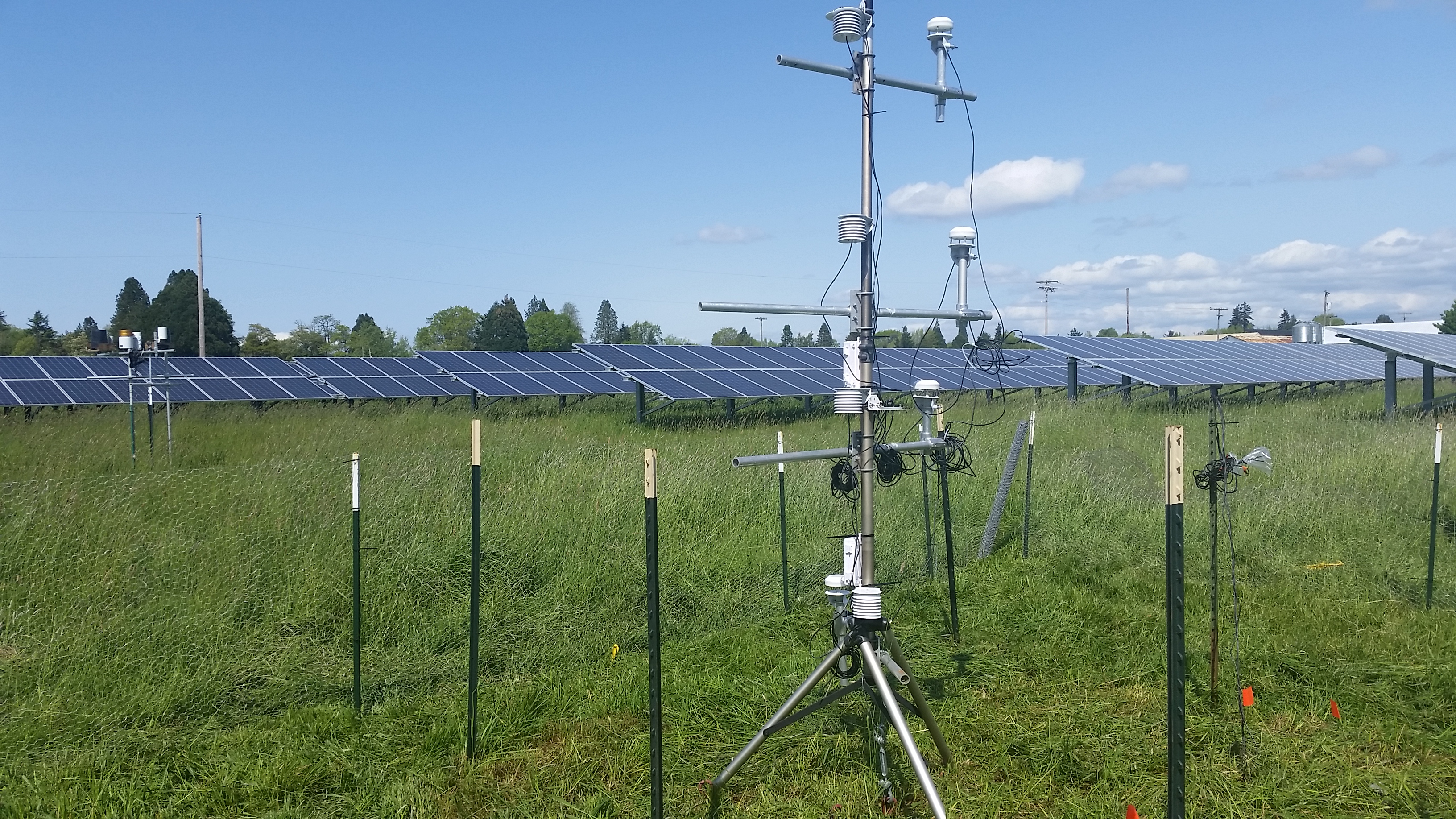