CORVALLIS, Ore. – The way that animal predators work either independently or cooperatively in nature can also explain how human foragers such as fishermen will behave, a new study suggests.

An international research team developed a theoretical framework through which they often are able to predict forager behavior depending on two key factors: exploration difficulty and exploitation potential. When they applied their theory to 84 real-life examples – 51 aquatic organisms and 33 human “capture” fisheries – they were surprised at how frequently their predictions were accurate.

The model supported the outcomes in 66 of the 84 cases, partially supported outcomes in 15 cases, and only missed fully on three fish cases.

Results of the study are being published this week in the journal Ecology Letters.

“If you give us a landscape or seascape, tell us the resource, and describe whether it is sparse or plentiful and how difficult it is to find, then most of the time we can tell you whether there is cooperation among the foragers and how much,” said James Watson, an Oregon State University marine ecologist and co-lead author on the study.

The researchers say the study is important because it can help resource managers make more informed decisions. The research evolved from a National Science Foundation Coupled Natural-Human Systems project that looked at environments in which cooperation emerged, and whether social networking played a role.

Aquatic animals had similar patterns. Fish feeding on drifting invertebrates in rivers and streams and reef fish exploiting algal patches were both characterized by sparse, yet rich patches of prey that related to high exploration difficulty and strong exploitation potential. The result – territoriality.

Both human foragers and animal foragers benefit when their search for prey has high exploitation potential, Watson said.

“For fishermen, that means profit, not just revenue,” he said. “It isn’t just finding and catching fish – you have to weigh in fuel costs, equipment, and time, among other things. It similar in the animal kingdom, where the payoff in prey has to be higher than the energy expended in catching their food.

“The currency is different, but the concept is the same.”

The three examples where the model was in complete disagreement with the outcomes all involved foraging fish. The model predicted, for example, that group-foraging Eurasian perch would behave in a similar manner to adult northern pike, but the perch foraged collectively while pike were more successful when foraging alone.

“Though our focus was on aquatic foraging, the same principal could be applied to other resources using the same two axes of exploration difficulty and exploitation potential,” Watson said. “Mining is one such example, whether it involves oil, gold or diamonds.”

Watson is an assistant professor in OSU’s College of Earth, Ocean, and Atmospheric Sciences. 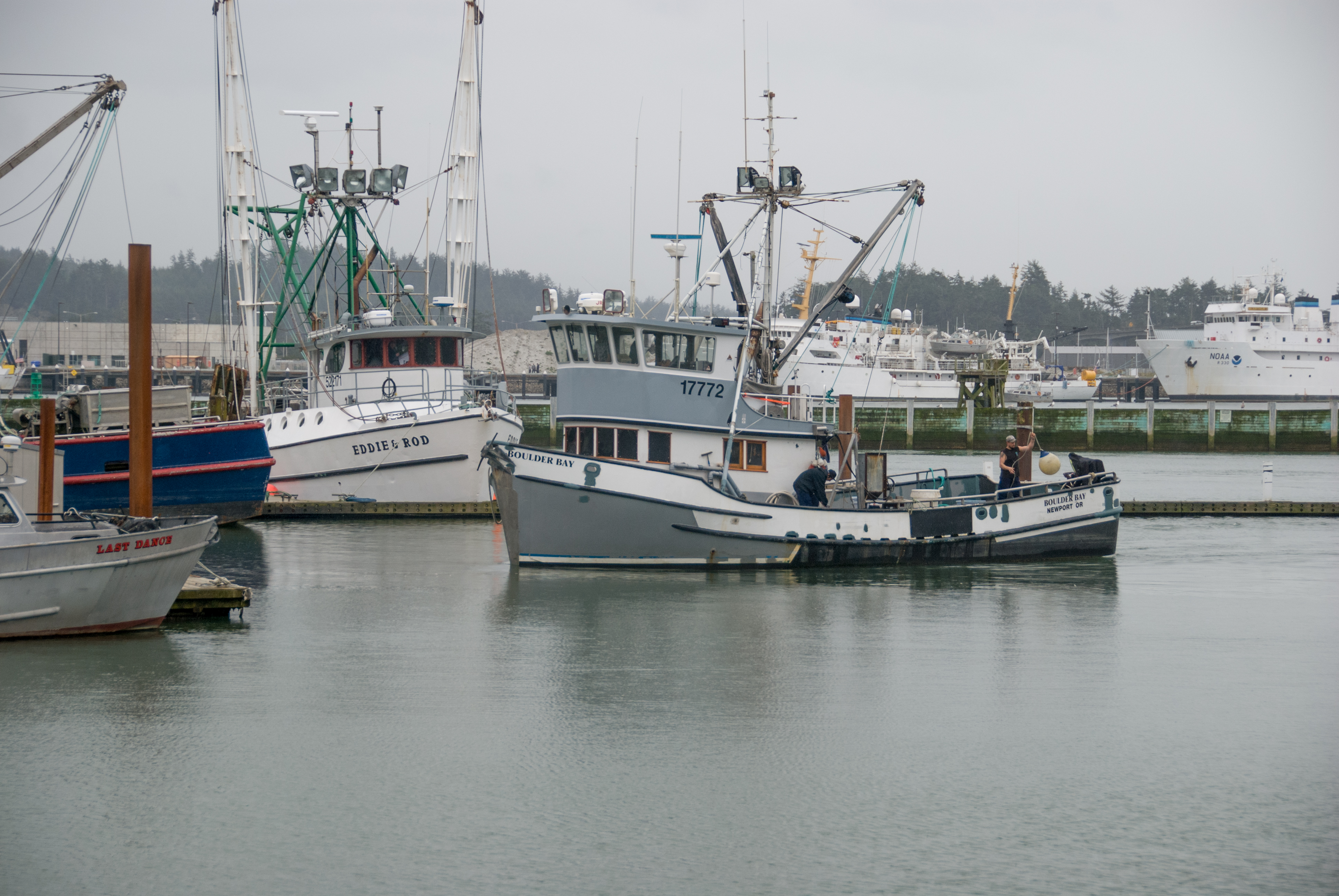