NEWPORT, Ore. – Oregon is known for having a small population of “resident” gray whales that appears to live off our Pacific Northwest coast in the summer and fall – and not taking the long migration north to the frigid but rich feeding grounds of the Arctic Ocean.

As it turns out, our resident gray whales are not all homebodies.

A new study by Oregon State University’s Marine Mammal Institute used satellite tags to track their movements. Researchers found that individuals within the group of 200 or so resident grays had a typical home range from northern California to the southern waters of Alaska – and that most of them traveled to the west coast of Baja California, Mexico, during the winter to breed.

Results of the study have been published in the Journal of Wildlife Management.

Known as the Pacific Coast Feeding Group, the resident gray whales are a subset of the larger Eastern North Pacific gray whale population, estimated at 20,000. They frequently can be spotted close to shore – especially along the central Oregon coast – delighting coastal visitors.

“We found that many of our so-called ‘resident’ gray whales actually move quite a bit,” said Barb Lagerquist, a researcher with the Marine Mammal Institute at OSU and lead author on the study. “Most gray whales in the Pacific Ocean go to the Arctic in summer and fall to feed, then down to Baja to breed, but this small group – for whatever reason – stays for the most part along our coast to feed during summer and fall.”

The study provides one of the most comprehensive looks at the movements of Oregon’s so-called resident gray whales. The data are important for management, researchers say, because of anthropogenic pressures including fishing gear entanglements, ship strikes, and concerns about naval exercises, siting of marine renewable energy facilities and indigenous harvesting.

Lagerquist and her colleagues applied satellite tags to a total of 35 gray whales off the coasts of Oregon and northern California during three separate years. They calculated the home ranges and “core” areas of use from the whales’ locations, which differed greatly among whales. One individual stayed within a 50-square-mile area during the months that the tag transmitted data, while another roamed an area of nearly 8,500 square miles.

“Our results are somewhat skewed because the tags lasted for different lengths of time and we tagged more whales in the southern range of the study than in the north,” Lagerquist said. “Nevertheless, the study fills in a lot of gaps about this population of gray whales about which we know surprisingly little.”

One male gray whale truly earned the title of “resident,” remaining offshore from northern California to the central Oregon coast for the entire 383 days the tag lasted. His preferred spot was between Point St. George in northern California and the Oregon/California border, where he stayed for 137 straight days.

Other “hotspots” for these resident gray whales include the central coast of Oregon (Depoe Bay area), and the southern coast of Washington.

What causes this small population of whales to remain, for the most part, off the Pacific Northwest instead of going north to the Arctic? The researchers are not yet certain.

“We do know that at least some whales have remained in this population subset for years,” she said. “We tagged one female off Point St. George that was first seen in 1985. Many individuals in this group are easily recognizable and a photographic identification catalog maintained by the Cascadia Research Collective in Olympia, Washington, documents the multiple years of which many of these animals have been sighted.”

Other findings from the study: 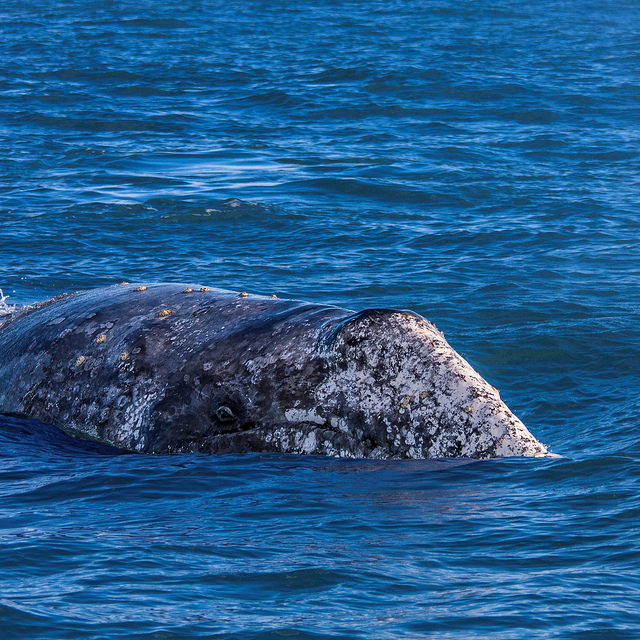 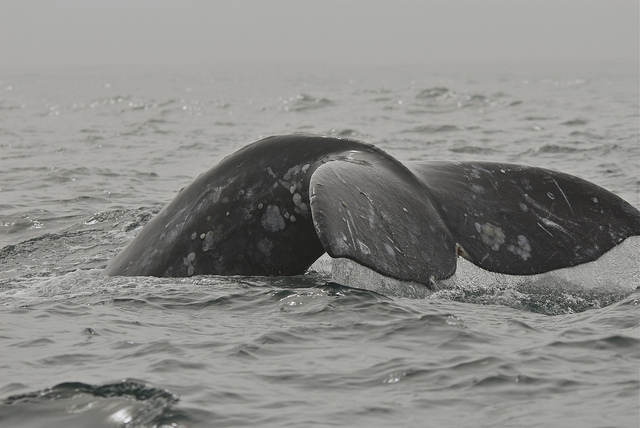