CORVALLIS, Ore. – A collaborative effort among the fishing industry, scientists and resource managers has led to a significant reduction in seabird bycatch in Alaskan longline fisheries since 2002, a new study documents, but researchers say that bycatch incidents are now increasing.

Scientists involved in the effort are unsure of whether the birds – which include the highly endangered short-tailed albatross – have adjusted to the new fishing techniques, or may be seeking new food sources as a consequence of changes in climate or prey availability.

Results of the study have been accepted in the journal Conservation Biology and have been published online.

“We have seen a continued increase in seabird bycatch, especially albatross, in Alaskan longline fisheries, with one of the recent years after our study the highest since 2002,” said Robert “Rob” Suryan, a wildlife specialist at Oregon State University and research ecologist at the NOAA Fisheries Alaska Fisheries Science Center. “We’re not sure if it’s a lack of natural food and more aggressive feeding at boats, or habituation to the deterrents.

“There’s also the possibility that the fishing industry, over the decades with changes in captains and crews, may not be aware of some of the best practices for reducing bycatch,” he said. “Continued work with the fishing industry is critical. It helped develop the initial solution, so there’s no doubt they can help resolve the current problems.”

The study found that albatross bycatch in the sablefish fishery has been increasing in all areas of Alaska over the past two years, while overall seabird bycatch has increased in the Aleutian Islands.

The species known as short-tailed albatross raises the major concern. This long-lived seabird is listed as endangered, and has an estimated population of around 1,000 breeding pairs. The industry is allowed just six confirmed observations of these birds killed as bycatch every two years, or a $300 million fishery risks being shut down or at least curtailed in areas where the bycatch occurred.

“That is one reason that the longline fishing industry first approached scientists and managers in the late 1990s – because they were concerned about the impact of seabird bycatch on their livelihoods,” said Suryan, who was working with the U.S. Fish and Wildlife Service at the time.

It will take many decades to increase the number of short-tailed albatross to historical levels because they are slow to reproduce, reaching 4-8 years of age before breeding, and producing a maximum of one chick per year.

The way longline fishing in Alaska works is that lines with thousands of baited hooks are set by each boat. All species of albatross – and many other seabirds – attack the baited hooks on longlines as they sink in the water, with some becoming entangled. Few if any birds are caught at any one time, but multiplied out to the tens of millions of hooks set each year magnifies the overall impact.

After some experimentation, they came up with several solutions. The simplest was the most effective and involved creating a moving “curtain” using streamers that kept many of the birds away from the sinking bait. By the time the sinking hooks with bait were beyond the streamerlines, the surface feeding birds like albatross, could not reach the bait. This also reduced bait loss, thereby improving catch of target fish, a “win-win” situation.

One fisherman that the research team interviewed estimated their boat made one less trip per year by using streamlines and another boasted they fished an entire season without catching a single bird.

Ed Melvin, a marine fisheries senior scientist with Washington Sea Grant and the lead author of the study, called the solution a “common-sense approach.”

“The beauty of this story is that the decision to test streamer lines – a technology first developed by Japanese tuna fishermen – was made with industry,” Melvin said. “The choice was based on the experience of innovative sablefish fishermen who had found that two lines were highly effective for them. Using two, with one streamer on either side of the stern, was new and unique to Alaska fisheries. The reason streamer lines were adopted voluntarily by Alaskan fishermen, and proved so successful, was because the research program was a bottom-up process.”

In the 1990s, seabird mortality via bycatch was estimated to range from 9,171 to 26,270 birds annually. After industry adopted the best practices, the number plummeted to an estimated 800 to 2,500 birds.

But the increase in bycatch since 2002 concerns and puzzles the scientists, who also analyzed whether time of day affected the bycatch. The results were mixed.

By fishing at night, the overall seabird bycatch decreased significantly – by 74 to 97 percent – and actually resulted in increases in the number of target fish being caught by 7 to 11 percent. However, nighttime fishing caused an increase of 40 percent in the bycatch of one seabird species, the northern fulmar, and an increase in the bycatch of non-targeted fish species of 5 to 17 percent.

Wrote the authors: “Thus best practices to prevent seabird mortalities in longline fisheries varied by species assemblage and fishery and requires strong industry support along with constant vigilance in analysis and reporting of fishery observer data.”

Suryan is an adjunct professor in the Department of Fisheries and Wildlife in OSU’s College of Agricultural Sciences. He formerly was based at the university’s Hatfield Marine Science Center in Newport, Oregon. 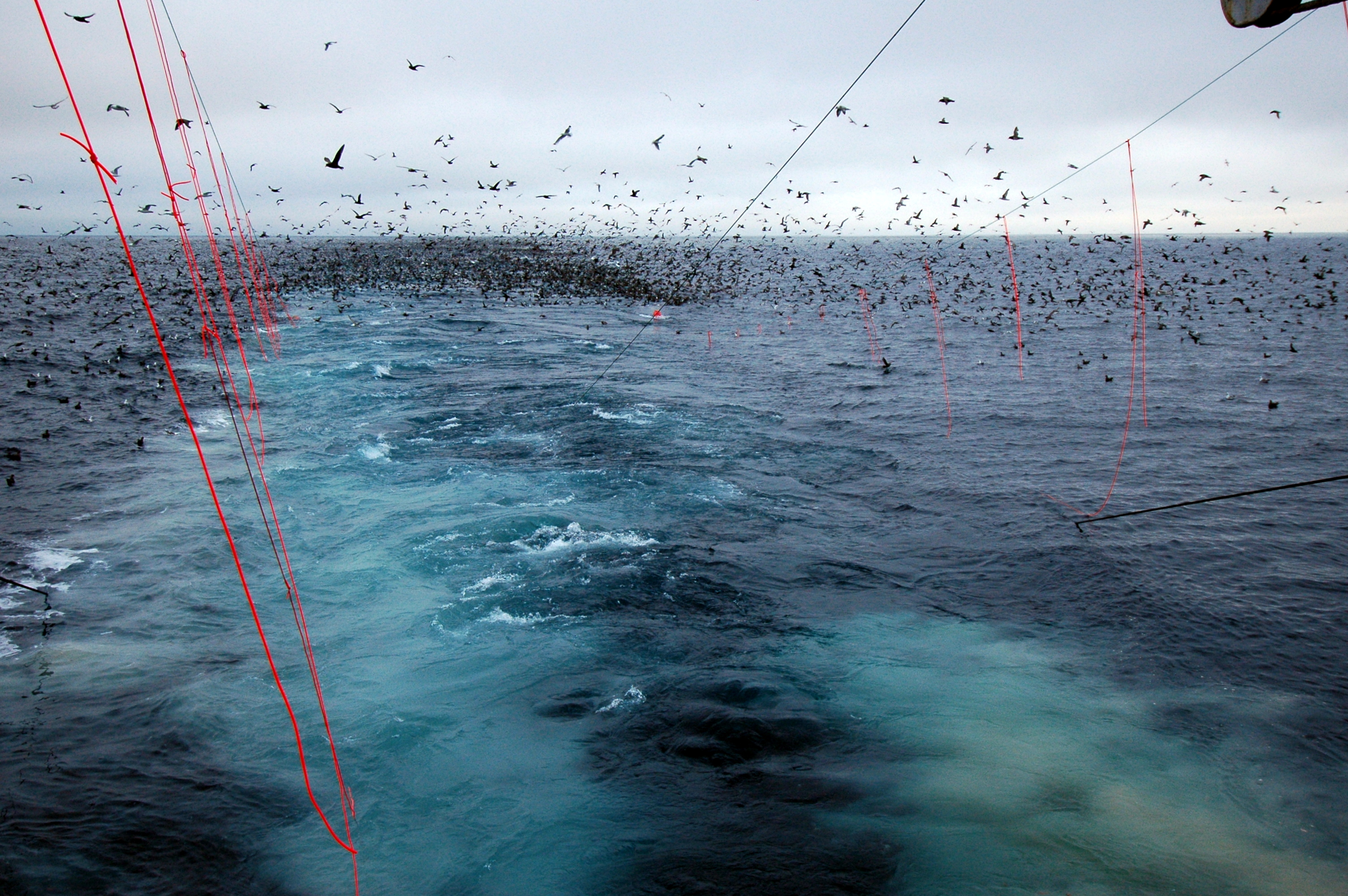 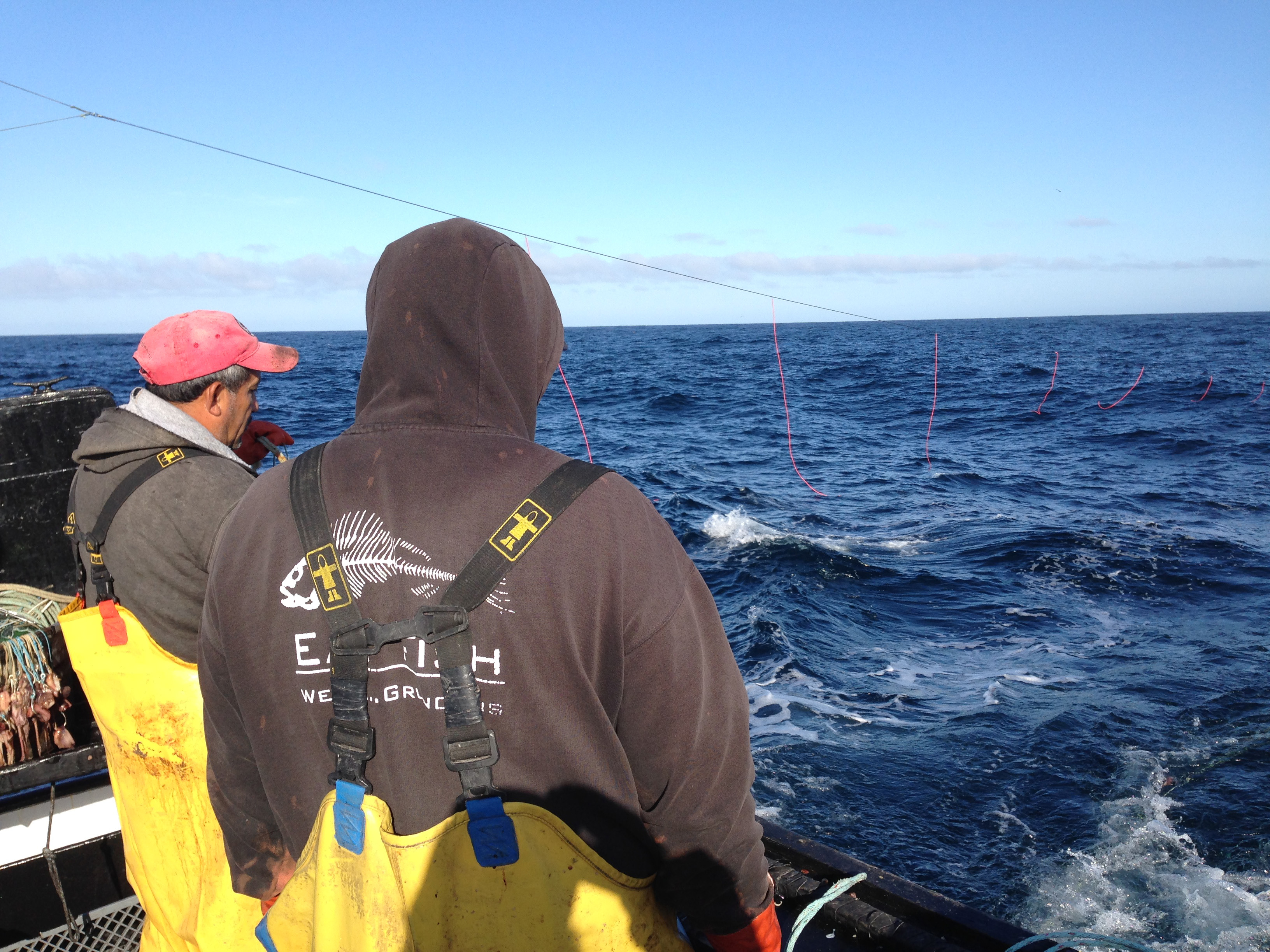