Study yields insights into the ecology of fishing jaguars, including rare social interactions

CORVALLIS, Ore. – Oregon State University researchers and a team of international scientists have gained new insights into the diet, population density and social interactions of a group of Brazilian jaguars.

Fish and aquatic reptiles dominated the diet of the jaguars in a remote wetland area of Brazil, representing the first population of jaguars known to feed minimally on mammals. In addition, motion-triggered video cameras showed jaguars playing, fishing and traveling together.

The findings, recently published in the journal Ecology, run counter to beliefs that jaguars are solitary mammals whose social interactions are limited to courting or disputes over territory, said Charlotte Eriksson, a doctoral student at Oregon State and lead author of the paper.

The research took place in a seasonally flooded protected area in the northern portion of the Brazilian Pantanal, the largest freshwater wetland in the world. Fishing is prohibited in the area. No roads or human settlements are nearby, and cattle ranching is not allowed.

The flooded nature of the region, plus the fact that researchers must cover themselves from head to toe due to an abundance of biting insets, make it a challenging place to work.

“Everything is boat-based,” Eriksson said. “We obviously can’t drive. And we can’t really walk because there is water and there’s a ton of jaguars.”

Taal Levi, an associate professor at Oregon State, initiated the project in collaboration with Brazilian researchers in the region in 2014 after Carlos Peres, a professor at the University of East Anglia in the United Kingdom, described a place rumored to have an unusually high jaguar population density.

Eriksson is a member of Levi’s lab. She began working on the project in 2017 for her doctoral research. Since then, she has visited the Brazilian site twice, in 2018 and for six weeks in August and September of this year.

This finding indicates jaguars in this region have by far the most aquatic diet and the least mammal consumption of any previously studied jaguar, the researchers said. Even tigers in the Sundarbans mangrove forest in India, which may be the most comparable large family of cats in a similar habitat to the jaguars in the Brazilian region, consume mostly land-based mammals.

Researchers also trapped and GPS-collared 13 jaguars, who spent on average 96% of their time in the study area. They estimated jaguar density was 12.4 per 100 square kilometers, or 36 square miles. That density is two to three times higher than what other scientists have found for jaguars in other regions of South America.

The researchers believe the density is so high and the jaguars are interacting socially in ways not seen before because of the abundance and distribution of aquatic prey, which they refer to as aquatic subsidies, in the region. In other words, their biological needs are met so they have energy to burn or play.

“If there is a lot of food around, there is less of a need to fight over it,” Eriksson said.

Researchers used data from 59 camera stations that were operational for 8,065 days from 2014 to 2018. Jaguars were detected on 95% of the cameras. In all, 1,594 videos of jaguars were obtained, representing 69 unique individual animals. The maximum number of unique jaguars captured by one camera was 15, including nine just in 2015.

“Typically you see an apex predator very infrequently on camera because they move over really large areas,” Eriksson said. “Jaguars were the most frequently seen mammal on camera – which is really unusual.”

Researchers documented 80 independent social interactions between adult jaguars. Of those, 85% were between males and females, but 12 were between same-sex jaguars (one female-to-female interaction and 11 male-to-male.) Two males even spent 30 minutes in front of the camera playing.

Other authors of the paper are Levi and Joel Ruprecht, both of Oregon State’s Department of Fisheries, Wildlife, and Conservation Sciences in the College of Agricultural Sciences; Daniel Kantek, Selma Miyazaki and Ronaldo G. Morato from the Brazilian Instituto Chico Mendes de Conservação da Biodiversidade; Manoel dos Santos-Filho from Universidade do Estado de Mato Grosso, Brazil; and Peres. 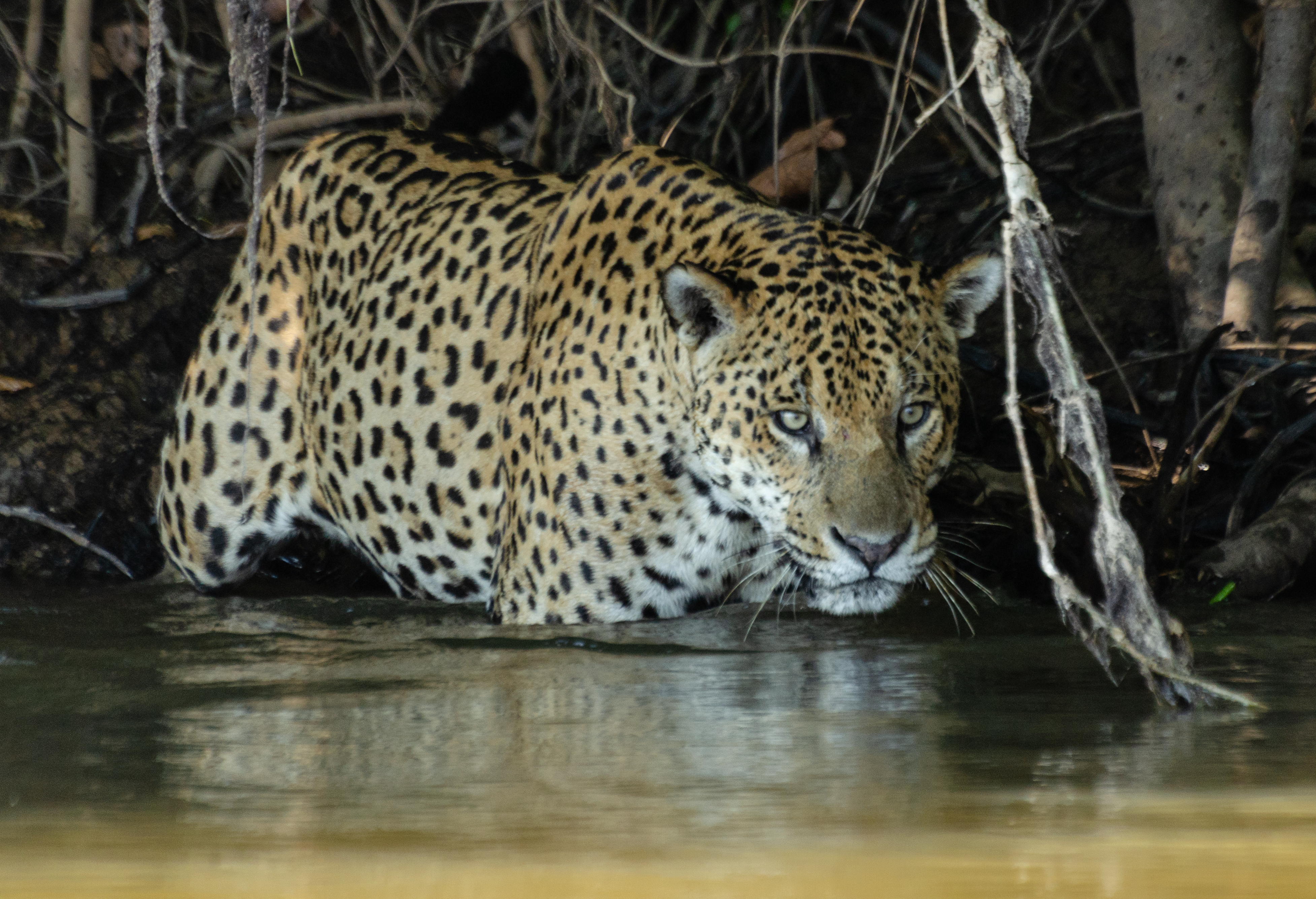 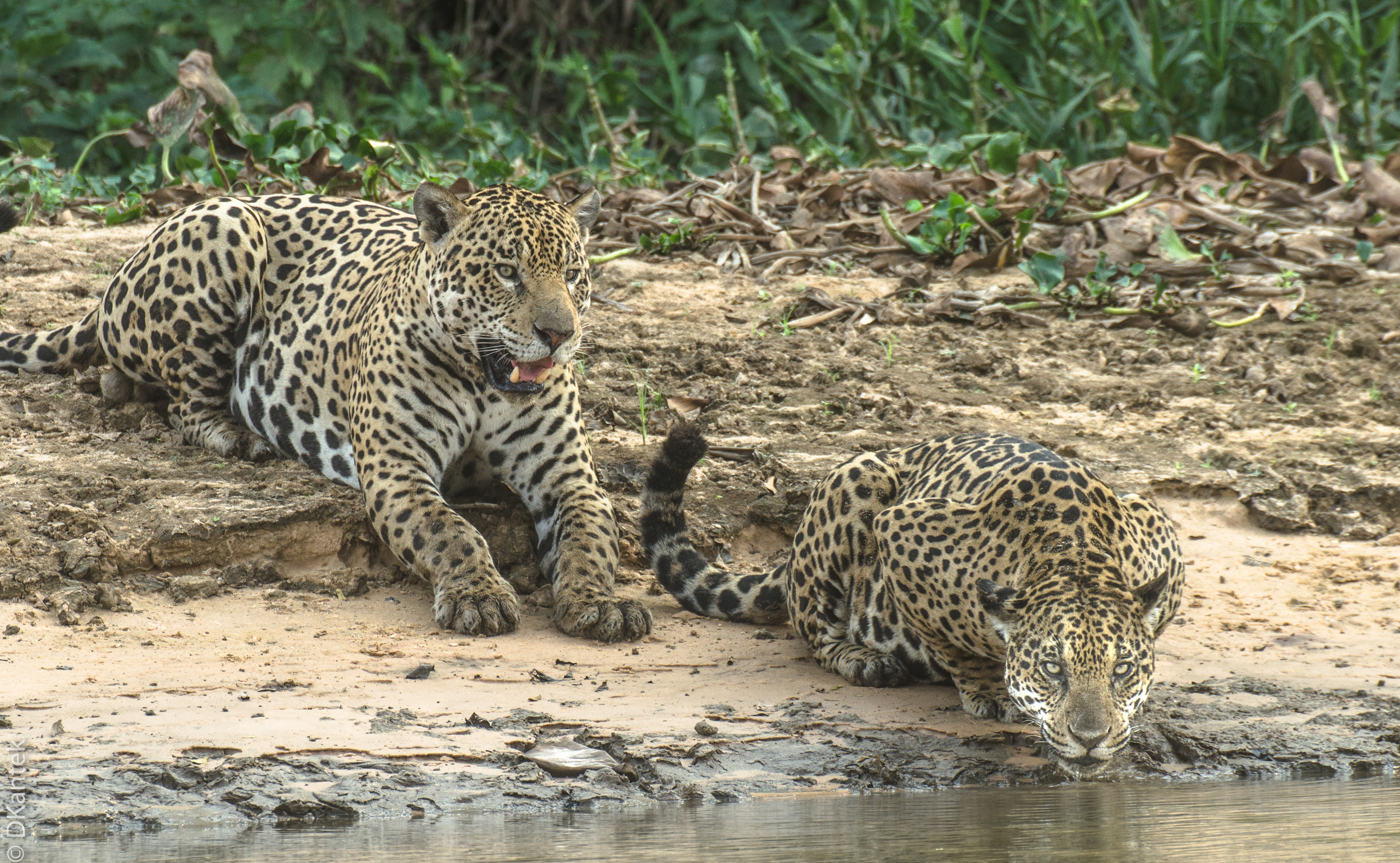