Thinning – removing some trees in a stand to allow more room and resources for the others – can result in enough of a financial offset to prompt some forest managers to grow older stands, 100 years old or more, before harvesting them, the study indicates.

Older stands of trees provide some ecosystem services that younger stands do not, like wildlife habitat and diversity of native shrubs and herbs, and they are also more fire resistant.

The research also shows that study plots subjected to no thinning ended up with trees perishing due to overcrowding and becoming potential wildfire fuel.

“Our work suggests opportunities for managing the hundreds of thousands of acres of young forests on Forest Service and other public lands,” OSU researcher John Tappeiner said. “Those lands were managed as tree farms and are currently densely stocked young stands, both planted and natural, that are not being thinned and are consequently accumulating high volumes of dead trees or fuels.

“Douglas-fir forests can grow vigorously when they are over 100-plus years old, and our research provides forest owners with management options,” he added.

A paper by Tappeiner and three other College of Forestry emeritus professors, based on a long-term study known as the Black Rock Thinning Trial, was published in the Journal of Forestry.

Tappeiner, Darius Adams, Claire Montgomery and Doug Maguire looked at 25 one-acre plots in the Black Rock Unit of the George Gerlinger Experimental Forest in the Coast Range near Falls City, Oregon. Stands in the unit are Douglas-fir, Tappeiner said.

“Those stands regenerated naturally after clearcutting and burning from 1909 to 1913,” he said. “The thinning experiments we’re reporting on started in the late 1950s at an average stand age of about 50 years. It is remarkable that College of Forestry faculty had the foresight to begin a study in the 1950s and maintain it for so many years. The research anticipated the need for information on thinning and the growth of very young stands into old ones.”

The thinning experiments are grouped into four general categories based on intensity and timing: heavy, moderate, light and control (no thinning).

“Without thinning the stands grew with so many trees that trees died from crowding and became potential fuel for future wildfires,” Tappeiner said. “This same situation will likely occur on thousands of acres of young forests on government land in western Oregon. It is a serious issue given the possibility of drier conditions and widespread fire.”

To analyze the economic impacts on private forest owners of thinning and longer rotations, the researchers considered discount rate and opportunity cost.

The discount rate is part of a financial concept called the time value of money – a dollar in hand today is worth more than a dollar you receive in the future – and can be thought of as the cost of waiting for revenue, Adams said. The higher the discount rate, the more expensive it is to wait.

Opportunity cost is the cost associated with choosing one alternative over another, in this case choosing to allow a stand of trees to get older before harvesting.

From an economic standpoint, Adams explained, thinning between one full harvest and the next can reduce the opportunity cost associated with allowing fast-growing younger trees to stay in place beyond the time when their growth – and increase in monetary value – begins to slow down.

“Private owners who manage forest land as a financial investment often have a minimum earnings rate that they are willing to accept on their investment,” he said. “Since the value-growth rate of any timber stand gradually declines as the stand ages, these owners generally opt for shorter rotations, 40 to 60 years, to keep the value growth of their timber at or above their cutoff rate.”

That means, Adams said, longer rotations come with costs to these owners: the opportunity cost of postponing earnings to later dates, and lower rates of return on their investment.

“But assuming repeatable future thinning responses similar to the Black Rock trial, our financial analysis of the opportunity costs of extending rotations to 100 years indicates that some thinning treatments can reduce opportunity costs by up to half at a 6% discount rate, which is a typical cutoff rate for many owners,” he said.

The reduction in opportunity cost may be an inducement to some owners to pursue longer rotations and the expanded ecosystem service yields associated with older stands, the scientists said.

“Plus, active management through thinning can be a tool for both private and public landowners interested in more rapidly developing stands with characteristics of older forests, including fire resistance,” Adams added. 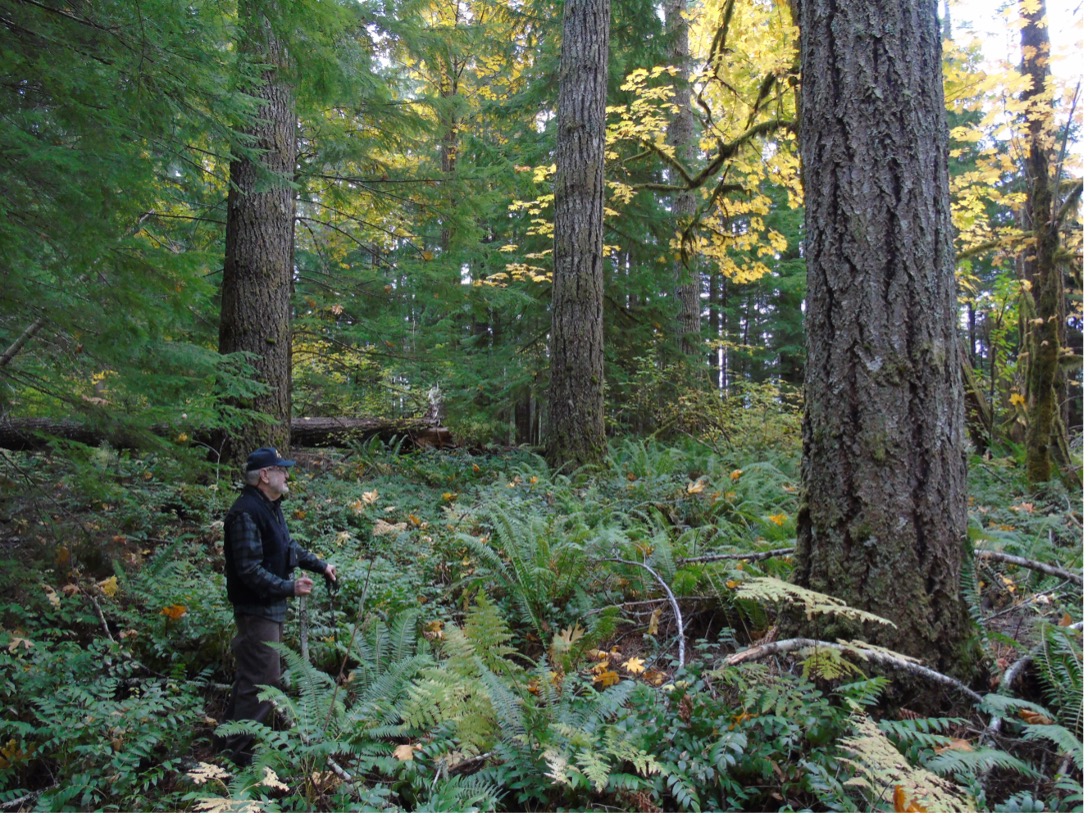