Those fragrances you enjoy? Dinosaurs liked them first

CORVALLIS, Ore. – The compounds behind the perfumes and colognes you enjoy have been eliciting olfactory excitement since dinosaurs walked the Earth amid the first appearance of flowering plants, new research reveals.

Oregon State University entomologist George Poinar Jr. and his son Greg, a fragrance collector, found evidence that floral scents originated in primitive flowers as far back as 100 million years ago as pollinator attractants – a role they still play even though today’s flowers also have colorful petals for luring pollinators.

The research revealed that the flower-based chemical compounds that are the basis for the perfumes and colognes we use today have been providing olfactory excitement to pollinating insects and other animals since the mid-Cretaceous Period.

Without colorful petals, flowers from that period had to rely solely on scents to attract pollinators.

“You can’t detect scents or analyze the chemical components of fossil flowers, but you can find the tissues responsible for the scents,” said George Poinar, professor emeritus in the OSU College of Science.

The study also found that secretory tissues of these Cretaceous flowers are similar in structure to those of their modern descendants. That suggests modern and ancient flowers of the same lineages produced similar essences.

Some of flowers studied were even in the process of emitting compounds at the time they were engulfed by the tree resin that later became amber.

The anther glands on the fossil acacia flower were especially attractive to bees, one of which was fossilized while visiting the stamens. Today, honeybees are still visiting acacia flowers that have the same type of flora glands that existed in the ancient past.

Findings were published in Historical Biology. 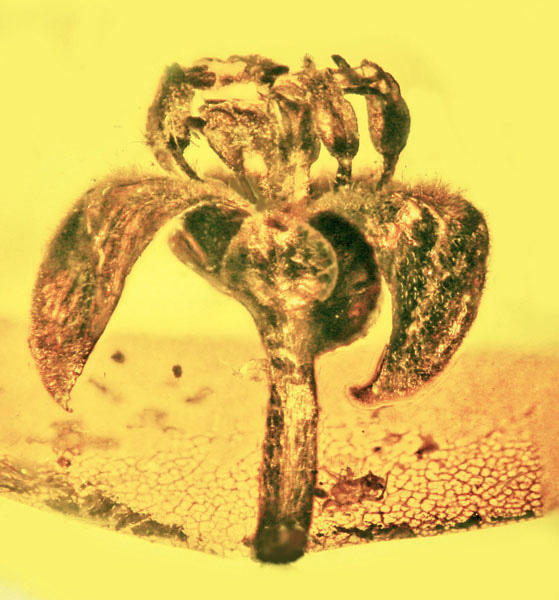 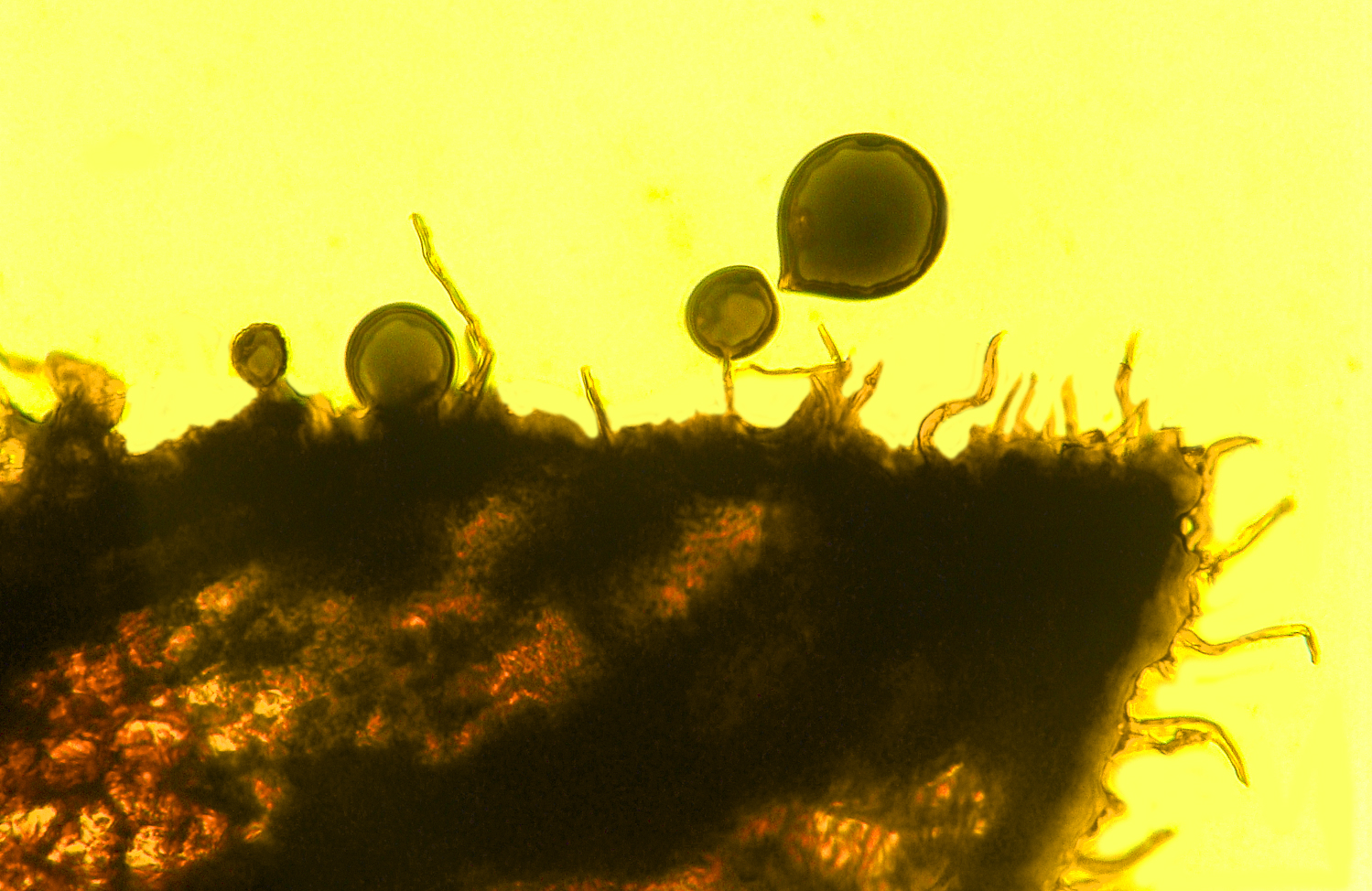