CORVALLIS, Ore. – Seminal contributions in barley breeding, soil nitrogen cycling and computer modeling for how fluids move through sediments and other porous materials have placed three Oregon State University professors among 489 researchers selected this year as American Association for the Advancement of Science fellows.

OSU’s Patrick Hayes and David Myrold were chosen in the category of agriculture, food and renewable resources, and Malgorzata Peszynska was honored in mathematics.

Fellows are elected each year by their peers on the Council of AAAS, the organization’s member-run governing body, based on their scientifically or socially distinguished efforts to advance science or its applications.

Hayes, professor of crop and soil science in the College of Agricultural Sciences, received the distinction of fellow for his work in the field of plant breeding, “with particular reference to barley in the areas of low-temperature physiology, disease resistance, malting quality and variety development,” according to the AAAS’s announcement of this year’s fellows.

Myrold, also a professor of crop and soil sciences, was chosen for “distinguished contributions to the field of soil science, particularly for advancing the understanding of soil nitrogen cycling and the functioning of soil microbial communities.”

Myrold and Hayes bring to 10 the number of College of Agricultural Sciences researchers to become AAAS fellows.

Peszynska, professor of mathematics, was selected “for outstanding contributions to multidisciplinary mathematical and computational modeling of flow and transport in porous media.” Peszynska becomes the 18th member of the OSU College of Science to earn the rank of AAAS fellow and the fifth in the last three years.

New fellows are typically recognized at the AAAS annual meeting but this year will be inducted virtually on Feb. 13, 2021. The full list of new fellows will appear in the Nov. 27 issue of Science.

Mathematics and agriculture/food/renewable resources are two of the 24 sections the AAAS uses for nomination and selection purposes. Association members can be considered for the rank of fellow if nominated by the steering group of their respective section, by three fellows, or by the association’s chief executive officer.

AAAS fellows are chosen “in honor of their invaluable contributions to science and technology,” according to the association. Pioneering research, leadership within a given field, teaching and mentoring, fostering collaborations and advancing public understanding of science are among the criteria for election.

Founded in 1848, the American Association for the Advancement of Science is the world’s largest general scientific society and publishes Science and multiple other journals. 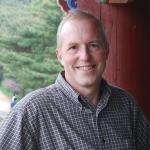 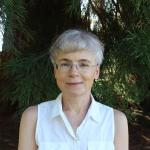 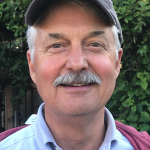