Tips for keeping rats out of home and garden

CORVALLIS, Ore. – Seeing rats in the backyard or, worse yet, in the house, can send people into panic mode, and for good reason.

“There are definite social norms that say if you have rodents living near you it’s associated with dirtiness, garbage and waste products,” said Dana Sanchez, wildlife specialist for Oregon State University Extension Service. “There’s a reticence to admitting to seeing rats or talking about them because there’s a fear of public shaming. That works to the rats’ advantage because people aren’t finding cooperative solutions to a collective problem.”

Disease is an even greater incentive for the repugnance people feel toward rats. They can spread the bacteria that causes the bubonic plague, which killed millions during the 14th century but is very rarely found today. Other less serious diseases are also attributed to rats, all of which lead to a healthy fear.

Rats – non-native black (Rattus rattus) and brown (Rattus norvegicus) – are drawn to any sort of outside food sources such as pet food, chicken food, bird seed and kitchen scraps in compost piles. Even compost without kitchen scraps provides insects that rats consume, unless the pile is kept hot enough to kill them. If rats get inside the house, they’ll dine on whatever food they find there and look for places to nest and reproduce.

“Both species are very opportunistic and have an easy time adapting to living in the presence of humans,” Sanchez said.

You can identify the two rats, if you want to, by color and size. Black rats weigh in at 4½ ounces and grow up to 5 to 6 inches long; adult brown rats weigh 9 to 10 ounces and reach up to 16 inches.

To help control rats, Sanchez said neighbors should work together to share information and help keep areas clean. Finding collaborative solutions includes working to come up with strategies with city and county vector departments, which are charged with rodent control among other things.

“Rats are very intelligent and resourceful,” Sanchez said. “Simply putting down a trap and expecting a rat to fall into it won’t work. They inspect and avoid things new in the environment. Rats have an amazing ability that once they figure out something has made them sick, they will avoid it in the future.”

Controlling rats is the first step, Sanchez said, but isn’t a long-term solution. Spying rats in your home or on your property will increase your awareness and there will be a lot of focused efforts on getting rid of them. That may reduce the population to a point, but if the efforts are sustained over months and months, it will create a cyclical pattern. Once humans see fewer rats, they reduce efforts to rat-proof, then the population grows and the problem starts all over again. 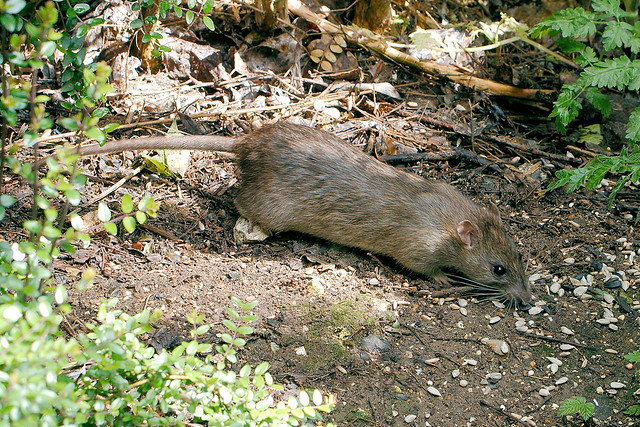