CORVALLIS, Ore. — Old, complex tropical forests support a wider diversity of birds than second-growth forests and have irreplaceable value for conservation, according to an Oregon State University-led exhaustive analysis of bird diversity in the mountains of southern Costa Rica.

During their surveys, researchers found similar numbers of bird species in secondary stands compared to stands comprised entirely or in part of old-growth forest. However, the bird community in secondary forest was clearly shifted towards non-forest species, and only old-growth forest stands tended to include rare birds and to benefit biodiversity across the entire landscape. Scientists reported their results this week in the Journal of Applied Ecology.

The findings are important because in some cases, conservation programs have focused on the potential benefits of secondary forests. Although secondary forests do have value for conservation, the study suggests that primary forests are necessary as sources of biodiversity and as a refuge for species that can colonize other sites that are being restored. Thus, these results suggest that a strategy focussing only on second-growth forests may not benefit conservation-relevant species. Indeed, such stands tend to support only a few common species that can survive in highly disturbed areas.

To reach their conclusions, a team led by Urs Kormann, a post-doctoral scientist in the College of Forestry at Oregon State University, surveyed bird communities in 49 forest fragments near the Las Cruces Biological Station in Costa Rica. They analyzed diversity within each fragment as well as from one stand to another. Much of the old-growth forest in the area has been cleared for pasture in the last 50 years, but about 30 percent of the old-growth remains in patches ranging from less than two to more than 2,500 acres. The study was conducted in the Coto Brus region, which borders Panama and varies from rolling hills to mountains more than 10,000 feet high.

Previous studies have focused only on bird diversity within a tropical forest stand and not analyzed how the community changes from one stand to another. “We show that there are always the same few common species in small, isolated secondary forest fragments, so each time you go to another piece of forest, you will encounter the same common birds, a phenomenon called biotic homogenisation. In contrast, you will often see new, rare species with each new piece of primary forest you visit,” said Kormann, lead author of the paper.

“We add to the growing evidence that both the amount of forest and the way it is arranged matters for tropical birds. In addition, we are among the first, to my knowledge, to show that it is really important to distinguish between primary and secondary forest. Landscapes with only secondary forest may not represent a panacea for the conservation of tropical biodiversity.”

Effective conservation efforts should include maintenance of large old-growth forest tracts, the scientists wrote, and insure that human activities in the forest do not drive away species that depend on such areas. The results also suggest that restoring forests is likely to be most effective for forest birds if such efforts are performed in the vicinity of primary forest. This is likely because primary forest will provide a source for forest birds that may colonize the restored forest. Relying on secondary forests alone may create “potentially misleading expectations,” researchers wrote, that landscapes significantly modified by people can still accomplish conservation goals.

In other studies, scientists have documented the ecological functions that birds perform, such as seed dispersal, pollination and herbivore control.

The study was funded by the National Science Foundation and by the German Research Foundation. It was conducted by scientists from Oregon State and Georg-August University and the Institute of Landscape Ecology in Germany. 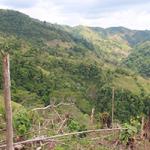 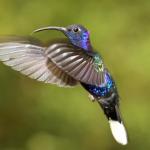 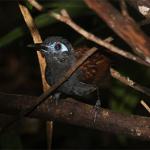