Published today in Science, the findings are important because freshwater ecosystems host roughly 10% of all known species and one-third of all vertebrates despite comprising less than 1% of the Earth’s surface.

Streams, ponds, lakes, rivers and swamps also play a key role in climate regulation and in providing food and fuel for communities around the globe.

Thanks to human-caused pressures over the last half-century – including habitat loss, overexploitation of resources, dam building and introduction of non-native species – freshwater vertebrates have seen their populations fall by about 80%, more than double the decline for marine and terrestrial vertebrate populations.

Climate change and pollution are exacerbating the problem, and scientists say new conservation approaches are needed to save freshwater ecosystems and the species that live in them. But typically, conservation efforts have focused much more heavily on land than water.

Bob Hughes, senior research professor of fisheries and wildlife in OSU’s College of Agricultural Sciences, was part of a collaboration led by scientists at Brazil’s University of São Paulo and University of Lavras and Britain’s Lancaster University that analyzed more than 1,500 species in the Amazon.

The scientists looked at both terrestrial and aquatic species – including fish, dragonflies, caddisflies, birds and beetles – and ran simulations of various conservation strategies.

Conservation projects have generally focused on protecting species that live on land, said co-lead author Cecilia Gontijo Leal from the University of São Paulo and University of Lavras, and if freshwater species are considered at all, it is assumed that they will be protected incidentally – as a by-product of efforts to conserve land species.

“But we found that to address the freshwater biodiversity crisis, freshwater species need to be explicitly incorporated into conservation planning,” she said.

Co-lead author Gareth Lennox of Lancaster University said the findings illustrate “a great opportunity for conservation, where protection for one species group does not require either loss of protection for others or significant funding increases.”

Because conservation energy has more often been directed at land species, information is somewhat lacking on the distribution of freshwater species, the scientists say. That means one challenge in protecting those species is not necessarily knowing where they are, particularly in tropical regions.

But because a critical factor for freshwater conservation is the concept of connectivity – the surface links between lakes, wetlands and streams – the researchers developed a new method for protecting freshwater species.

“Freshwater species crucially depend on the connectivity of river systems,” said Silvio Ferraz of the University of São Paulo. “By designing conservation reserve networks that take such connectivity into consideration, we found that freshwater protection could still be doubled in the absence of species distribution data. This shows that there are few impediments to vastly improving freshwater conservation in data-poor regions of the world.”

Jos Barlow from Lancaster University stressed that the urgency of the biodiversity crisis facing humanity means that the many important and endangered freshwater species can no longer be overlooked.

The research coalition also included scientists from Cornell University and Virginia Tech as well as researchers from Australia, Switzerland and Portugal.

A network of organizations in Australia, Brazil and the United Kingdom supported the work financially. 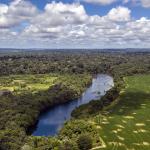 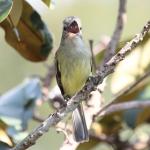