The performances are sponsored by the School of Arts and Communication in the College of Liberal Arts at Oregon State University.

The Vienna Boys Choir formally began in 1498, when Emperor Maximilian I moved his court to Vienna, founding the Chapel Imperial and the Boys Choir.

Over the years the choir has attracted some of the finest musicians in the world, including Christoph Willibald Gluck, Antonio Salieri, Wolfgang Amadeus Mozart, Anton Bruckner, Joseph Haydn and Franz Schubert.

Until 1928, the choir sang exclusively for the imperial court at masses, celebrations and on state occasions. Today there are 100 choristers between the ages of 9 and 14, divided into four groups. Between them, the choirs give around 300 concerts each year, attended by half a million spectators around the world.

Choirmaster Oliver Stech has led the Vienna Boys Choir since 2011. Under his direction the choir has toured Europe, Asia, South America and the U.S.

Advance tickets may be purchased online at http://liberalarts.oregonstate.edu/SACevents. OSU students may pick up advanced tickets in Fairbanks Hall 309A or B on the OSU campus. Tickets will be sold at the door starting one hour before each performance. Doors to the sanctuary will open for seating 30 minutes before each performance.

The School of Arts & Communication participates in Corvallis Arts for All. Individuals in the SNAP program with an Oregon Trail Card may purchase up to two tickets at $5 each starting one hour prior to each performance, while seating is available. For more information and for accommodations for people with disabilities, call 541-737-5592.

The Vienna Boys Choir concerts are funded in part by donations made during the Cornerstone Campaign for the Arts and by OSU Friends of the Arts. 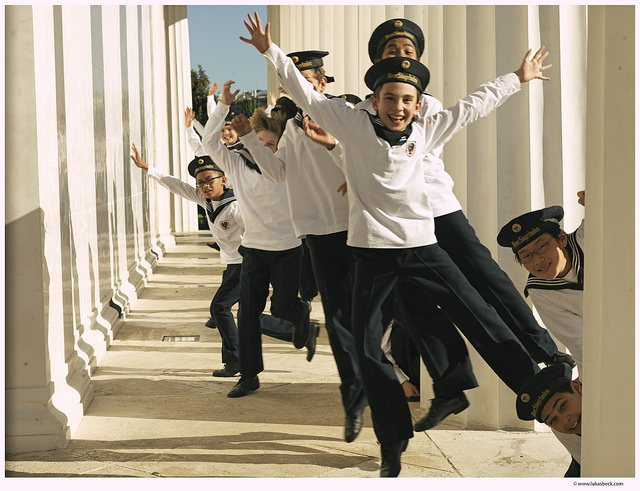