CORVALLIS, Ore. – Carpal tunnel, stiff shoulders, eye-strain headaches ­­– these are all well-known side effects of prolonged computer use. But what happens when you step away from the desktop and into virtual reality?

A recent study from Oregon State University assessed how some common virtual reality movements contribute to muscle strain and discomfort. It’s an effort to ensure future user safety in this fast-growing technology that is used not only for gaming, but also increasingly for education and industrial training.

“There are no standards and guidelines for virtual and augmented reality interactions,” said researcher Jay Kim of OSU’S College of Public Health and Human Sciences. “We wanted to evaluate the effects of the target distances, locations and sizes so we can better design these interfaces to reduce the risk for potential musculoskeletal injuries.”

Virtual reality users wear a headset and engage in full-body, three-dimensional movements – unlike conventional computer users, where a desk or the arms of a chair offer some level of support for the hands and arms.

With sensors placed on participants’ joints and muscles, researchers used motion capture to record their movements and electromyography to measure electrical activity in their muscles while performing common VR gestures. Wearing an Oculus Rift VR headset, participants were tasked with either pointing to specific dots around a circle, or coloring in a certain area with their finger.

Regardless of the angle, extending the arm straight out causes shoulder discomfort in as little as three minutes, Kim said. With prolonged use, as VR often requires, this may lead to major health problems like gorilla arm syndrome and rotator cuff injuries.

In addition, the heavy VR headset may increase the burden on the cervical spine, risking greater neck strain.

In computer users, the relationship between awkward postures or repeated movements and musculoskeletal disorders is well known, Kim said. “We wanted to see how the VR compares to conventional computer-human interactions.”

The goal of the study was to establish a baseline of optimal object placement and angles, so VR developers going forward can design games and programs that minimize user discomfort.

Researchers focused on neck and shoulder movements. They found performance in the coloring task was worst when participants had to tilt their heads down 15 and 30 degrees. The most extreme postures and highest muscle activity were observed with targets at 15 degrees above eye level, as participants were forced to constantly maintain their extended neck and elevated arm position. And discomfort was greatest in the pointing task at 15 degrees above eye level.

“Based on this study, we recommend that objects that are being interacted with more often should be closer to the body,” Kim said. “And objects should be located at eye level, rather than up and down.”

The findings could have a massive impact, given VR’s growing demand: Tech analysts project that roughly 168 million people worldwide will have some form of VR installed by 2023. A major portion of users are gamers, but VR’s practical applications extend to health care, the military, education and training. In coal mining, for example, trainees use VR to practice new skills that would be dangerous to learn on-site.

Kim’s main goal is to avoid the mistakes of the past. When personal computing was first emerging in the ’80s and ’90s, he said, people often didn’t think of the risks of overuse until it was too late.

With VR, he said, “We’d like to learn now rather than later.” 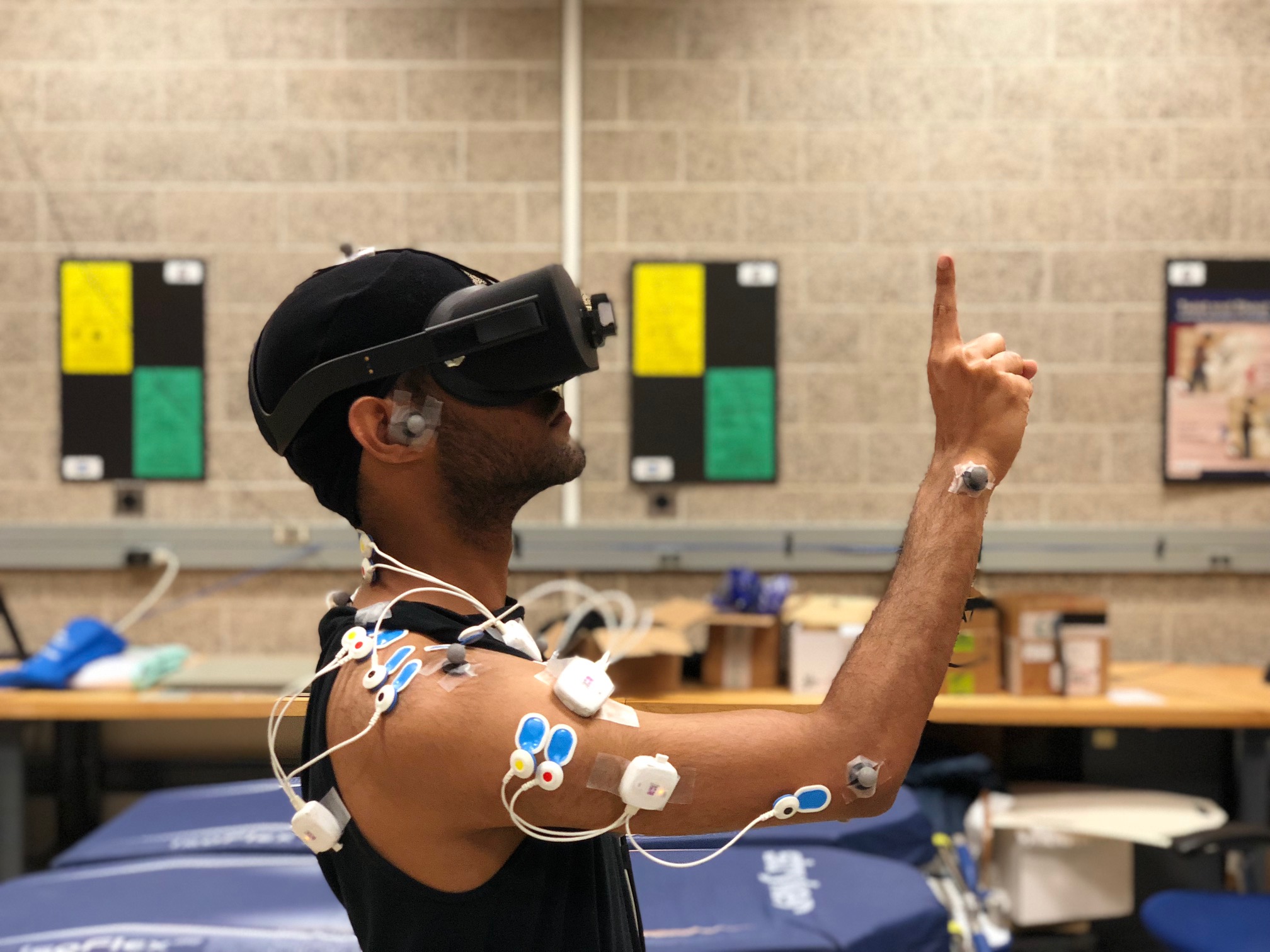 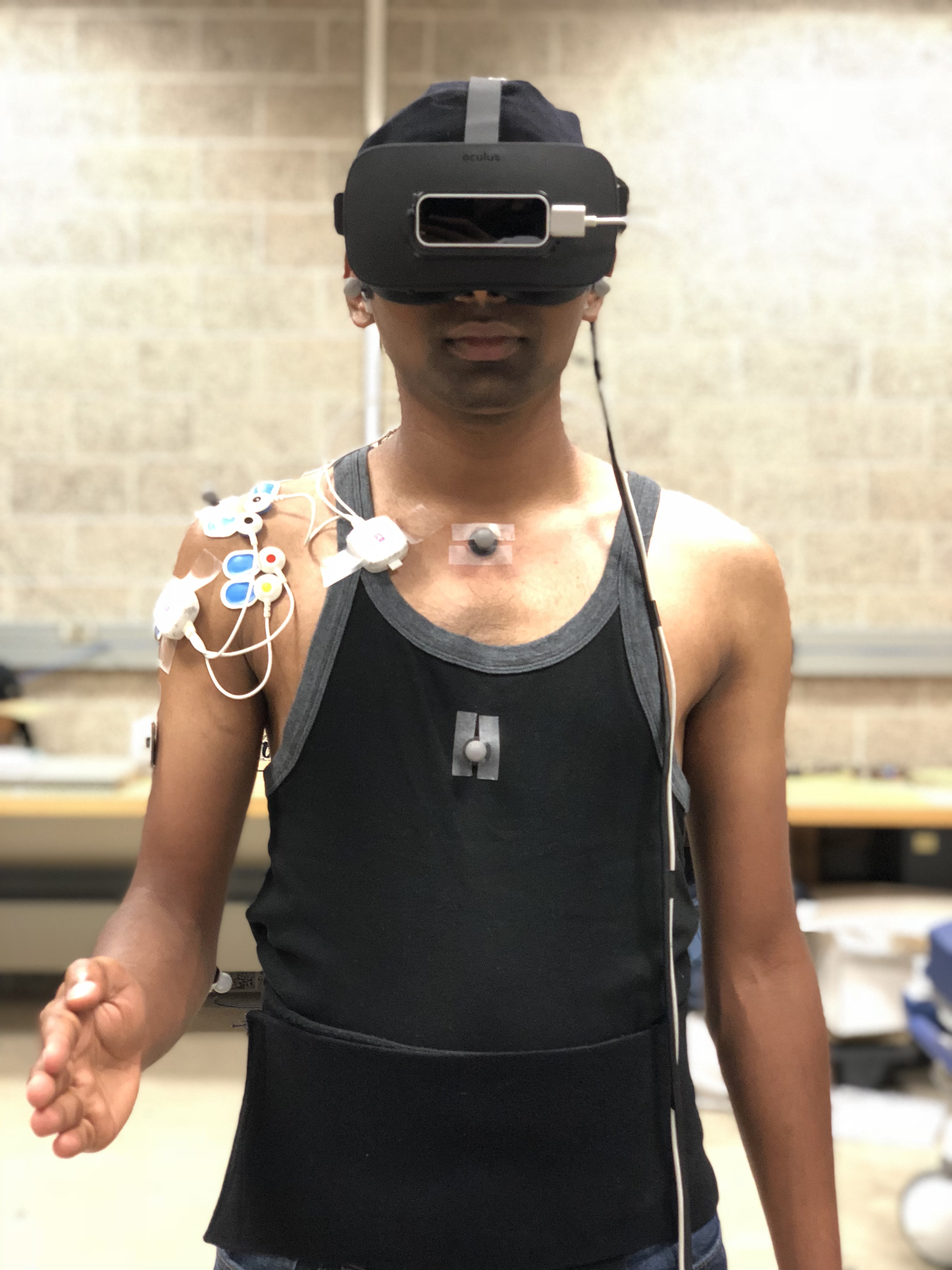 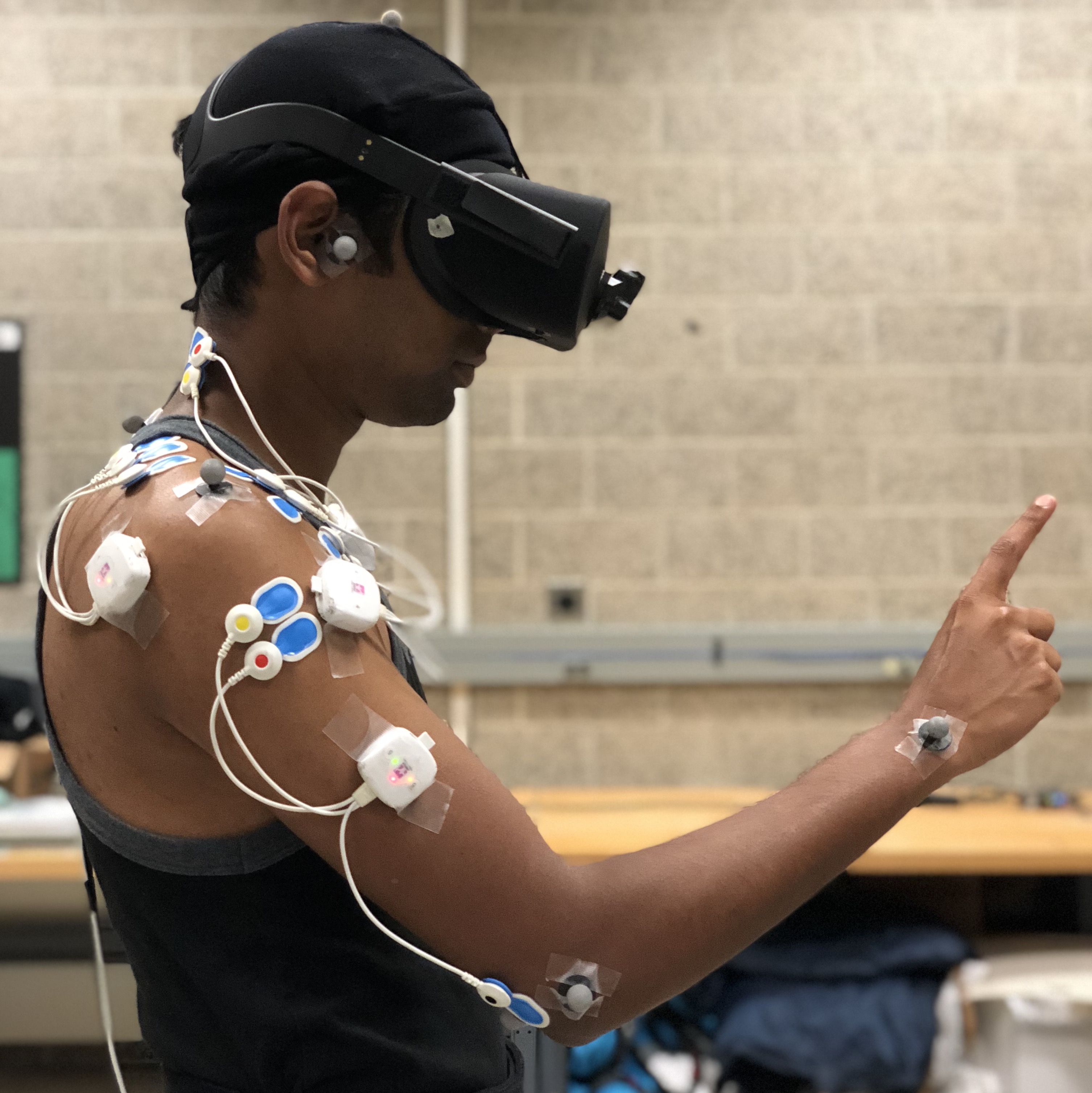