The front part of the facility, known as the Visitor Center, reopened in February for festivities celebrating OSU’s 150th anniversary while work in the back half continued. Crews replaced the rusting, 21-year-old metal stands under many of the saltwater tanks, removed some exhibits, and created artificial rockwork modeled after real formations in Yachats.

Although the tank stands are now finished, additional renovations are ongoing and many of the tanks’ denizens are still in other locations at Hatfield. Oregon Sea Grant, which operates the Visitor Center, plans to create a “habitat” theme around the tanks so that as visitors walk through they will move from shore to shallows to deep sea. Exhibits will be created to display examples of research taking place in each of those environments, said the center’s manager, Maureen Collson.

Every year, Collson said, about 150,000 people pass through the doors of the Visitor Center, where they can touch aquatic critters in an indoor tidepool, crash simulated tsunami waves against Lego structures, or watch an aquarist feed the octopus.

Oregon Sea Grant commissioned an analysis in 2017 by Bruce Sorte, an economist with the OSU Extension Service, to find out the economic impact of the center. He surveyed 131 visitors and found that 39 percent said that half or more of their reason for visiting Lincoln County was to go to the center. Based on that and other numbers, he estimated that the Visitor Center annually supports $7.6 million in income for Oregonians, $13.2 million in sales for businesses in Oregon, and 156 jobs throughout the state. About three-quarters of those impacts occur in Lincoln County, Sorte said.

These figures include the salaries paid to employees at the center and a multiplier effect of those dollars, the amount of money visitors spend on food and lodging, and the household expenditures of Oregon Sea Grant employees and people who supply goods and services linked to the center.

“Since 1965, the Visitor Center has been teaching children and adults about marine science through fun, hands-on exhibits,” said Shelby Walker, the director of Oregon Sea Grant. “Although you can’t put a price tag on the value of that experience, as Bruce’s analysis shows, we can estimate the important economic contribution of the Visitor Center to Lincoln County and the state.”

The total annual cost to operate the center is $460,000, funded by the federal government, OSU and donations from visitors. The facility is staffed by Oregon Sea Grant faculty, who are assisted by more than 60 volunteers. 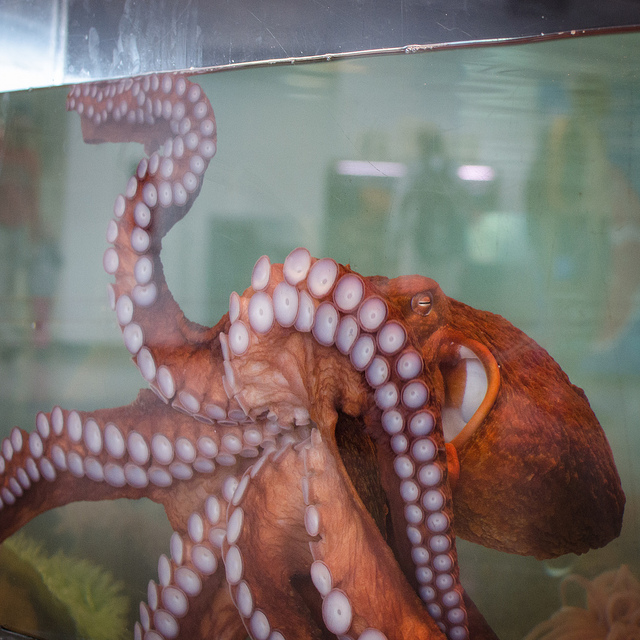