Brown was originally scheduled Jan. 17 to serve as the keynote speaker of Oregon State’s 40th Annual Dr. Martin Luther King, Jr. Celebration, but her involvement at that time with federal voting rights legislation under debate in Congress necessitated a postponement.

“The irony is the week of Dr. King’s birthday, I instead was fighting the very thing in 2022 that Dr. King was actually murdered for,” she said. “Here we are in 2022, and we still have a debate whether all citizens of this nation should have equal and fair access to the ballot.”

Brown spoke at the LaSells Stewart Center on Oregon State’s Corvallis campus. More than 1,000 people attended in person or watched the livestream of her address and the question-and-answer session that followed.

She is a co-founder of the Black Voters Matter Fund and the Black Voters Matter Capacity Building Institute, initiatives designed to boost Black voter registration and turnout, as well as increase power in marginalized, predominantly Black communities. She is an organizer, philanthropic consultant, political strategist who has spent more than 20 years working on issues related to political empowerment, social justice, economic development, leadership development, wealth creation and civil rights.

After being introduced by Scott Vignos, Oregon State’s interim vice president and chief diversity officer, Brown, also a jazz singer, opened her address by singing a few bars of “Keep Your Eyes on the Prize,” a folk song that became influential during the civil rights movement.

She immediately stepped away from the podium and asked the audience to imagine what America would look like without racism. She said that an end to racism will never be achieved if people don’t spend time envisioning it.

“I am raising that because I think it is really important for us to recognize and to understand that we have to really serious about how we are going to uproot structural racism in this nation,” she said. “That in order for us to achieve that, it is going to take us, taking time to envision it.”

Brown also spoke about what she called the “V strategy,” which involves vision, voice, victory and values. Those four Vs lead to her life’s work – advancing voting rights.

She called on the public to have the “audacity to envision something different, something better, something more inclusive, something more just, something more equitable,” and said voices are needed to resist voter suppression efforts. Brown said victories need to be thought of as not just wins and losses, but as a way to advance humanity.

“Do we believe that all human beings deserve to be valued and respected? If so, then you can’t be silent when you’re seeing that’s not happening.”

Following Brown’s talk, she took part in a question-and-answer session moderated by Christopher Stout, an associate professor of political science at Oregon State whose research interests include racial and ethnic politics.

She answered questions about the value of engaging in the political process in years outside election cycles; the importance of Black leaders in the movement to advance voting rights; her role organizing in her home state of Georgia; and the need to focus on local and state politics.

“I’m telling people where I go that it’s the national politics, yes, that sets a particular kind of tone, but really on the local level, that’s where the power happens,” she said.

Oregon State’s Dr. Martin Luther King, Jr. Celebration includes a week of activities sponsored by the university, the Office of Institutional Diversity, the OSU Foundation and  OSU Alumni Association. On Jan. 17, the celebration included a breakfast, annual awards for faculty, staff and student awards for contributions to advancing diversity, equity and inclusion at OSU, a peace march and other activities. 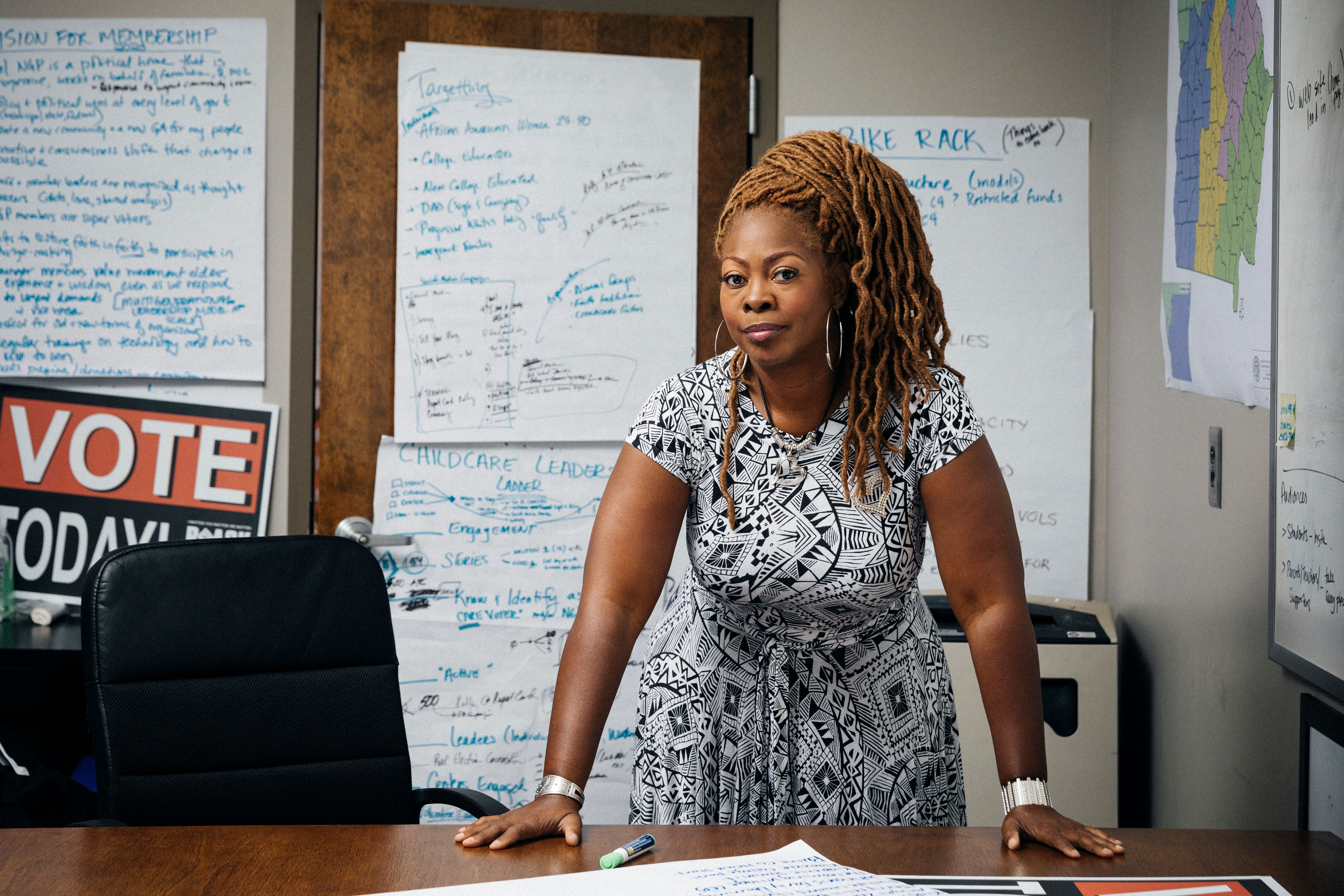