CORVALLIS, Ore. — A recent Oregon State University study found that when people feel they have resolved an argument, the emotional response associated with that disagreement is significantly reduced and, in some situations, almost entirely erased.

That reduction in stress may have a major impact on overall health, researchers say.

“Everyone experiences stress in their daily lives. You aren’t going to stop stressful things from happening. But the extent to which you can tie them off, bring them to an end and resolve them is definitely going to pay dividends in terms of your well-being,” said Robert Stawski, senior author on the study and an associate professor in the College of Public Health and Human Sciences. “Resolving your arguments is quite important for maintaining well-being in daily life.”

Researchers have long been aware of how chronic stress can affect health, from mental health problems such as depression and anxiety to physical problems including heart disease, a weakened immune system, reproductive difficulties and gastrointestinal issues.

But it’s not just major chronic stressors like poverty or violence that can inflict damage.

“Daily stressors — specifically the minor, small inconveniences that we have throughout the day — even those have lasting impacts on mortality and things like inflammation and cognitive function,” said Dakota Witzel, lead author and a doctoral student in human development and family studies at OSU.

For the study, Stawski and Witzel used data from the National Study of Daily Experiences, an in-depth survey of more than 2,000 people who were interviewed about their feelings and experiences for eight days in a row.

The researchers looked at reports of both arguments and avoided arguments, defined as instances where the person could have argued about something but chose to let it slide so as not to have a disagreement. They then measured how the incident affected the person’s reported change in negative and positive emotions, both for the day of the encounter and the day after it occurred.

Results showed that on the day of an argument or avoided argument, people who felt their encounter was resolved reported roughly half the reactivity of those whose encounters were not resolved.

On the day following an argument or avoided argument, the results were even starker: People who felt the matter was resolved showed no prolonged elevation of their negative affect the next day.

The study also looked at age-related differences in response to arguments and avoided arguments and found that adults ages 68 and older were more than 40% more likely than people 45 and younger to report their conflicts as resolved. But the impact of resolution status on people’s negative and positive affect remained the same regardless of age.

The researchers had several explanations for older adults’ higher rate of resolution: Older adults may be more motivated to minimize negative and maximize positive emotions as they have fewer years remaining, which is consistent with existing theories of aging and emotion. They may also have more experience navigating arguments and thus be more effective at defusing or avoiding conflict.

“If older adults are really motivated to maximize their emotional well-being, they’re going do a better job, or at least a faster job, at resolving stressors in a more timely fashion,” Stawski said.

While people cannot always control what stressors come into their lives — and lack of control is itself a stressor in many cases — they can work on their own emotional response to those stressors, he said.

“Some people are more reactive than other people,” he said. “But the extent to which you can tie off the stress so it’s not having this gnawing impact at you over the course of the day or a few days will help minimize the potential long-term impact.”

In future research projects, Stawski and Witzel hope to further unpack the nature of people’s disagreements to measure which contexts and relationships provoke the most stressful arguments. 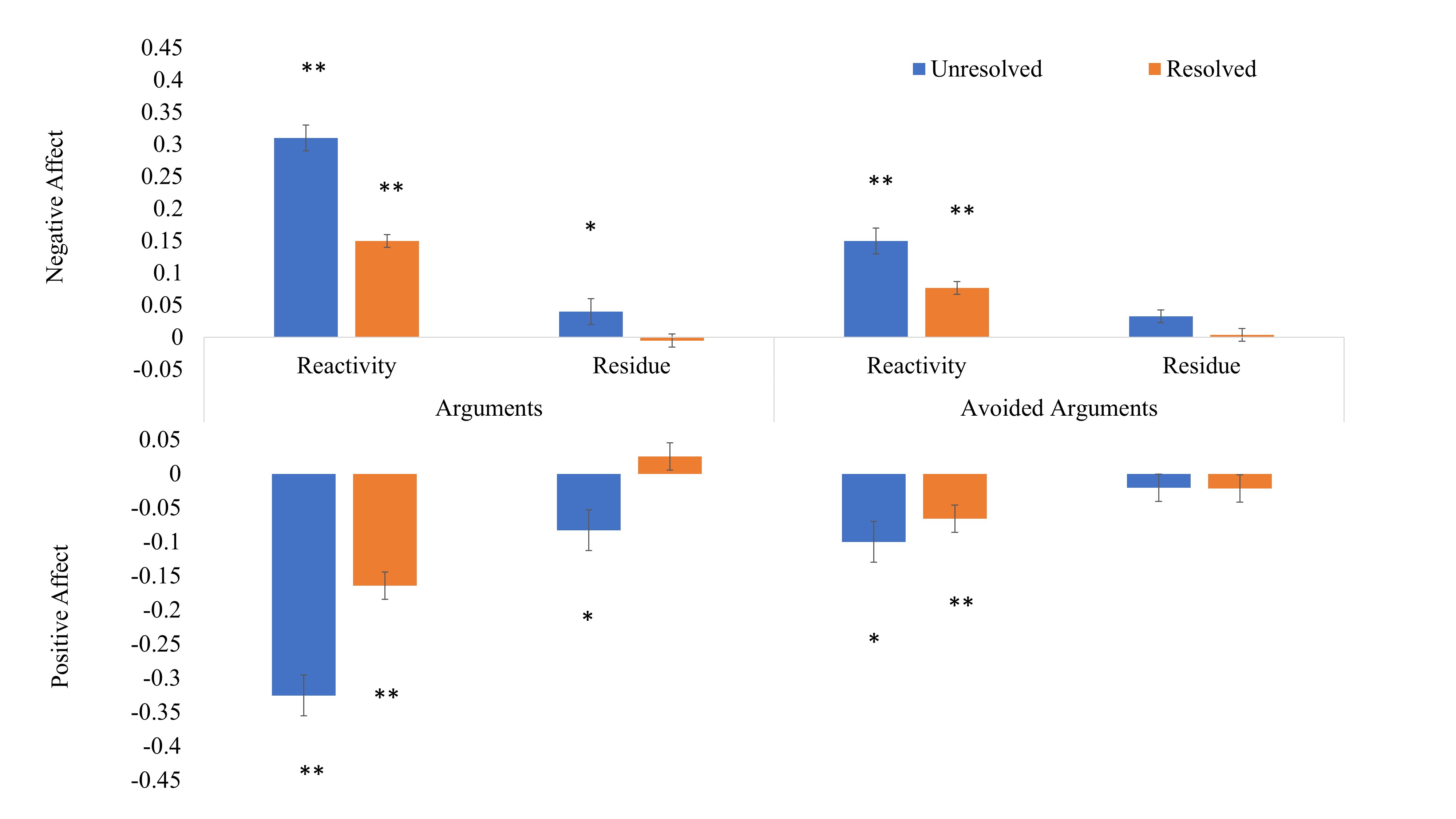