The research has important implications for fish conservation strategies. A common goal among scientists and policymakers is to identify and prioritize habitat for cold-water fish that remains suitably cool during the summer, especially as the climate warms.

This implicitly devalues areas that are seasonally warm, even if they are suitable for fish most of the year, said Jonny Armstrong, lead author of the paper and an ecologist at Oregon State. He called this a “potentially severe blind spot for climate change adaptation.”

“Coldwater fish like trout and salmon are the polar bears of river ecosystems – iconic species that are among the most vulnerable to climate change,” Armstrong said. “A huge challenge for conservation is to figure out how to help these fish survive a warmer future. The conclusion is that we should not waste money on warm habitats and instead focus on saving the coldest places, such as high mountain streams, which are already the most pristine parts of basins. Most people agree we should give up on places that are warm in summer, but forget that these places are actually optimal for much of the year.”

In the new paper, published in Nature Climate Change, Armstrong and collaborators at Oregon State and several federal agencies, show that warm river habitats, typically lower in basins, provide pulses of growth potential during the spring and fall, so-called shoulder seasons, when the rivers are not at peak summer temperatures. Foraging in these warm habitats can provide fish the needed energy to travel to cooler parts of the river during the summer and to reproduce.

“The synergy between cold water and warm water is really important,” said Armstrong, an assistant professor in the Department of Fisheries and Wildlife in the College of Agricultural Sciences. “We’re not saying cold water is not important. We’re saying that warm portions of basins are also important because they grow fish during the shoulder seasons.  Conserving this habitat is critical for unlocking the full potential of rivers to support fisheries.

“In a warmer future, many fish will need fish to take a summer vacation and move to cold places to survive the hottest months of the year. Their ability to do that could often depend on how much energy they can get in the spring and how well they can feed in the fall to bounce back. The places that are stressfully warm in summer are just right in spring and fall, and there is growing evidence that they can fuel fisheries”

For the study, the researchers used data from another team of scientists that used remote sensing technology to obtain river water temperature data across entire landscapes throughout the year. That team compiled data for 14 river basins in Oregon, Washington and Idaho.

The OSU-led team plugged these temperature data into a “bioenergetics model” that predicts fish growth potential based on equations derived from lab studies. This provided new insights into how growth opportunities shift across river basins throughout the year, and how a large fraction of total growth potential can accrue during the spring and autumn in places that are too hot during summer.

To explore how these warm habitats could contribute to fisheries, the team created a simulation model in which virtual rainbow trout were given simple behavior rules and allowed to forage throughout the year in a basin with cold tributaries and a warm, productive main-stem river. Their simulations showed the majority of fish moved into cooler waters in the summer and exhibited meager growth rates. However, outside summer, the simulation showed the fish resided primarily in seasonally warm downstream habitats, which fueled the vast majority of their growth.

“In conservation, we often judge streams by their summer conditions; this is when we traditionally do field work, and this is the season we focus on when planning for climate change,” Armstrong said. “We place value on places that hold fish during summer and devalue those that don’t. Our simulation showed why this can be a problem – the portions of rivers that contribute most to growth may not be the places where fish are found during summer, so they get written off.”

The simulations reveal the synergy between seasonally warm and perennially cool habitats and that fish that lived in these two types of habitats grew much more than fish that were restricted to either habitat alone, Armstrong said.

He then mentioned an example using rivers in Oregon, including the Willamette, a tributary of the Columbia River that runs nearly 200 miles from Eugene to Portland.

“When it’s warm enough for humans to swim, it’s bad for cold-water fish. But there’s only like six weeks of the year where it is comfortable to go swimming in Oregon,” Armstrong said. “That speaks to the fact that we write off places because they get too hot through the lens of August. They’re actually pretty nice for most of the year if you’re a cold-water fish. And fish don’t necessarily have to live there in August, just like you don’t have to go swimming in the Willamette in December.”

This research is continuing in the field at Upper Klamath Lake in Southern Oregon, where Armstrong and a team of researchers are tracking the movement and feeding behavior of redband trout as water temperature changes. 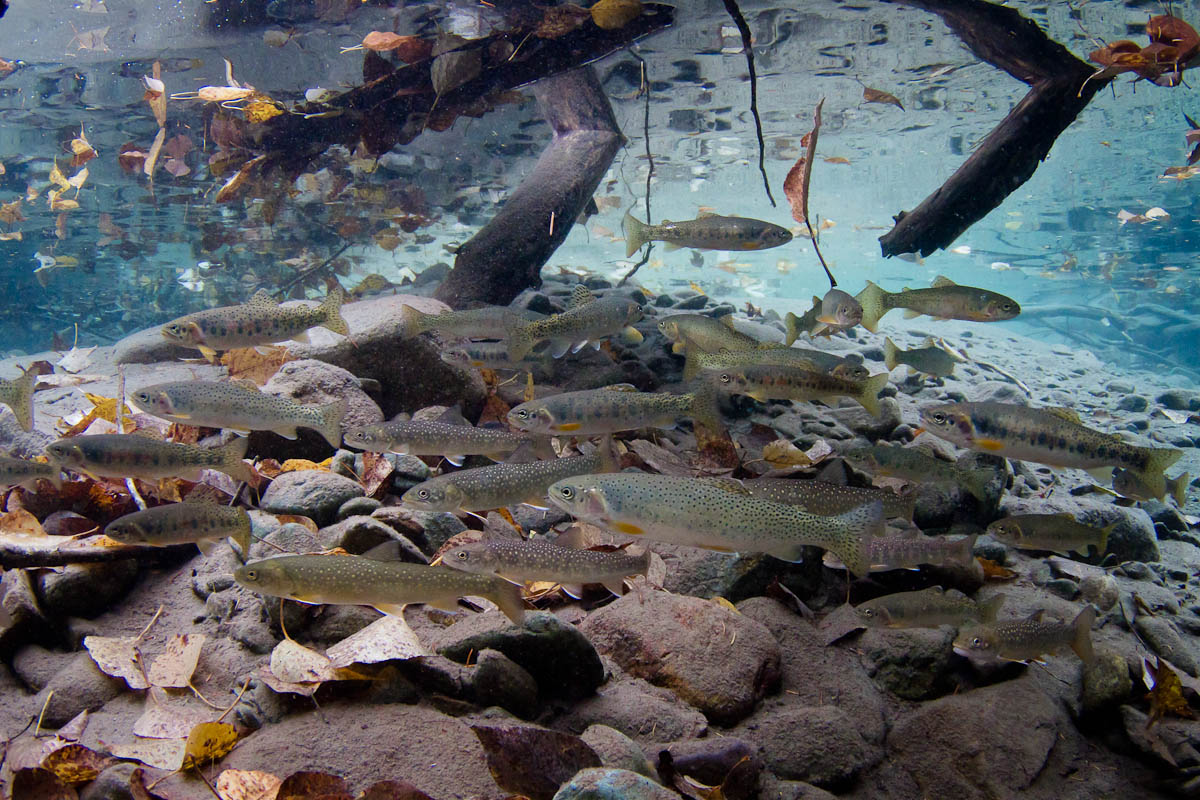 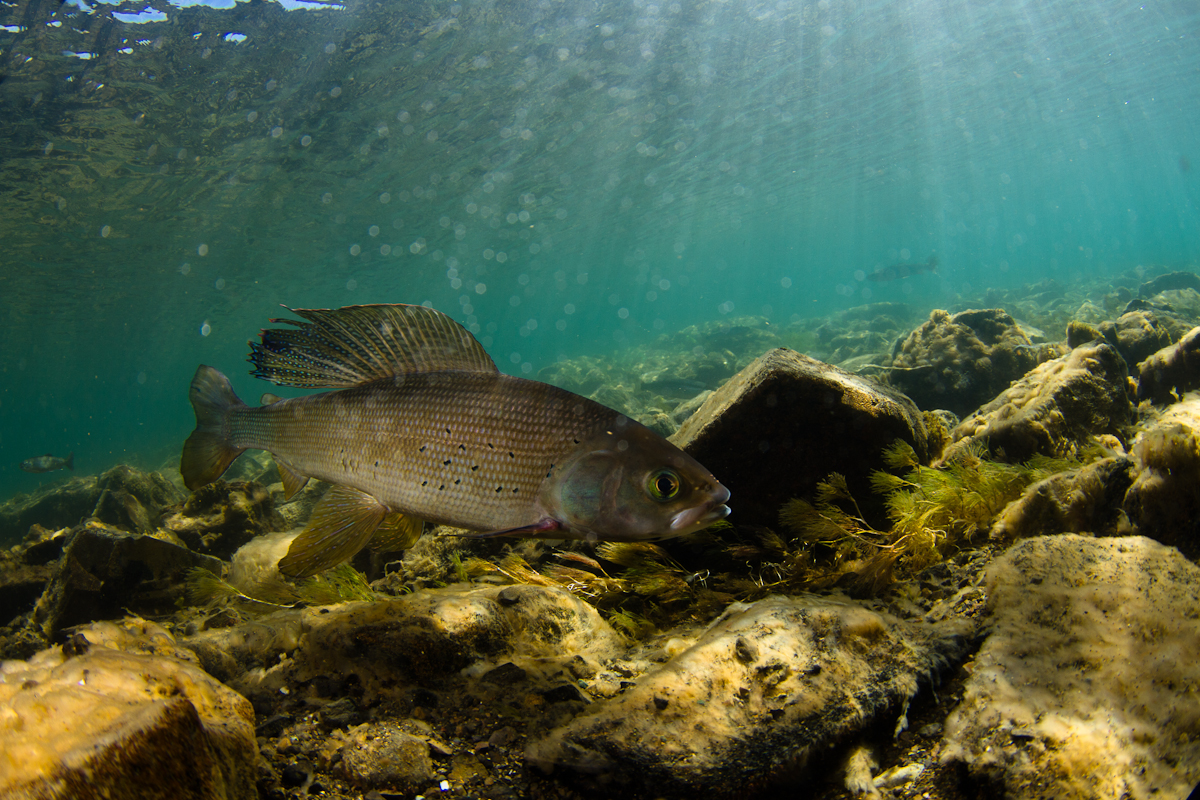