The study, published today in the journal Ecosphere by researchers in the Oregon State University College of Forestry, is the first to demonstrate that wildfire severity is a strong predictor of bee diversity in mixed-conifer forest.

Bees are the most important among the Earth’s pollinators, which combine for an estimated $100 billion in global economic impact each year. Oregon is home to more than 500 species of native bees.

Animal pollinators enhance the reproduction of nearly 90 percent of the Earth’s flowering plants, including many food crops.

The pollinators are an essential component of insect and plant biodiversity. Bees are the standard bearer because they’re usually present in the greatest numbers and because they’re the only pollinator group that feeds exclusively on nectar and pollen their entire life.

They collected bees with blue-vane traps, which attract the insects by reflecting ultraviolet light, and used satellite imagery to determine fire severity.

“Twenty times more individuals and 11 times more species were captured in areas that experienced high fire severity relative to areas with the lowest fire severity,” said Sara M. Galbraith, a postdoctoral researcher in the College of Forestry. “We detected a large number of bees in recently burned forest patches. The bees represented five families and a large subset of Oregon’s wild bee species.”

At low-severity sites, flames were mostly confined to low-growing vegetation.

“If you weren’t looking for the markers of fire, in the low-severity spots you wouldn’t know that they had burned,” Galbraith said. “The canopy is more closed, and there wasn’t a lot of visible evidence of fire except for blackened areas on the tree trunks.”

In contrast, some of the high-severity sites had a completely open canopy.

“There were many more flowering plants in the understory because the light limitation was gone,” she said. “The flowering plants and another critical habitat component for maintaining bee populations –boring insect exit holes used by cavity-nesting bees – both increased with fire severity.”

And the two most abundant genera among the trapped bees, Bombus (bumblebee species) and Halictus (sweat bee species), each responded positively to high fire severity despite having different foraging ranges.

“This research adds to the evidence that there is high biodiversity in early seral forests – the beginning stages of forest development – and moving forward, the amount and location of this habitat could have an impact on services like pollination in the landscape overall,” she said. “Half of Oregon is forested, yet we know very little about bees in forests, especially managed conifer forests. With this fundamental information, we can begin to understand the best management actions that can promote pollinator populations within managed forests.”

“Our study took into account the mosaic of habitats that you find after fires in many regions of the world,” she said. “We found that burn severity is really useful for predicting where the bee habitat will be after a fire. It makes sense that some organisms would have evolved to do well after severe burning in this fire-adapted landscape.”

The Bureau of Land Management and the College of Forestry supported this research. 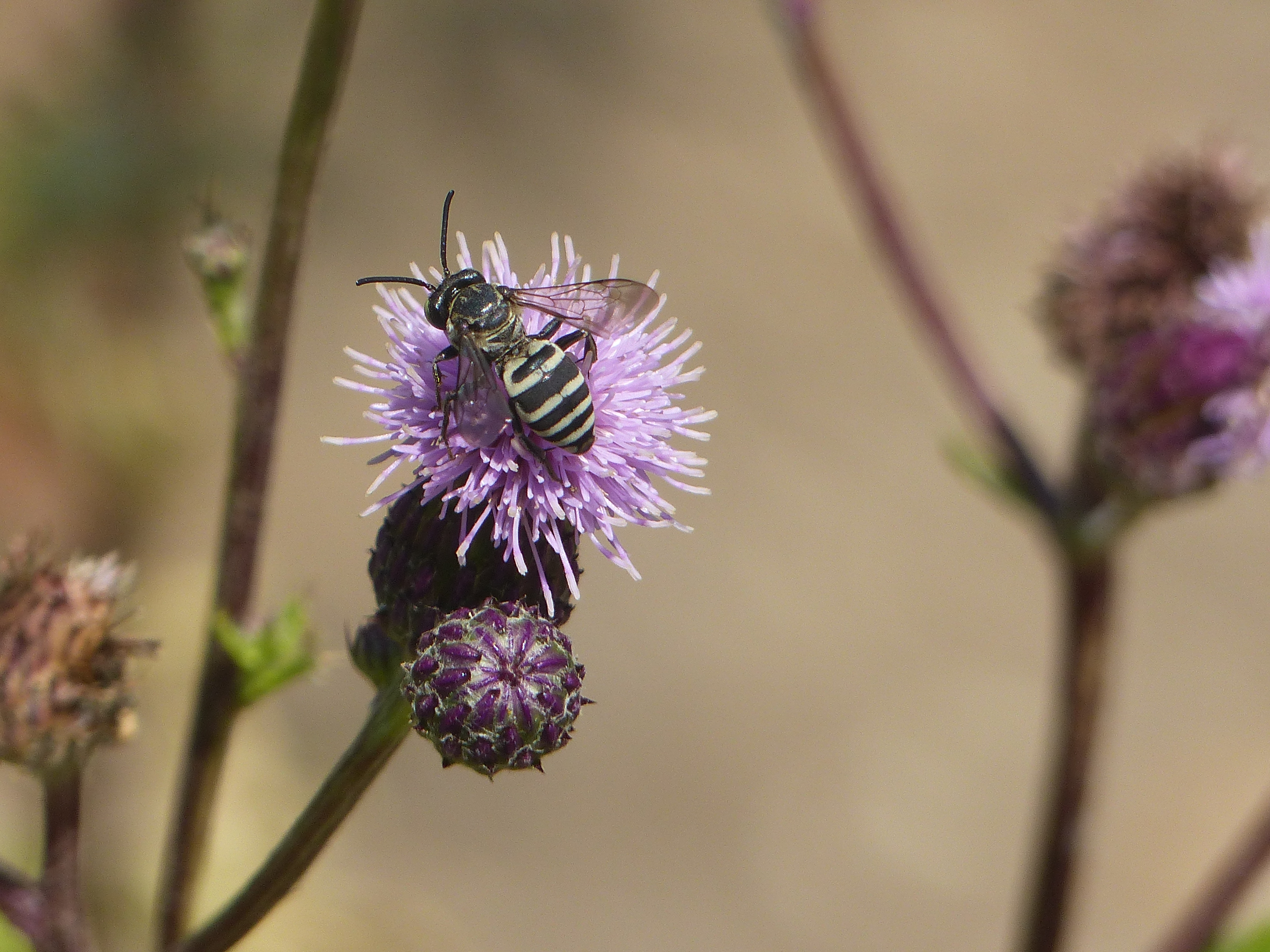