Young frogs that were stressed as tadpoles move less on land, putting their survival at risk

The findings indicate changing patterns of precipitation and drought will influence the distribution and persistence of animals that live in freshwater habitats, said Evan Bredeweg, an OSU aquatic ecologist and lead author of the study.

The National Science Foundation-funded study is published in the journal Frontiers in Ecology and Evolution.

“This is an understudied but vital stage, where frogs are moving from one habitat to the next and the influence of the aquatic environment and the terrestrial environment act together on this one part of their life history,” said Bredeweg, a graduate student of wildlife ecology in OSU’s College of Agricultural Sciences. “We found that stress on tadpoles is carried over through metamorphosis in how the frogs move, in addition to the stress of being on land for the first time.”

The northern red-legged frog is native to the West Coast and ranges from southwestern British Columbia to northern California. Populations are declining in Oregon. They spend the first part of their life in ponds but after metamorphosis they move to upland forested areas where they mature and live as adults. The young frogs are only about 20 millimeters in length.

“They are tiny, they are vulnerable to predators and desiccation, and they are moving this way for the first time,” Bredeweg said.

The frogs return to their ponds when they are large enough to breed. Individuals have been known to disperse as far as 2½ kilometers, but most stay within 100 meters of their pond.

For the study, the researchers retrieved eggs from three ponds in the Willamette Valley, hatched the tadpoles in a lab, and placed them in outdoor tanks filled with water. Water levels in half of the tanks were drawn down by four liters every week until only two to three inches of water remained. This was meant to simulate an ephemeral pond rapidly losing water in conditions that are warmer and drier than normal. After metamorphosis, each young frog was measured and marked with a unique color tag, then transferred to outdoor terrariums.

Two weeks later, water levels in half of the tanks were drawn down by four liters every week until only two to three inches of water remained. This was meant to simulate an ephemeral pond rapidly losing water in conditions that are warmer and drier than normal. Water levels stayed at 100 liters in the other half of the tanks. After metamorphosis, each young frog was removed from its tank, measured and marked with a unique color tag, then transferred to outdoor terrariums.

Frogs from the ephemeral conditions metamorphosed at a smaller size but grew faster than the control frogs after moving to the terrariums. But the frogs that couldn’t catch up to their normal-sized counterparts weren’t capable of traveling as far on land.

To track the frogs’ movements, the researchers constructed four 20-meter runways on smooth topsoil. Half of the runways were doused with water immediately before frog release, while the other half remained dry – except at the release point. The dry runways were meant to be physiologically taxing on the young frogs.

In an interesting and potentially positive outcome, the frogs that did move on the dry runway traveled farther.

“These frogs showed an ability be responsive to the environment, which means they could respond appropriately in drier conditions,” said OSU associate professor Tiffany Garcia, the study’s co-author. “But overall, this is a species that relies on producing many offspring and a few will survive. A small shift in that percentage could mean major consequences in the long run.”

Co-authors on the study included Jenny Urbina, a postdoctoral scholar at OSU; and Anita Morzillo, a former assistant professor in OSU’s College of Forestry who is now on the faculty at the University of Connecticut.

Bredeweg is a National Science Foundation Graduate Research Fellow in OSU’s Department of Fisheries and Wildlife. 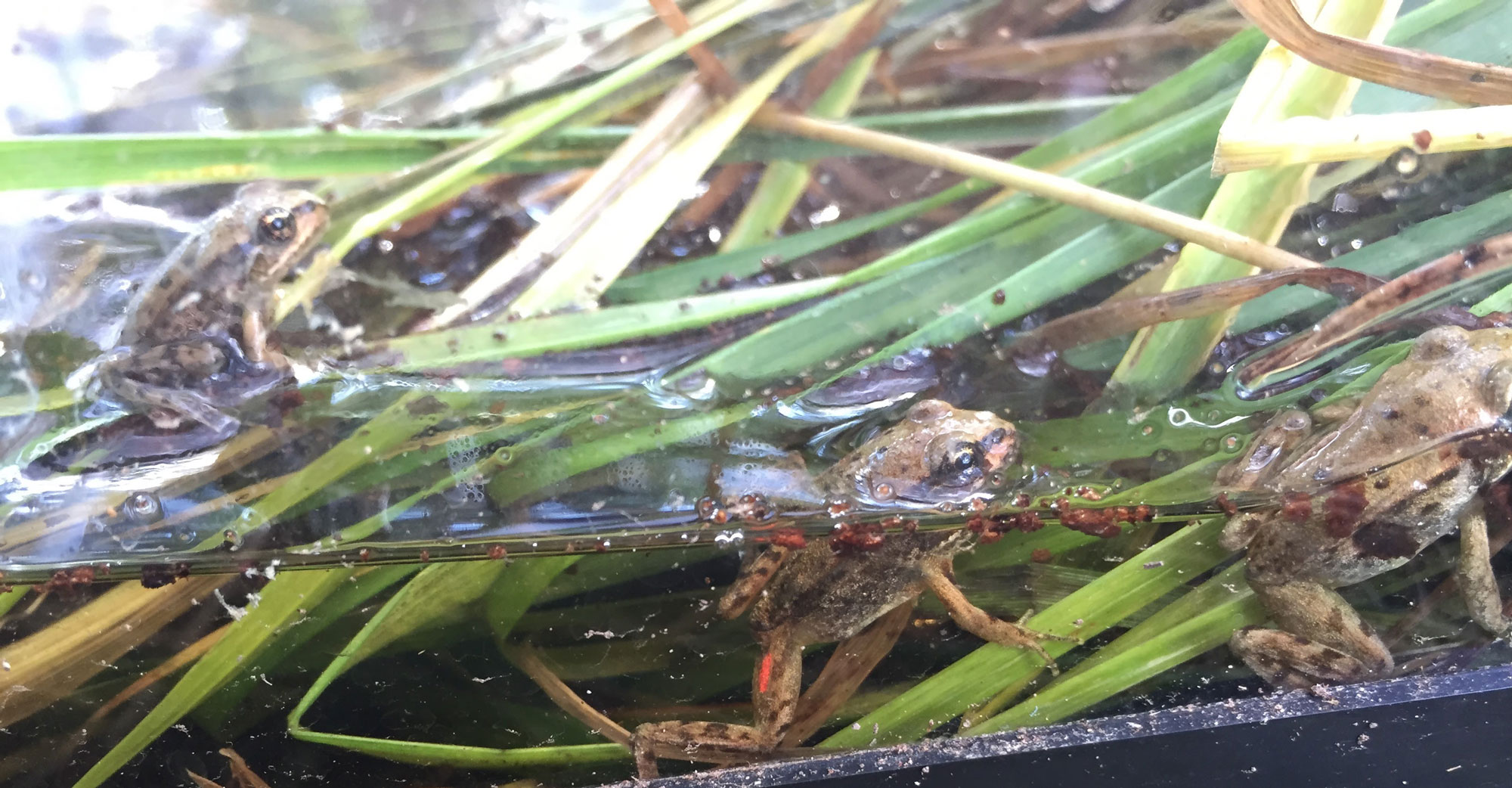 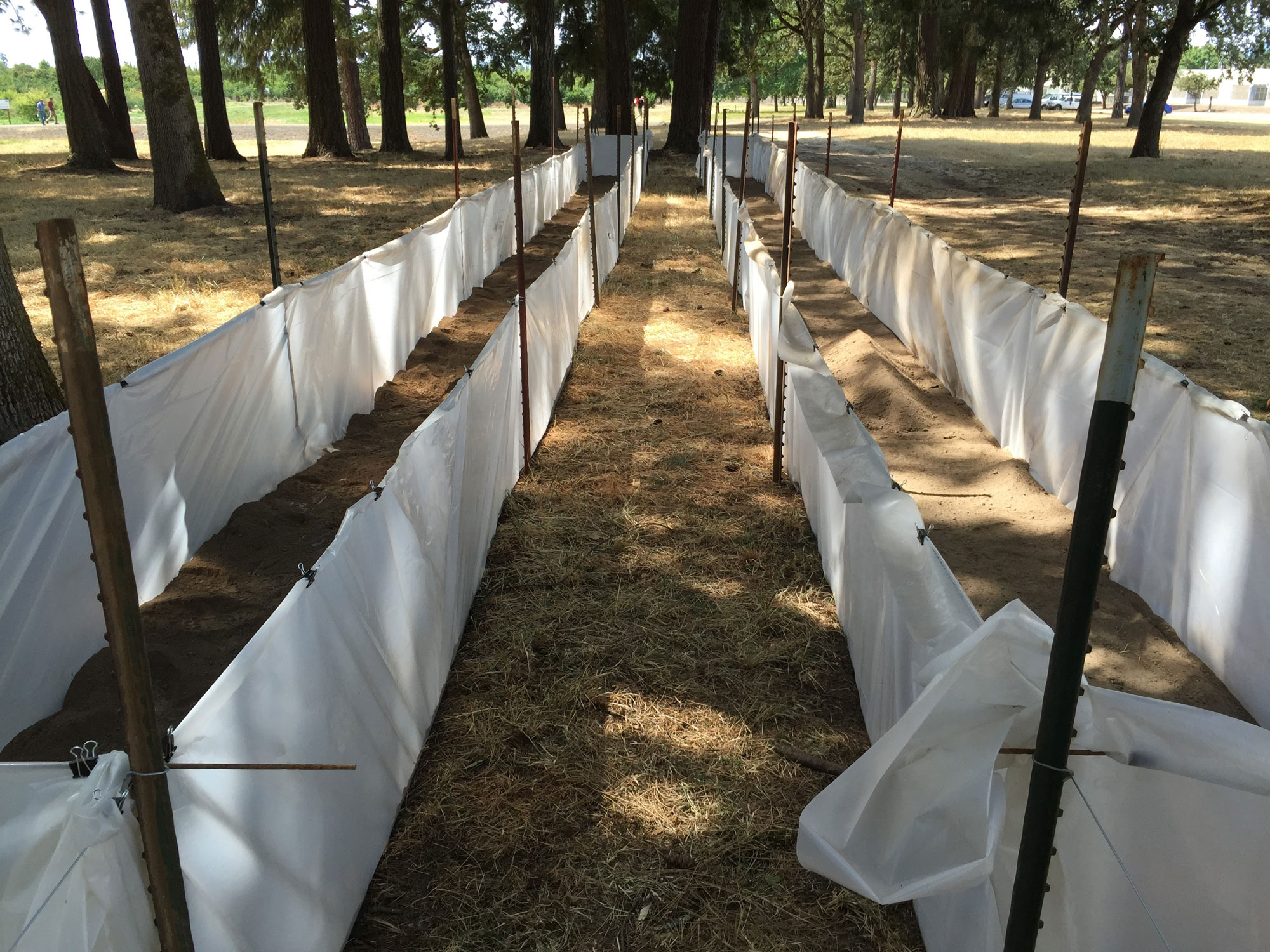