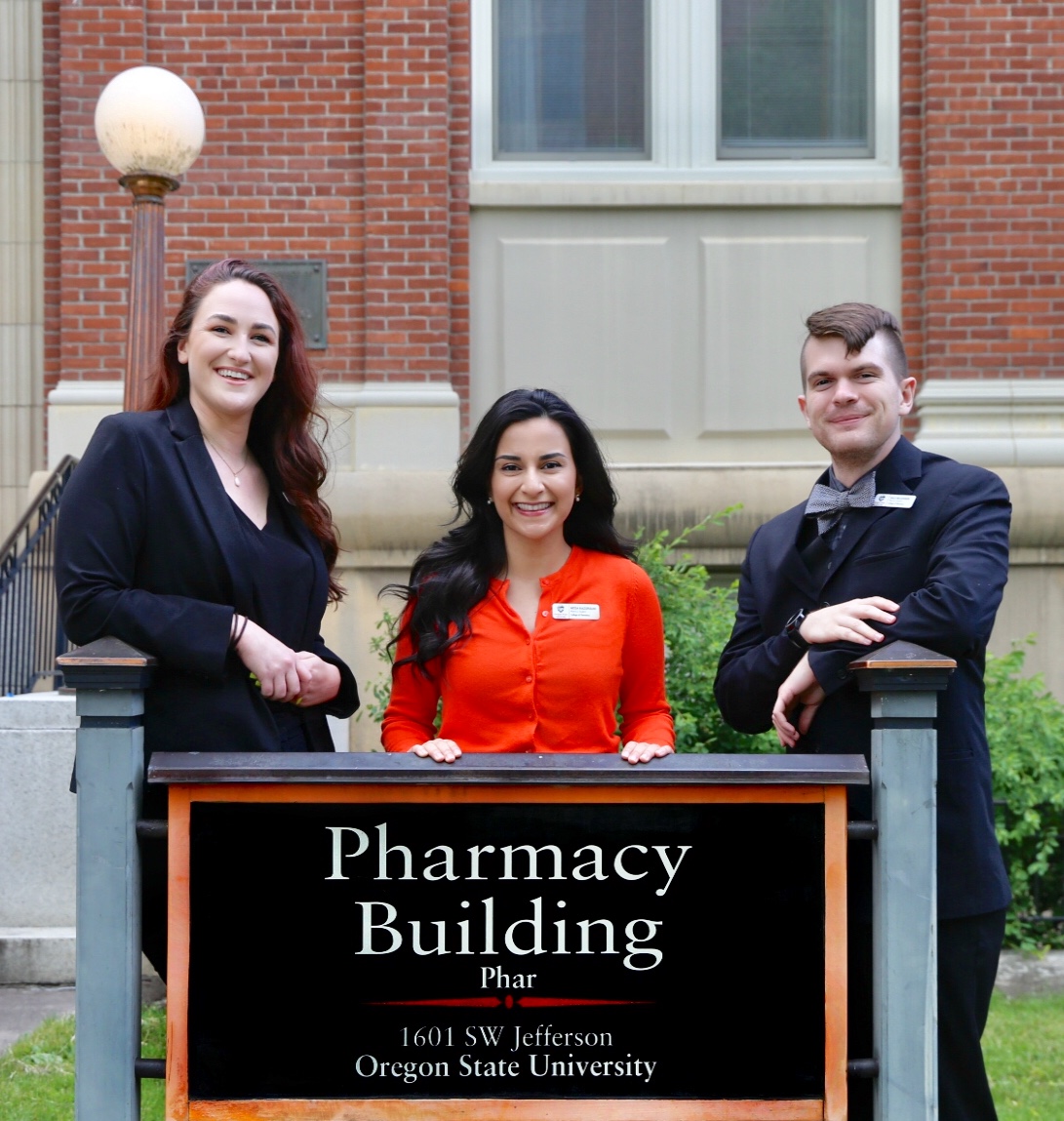 A three-student team from the OSU College of Pharmacy defeated 81 other pharmacy schools to place first in the 2019 American College of Clinical Pharmacy’s Clinical Research Challenge.

“Students compete through three rounds,” Irwin explained. “Round one is an online multiple-choice exam testing literature evaluation skills and biostatistics. The top 40 teams advance to round two, where they draft a letter of intent in response to a given scenario and research prompt.”

From that group of 40 teams, the highest-scoring 20 advance to the third and final round.

“They then draft a full 12-page research proposal with budget,” Irwin said, adding that the entire contest lasts only about 75 days. “It’s a very challenging competition with a very aggressive timeline.”

With their victory, Kazerouni, Wells and Wilkerson earn the right to present their research design during a poster session at the 2019 ACCP Annual Meeting in New York, New York, in October.

The Institute of Industrial and Systems Engineers has awarded Harriet B. Nembhard the title of Fellow. Nembhard is the Eric R. Smith professor of engineering and head of the School of Mechanical, Industrial, and Manufacturing Engineering.

The award recognizes outstanding leaders in industrial engineering who have made significant, nationally recognized contributions to the profession.

“Becoming a part of the community of Fellow is a tremendous honor,” Nembhard said. “In addition to being recognized by my colleagues for my IE accomplishments and contributions, it is a distinct opportunity to join with distinguished engineers to advance the profession and the discipline.”

She said she is excited for “opportunities for Fellows to think about what the ‘digital industrial and systems engineer’ means as well as how we can lead in terms of research convergence, engineering for social justice, and shaping investments in our collective future.”

The award was presented at the IISE international conference in Orlando in May.