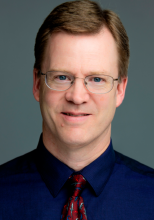 Phil Proteau, associate professor of pharmaceutical sciences in the College of Pharmacy,  has been named editor-in-chief of the Journal of Natural Products.

Serving as the associate editor since 2008, he replaces A. Douglas Kinghorn, who had filled the top editor’s position since 1994.

Proteau’s lab researches the chemistry and biology of natural products. Current projects involve the isolation and synthesis of hassallidins, antifungal glycolipopeptides from cyanobacteria, and the discovery of novel bioactive compounds from Indonesian soil bacteria, with a focus on antibiotic action.

Proteau earned his Ph.D. in medicinal/natural products chemistry at Oregon State in 1993, a master’s in organic chemistry at Caltech in 1989 and a B.S. in chemistry at the University of Washington in 1985.

Gabor Temes, professor of electrical and computer engineering, has been named to the rank of fellow by the National Academy of Inventors, the highest professional distinction bestowed upon academic inventors.

According to the academy’s website, “The NAI Fellows Program highlights academic inventors who have demonstrated a spirit of innovation in creating or facilitating outstanding inventions that have made a tangible impact on quality of life, economic development and the welfare of society.”

Temes’ work in analog circuits has led to improvements in cell phones, medical devices and other technologies.

“My students and I contributed to the development of new data converters, which are used in many hundreds of millions of devices,” he said.

Temes received his undergraduate education at the Technical University and Eotvos University in Budapest, Hungary, from 1948 to 1956, and his Ph.D. in electrical engineering from the University of Ottawa, Canada, in 1961.

In addition to Oregon State, he has held academic positions at the Technical University of Budapest, Stanford University and UCLA and worked in industry at Northern Electric R&D Laboratories (now Bell-Northern Research) and Ampex Corp.

Temes and the other 167 new fellows will be honored in April in Phoenix at the academy’s annual meeting.