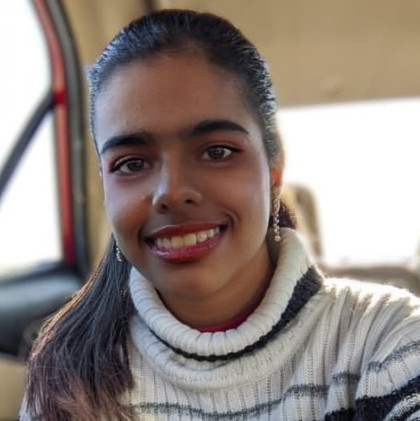 Vidhi Kadakia, a second-year undergraduate in the OSU College of Engineering, has been selected for the Department of Defense’s Science, Mathematics, and Research for Transformation scholarship program, known as SMART.

A computer science student, Kadakia is eligible for up to five years of full tuition as well as mentorship, summer internships, a stipend and full-time employment with the DOD upon graduation.

Kadakia, whose academic emphasis is cybersecurity, will work at Hill Air Force Base in Ogden, Utah, on the way to pursuing her goal of becoming a cybersecurity engineer at the Defense Intelligence Agency.

“Through the SMART scholar program, the Department of Defense is providing me the opportunity to be a part of national security,” said Kadakia, an Oregon State Ecampus student. “I am thrilled to not only protect citizens from threats but also stabilize our nation’s economy.”

For every year of degree funding, SMART scholars commit to working for a year with the DOD as a civilian employee. The department has nearly 150,000 civilian employees and employs more scientists and engineers than any other federal agency.