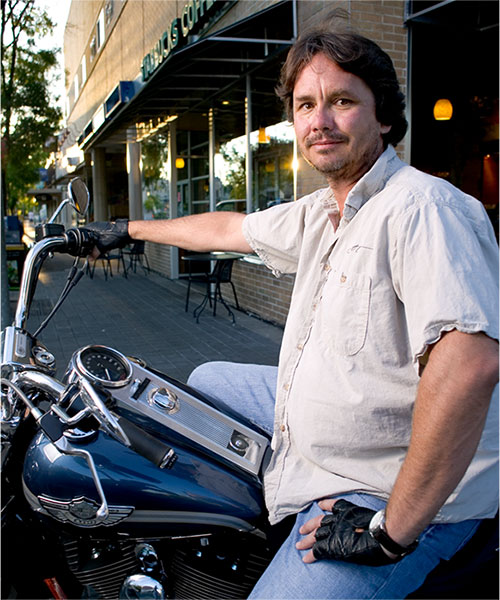 James Harry McAlexander, professor emeritus with the College of Business, passed away April 18, 2022, at the age of 63.

Jim was born in Inglewood, California to Thomas and Mary McAlexander. Along with his brother, Don, he grew up in the beach cities of Southern California. His pals from West Torrance High School remember him fondly as the gifted first-chair trombonist who played effortlessly and, so it seemed, without ever needing to practice. Depending on the waves, he could be found haunting the beaches with his ever-ready surfboard. He loved the music of Deep Purple, Jimmy Buffet, the Beatles and many other rock groups.

School came easy to Jim, with his incisive mind, and higher education increasingly became his wellspring. From Brigham Young University, he took his degree in political science. More importantly, that’s where he met Kim, playing Frisbee football at an apartment complex get-together. They married shortly after graduation in 1980, and Jim worked as an air traffic controller in Salt Lake City while Kim worked as a police dispatcher. Katie and Amanda came to the growing family during those years. Jim thrived in the high-pressure job of air-traffic control until the fateful day that Ronald Reagan fired all the controllers. Banned from his chosen profession, Jim entered the PhD program in marketing at University of Utah.

During his doctoral program, he formed many long-lasting friendships and established professional relationships that would define the arc of his academic life. He took his first academic job at Iowa State University.  During this time, his son Brandon was born.  A year later, he was joined by his fellow Utah alum, John Schouten, and together they conducted award-winning ethnographic research among the subculture of Harley-Davidson motorcyclists. Their credo was “do no boring research.”  He was widely known as the “Biker Professor” at Oregon State University, where he would finish his career as a professor of marketing and internationally recognized researcher. Also, Jim helped form a student-centered experience at OSU entitled "Close to the Customer" to give students real-life experience working in the consumer research field. Jim remains highly respected and deeply missed by the hundreds of colleagues, friends, and former students whose lives and careers he has influenced for the better.

Forced by illness to retire from academia, Jim embarked on the final phase of his abundant life.  He continued to ride his mountain bike as vigorously as ever and devoted his remaining energy to his family. To the end, he was full of love and laughter, irreverent, fun loving, and always ready for another adventure and assorted shenanigans.

He is survived by his wife Kimberly McAlexander of Corvallis, OR; his children, Katie McAlexander of Eugene, OR, Amanda Raff  of Oakdale, CA, and Brandon McAlexander of Grand Forks, ND; his sons in-law Justin Roudabush and David Raff; his grandchildren, Duncan and Carly Roudabush, and Tyler, Cody and Ryan Raff; his father, Thomas McAlexander (Mary McAlexander preceded him in death); his brother, Don McAlexander; numerous aunts, uncles, cousins, nieces, and nephews.