Considered the biggest and bloodiest battle of the war, the Meuse-Argonne Battle was considered a turning point at the end of World War I. Beginning Sept. 26, 1918 and stretching along the entire Western Front in Europe, the battle only concluded with the end of the war on Nov. 11, 1918, Armistice Day. During the six-week battle, American and French forces drove back the Germans, and more than 26,000 Americans were killed. One of the survivors, Edward C. Allworth, went on to become the first director of the Memorial Union at Oregon State University, but his first claim to fame is as the recipient of the Congressional Medal of Honor for the extraordinary heroism he displayed during the Meuse-Argonne Battle.

On Nov. 5, 1918, then-Captain Allworth was in Clery-le-Petit, France, serving with the 60th Infantry, Fifth Division. He and his men were crossing a footbridge across a canal in the Meuse River when shell fire destroyed the bridge and separated the unit. Determined to support the troops who had already crossed before the bridge was destroyed, Allworth plunged into the canal and up the opposite bank, inspiring his remaining soldiers to do the same, despite being fired upon by the Germans.

“We steal across the engineers’ footbridge and reach the canal on the other side of the river; Germans, suspicious, and firing constantly, puncture pontoons across the canal and the bridge sinks, leaving part of our outfit on the German side alone,” Allworth recalled of that fateful day.

The unit reunited after they scrambled up the banks of the canal, and together drove back the German troops by more than a kilometer, successfully capturing 100 prisoners of war during the offensive. The action allowed others the time and protection to rebuild the bridgehead so that other troops could advance.

While Allworth’s heroism was positively cinematic, his recollection of the weeks-long battle was much more grim. Allworth spoke at length in a radio address on KOAC on the anniversary of the Armistice in 1929, describing his experience during the battle as a troubled dream. He recalled the final full day of the war with gritty clarity.

“Through mud and water, worn with strain and lack of sleep, tired from physical exertion, weak from dysentery, praying for relief but pushing on and on - mud deeper. The 10th (of November) we marched all day through thick mud nearly to the knees. Brush too thick to get out of beaten path. Men fell exhausted, stuck, thrown aside to come on when they could. Early in the night two men slipped into the brush and put bullets through their hands, not alone taking the wound but court martial and disgrace for a chance at relief from the strain.”

Years later, Allworth was clearly haunted by his experiences, still vividly recalling some of the deaths he saw and the troops he left behind. When asked if the war had been worth the cost, he was frank.

“How thankful we are for this wonderful period of peace. As far as we personally are concerned it was well worth the struggle, but we cannot speak so blithely for those we left on the other side. They paid the price for our peace of today.” 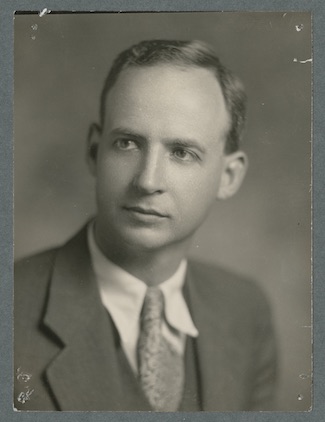 In addition to the Congressional Medal of Honor, Allworth received the French Chevalier Legion D’Honneur, the Croix de Guerre with two palms, the Italian War Cross, the Prince Danilo De Montenegro (fourth class) and the Washington State Levy Diamond Medal for the most distinguished and valorous service of a soldier citizen of that state. His service to the university and his country also earned him an honorary Doctor of Laws degree from Oregon State in 1929.

A native of Battleground, Wash., Allworth graduated from Oregon State College in 1916 before serving in WWI. By 1919, after the war concluded, he rose to the rank of major when he was just 23-years-old. In 1925, he returned to his alma mater to become the Memorial Union manager, the first person to take the position. The MU had not even been built at this time, so the first few years of Allworth’s job were focused on the planning and financing of the building. He remained in the position until his retirement in 1963. He spent his remaining years on the family farm, before passing away in 1966. He is buried in Crystal Lake Cemetery in Corvallis.