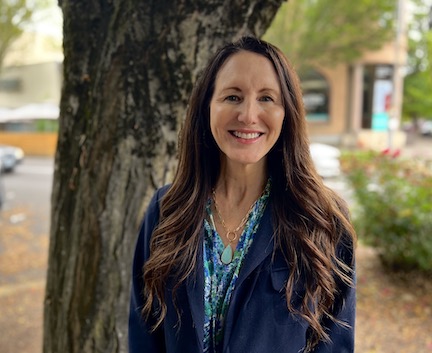 Lanier’s appointment will last for the duration of a search for the next director of Oregon Space Grant Consortium, which was formerly was part of the Research Office, but this year it became part of the College of Science.

Funded by NASA, the Oregon Space Grant is part of a national network of colleges, universities and museums, promoting STEM education, research and public outreach efforts. The consortium works to expand opportunities for students to understand and participate in NASA’s science, aeronautics and space projects. Programs are designed to recruit and train NASA’s next diverse workforce. OSU is one of only three universities nationally that hold a space grant designation and also are designated as land, sea and sun grant universities.

During her tenure with Oregon Space Grant, Lanier has managed efforts to inspire, engage, recruit and train students from across Oregon for careers in aerospace-related STEM fields. She has led the design, development, implementation and oversight of student-led research programs, NASA and Oregon internship opportunities, faculty advancement programs and informal educational opportunities.