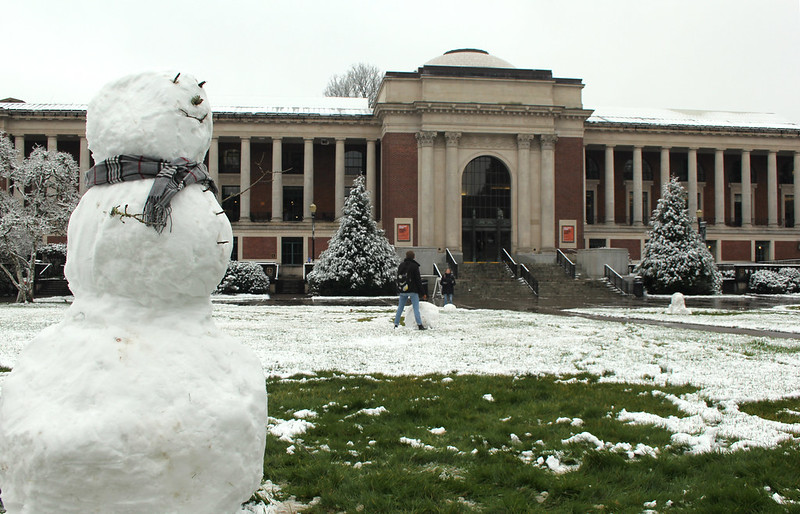 Oregon State University’s Memorial Union has been highlighted in two national rankings this fall for being one of the nation’s “Most Amazing Campus Student Unions” for 2021.

Best Value Schools ranked the Memorial Union Number 11 for its many features, including its art gallery, craft center and ballroom.

Best College Reviews ranked the Memorial Union Number 20 out of 25 “Amazing Student Unions.” The rankings feature college campus student unions that are going above and beyond to accommodate and pamper students.

The Memorial Union was the first student union in Oregon and was built through contributions made by students and alumni. Ground breaking ceremonies took place on March 3, 1926. The cornerstone was laid on June 1, 1928 and the building was open to students and the public for the first time. The building remained virtually unchanged until fall term of 1960 when the two wings were added at each end of the building for the bookstore and dining commons. The east wing was updated in 2014.