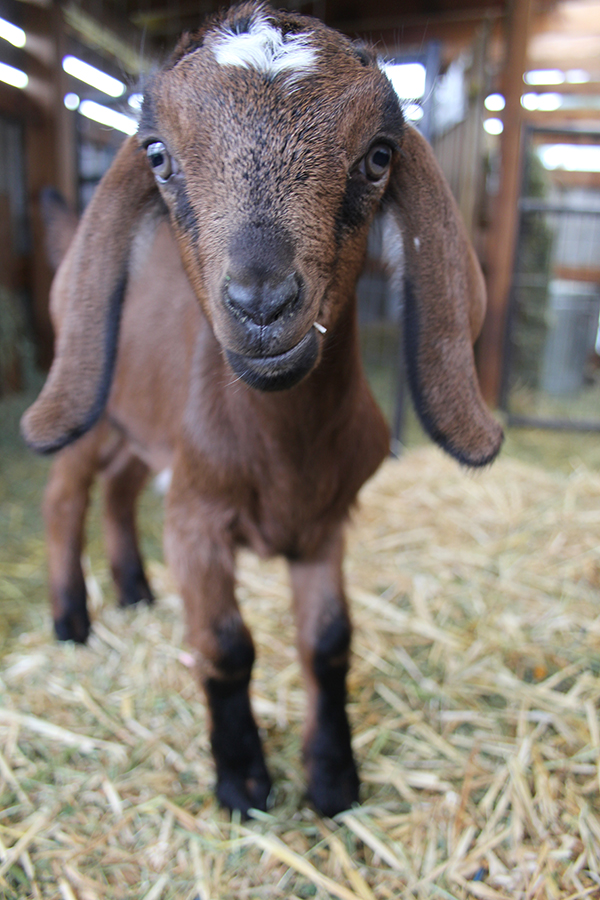 Two very small, slightly pot-bellied brown shapes are streaking back and forth in a hay-filled pen on Sara Dalotto’s small Albany farm. The newborn miniature Nubian goats are ricocheting off walls and making wobbly-legged leaps off a hay bale as their docile mother looks on, chewing calmly. It’s their first day out of their smaller enclosure, and they’re getting their sea legs.

Dalotto looks on, laughing as the babies spring in random directions. The goats, Siddra (Star) and Orion, were born on April 8, the first offspring of Dalotto’s doe Faith, who is going to be renamed Gibbous to keep with her space theme.

Dalotto, who works as an office specialist in Transportation Services at Oregon State, enjoys her off-time at her hobby farm, which is generally a pretty restful spot, despite the clownish antics of the babies. She enjoys the few minutes each morning and evening when she sits down to milk the does, and chat with the other goats milling around the pen. Her mother had goats when Dalotto was a little girl, and her love of goats was reinforced a few years ago when she was farm-sitting in Philomath and the owners had a goat they needed to sell. Thus her foray into goat ownership was born.

She now owns six does, plus the two newborns, with another batch of babies due in May (two other does are currently very pregnant). She uses the milk to make cheese and yogurt, and sells a few kids a year to keep the costs down a little. Last year, she participated in the Oregon State Fair and the two kids she exhibited won first and second place. That, she said with a laugh, was because they were the only mini-Nubians in their age class to compete, but she is still proud.

“I feel like goats make a really strong connection with humans,” Dalotto said. “There’s something therapeutic about them. They’re relational. It’s a partnership.” 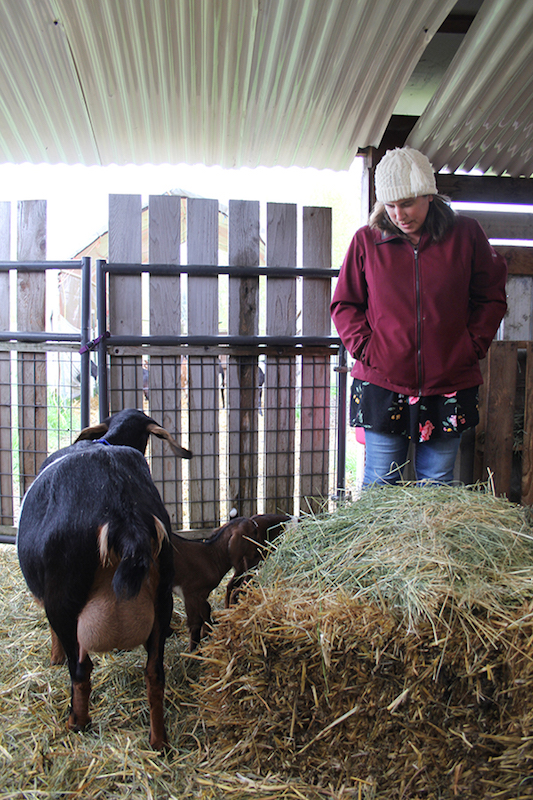 Unlike dogs, which Dalotto also loves, goats participate in the relationship on a more equal footing. When she comes into the pen, they choose if they want to be scratched and for how long, and then they just spend time being together, companionably. Originally, she said she figured goat raising was something she’d do as an old woman, in her retirement years. But then she decided there was no need to put it off.

“I realized if I didn’t just do it, the likelihood of doing it later would be smaller,” she said.

The first time she really fell for a goat was at her mother’s friend’s house, where they were raising Nubians. There was a particular baby goat who had suffered brain damage, and needed extra attention.

“He was super sweet but really out there,” she said. “He was my favorite.”

She has the goat enclosure set up so that she can easily take care of the goats before and after work without taking up too much time. Milking season slows down the routine somewhat, but she enjoys the calm routine. She keeps most of the milk herself, although has sold some on occasion to friends. She learned how to make chevre from a book her friend loaned her, and it’s a hit at home.

“We don’t let it stay around long,” she said. Plus she loves making goat milk yogurt, eggnog and even eggnog ice cream.

“Goat yogurt is a lot sweeter than you’d think,” she said. “It’s got a mild, mellow tartness to it.”

In addition to her goats, Dalotto has chickens, rabbits, a miniature Australian shepherd and a semi-feral cat. She said it’s not too hard to keep a couple of goats on a half an acre (she has three and a half acres) but she warns it can be an expensive hobby. She also tries to keep moving the goat pen around to freshen up the perspective for the goats and keep parasites at bay.

And while they’re cute and friendly creatures, she warns that they’re not the perfect match for everyone.

“Sometimes people get them to eat down their blackberries,” she said. “But they don’t plan for what they’re going to do when the blackberries are gone.” 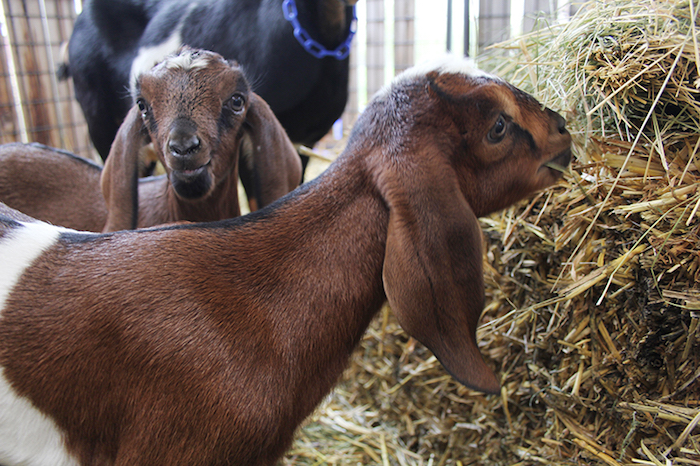