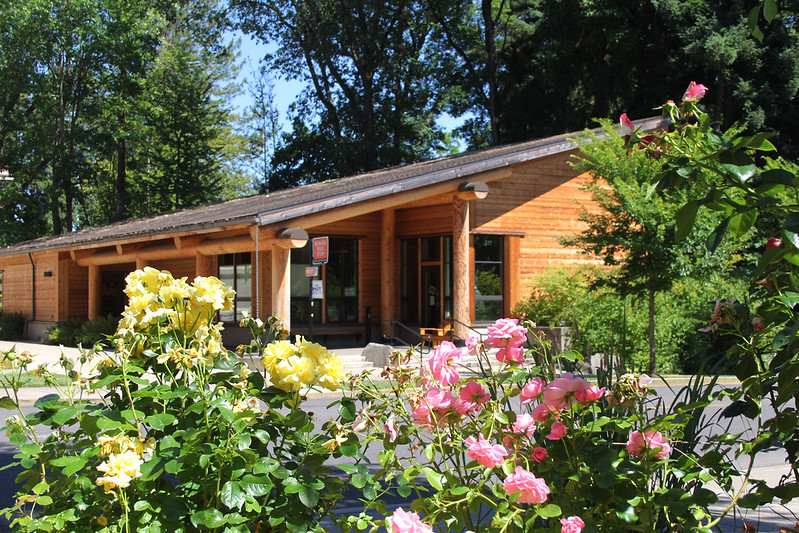 Oregon State University is expanding efforts to serve Indigenous communities across the state and nationally as OSU continues to reflect on its role as a land grant institution.

Several years ago, the university introduced a land acknowledgment addressing the legacy of the Morrill Act of 1862, which established land grant universities like Oregon State through the seizure of nearly 11 million acres of land from 250 sovereign Tribal nations, with little or no compensation. Part of that seizure included lands taken from the Klamath, Coos, Lower Umpqua, Siuslaw and Coquille people by the federal government and deeded to the state of Oregon to be sold to create an endowment to support a university that eventually became Oregon State University.

Acknowledging this history includes reading a land acknowledgment statement at university events, lectures, art exhibits and other activities, including all Board of Trustees meetings.

Reading the land acknowledgment is part of accepting responsibility for the university’s ongoing obligation to serve Native and Indigenous communities in Oregon and throughout the country, said Scott Vignos, OSU’s interim vice president and chief diversity officer, who said additional effort are underway.

“It’s one thing to say it, to acknowledge it,” Vignos said. “It’s another to reflect on what reconciliation looks like.”

OSU recently announced a new policy that provides in-state tuition to any enrolled member of a federally recognized Tribal nation, regardless of where they live. In addition, students who are enrolled members of the Nine Tribes of Oregon may also be eligible for the state of Oregon’s new Oregon Tribal Student Grant Program, which provides assistance up to the cost of attendance at Oregon public and private, non-profit colleges and universities in the state

“The new tuition policy is a direct reflection of Oregon State University living and breathing the land acknowledgment and addressing how the creation of Oregon State as an 1862 land grant institution has had an impact on tribes across the nation,” Vignos said.

Another important step is the recent hiring of Cristina Eisenberg as associate dean and director of Tribal initiatives in the College of Forestry. And this fall, a new President’s Commission on Indigenous Affairs created. The commission’s role includes promoting excellence in Indigenous research and scholarship, supporting institutional change to aid Indigenous students, staff and faculty, and cultivating a university culture that honors Indigenous perspectives.

“Oftentimes Indigenous students, faculty and staff are asked to offer land acknowledgements, or people read them on their own, without programs and departments having thought more deeply about next steps,” said Luhui Whitebear, center director of the Kaku-Ixt Mana Ina Haws and an assistant professor in the School of Language, Culture & Society. “This creates a culture of performance which is the opposite of what land acknowledgements are meant to do. The Presidents Commission on Indigenous Affairs developed a land acknowledgement guidance for departments and programs to move towards those next steps while thinking critically about their roles in upholding OSU’s commitments to Tribal nations and Indigenous people.”

Vignos said efforts to support Indigenous community members can be done at individual and institutional levels and can be supported by of university partners in departments and offices such as the Office of Institutional Diversity. He said faculty members can strategize how they can proactively engage with Tribal partners, attract graduate students from Indigenous communities and even decolonize their own curriculum by learning about and incorporating Indigenous ideas and frameworks into their classroom. He said these efforts can include featuring Native writers in a literature course, discussing the use of Indigenous ingredients for medicinal purposes in a pharmacy class or examining the historical and present Indigenous use of controlled burns to manage wildfire.

“We’re talking about integrating different epistemologies into our work, and this can extend beyond Indigenous communities to include things like addressing anti-Blackness, looking at how we incorporate Latine thought and representation, and beyond,” Vignos said. “The hope is to prompt a lot of self-reflection and then create opportunities to build our capacity as teachers and researchers. This was rarely part of much of our training and background, so we are asking for community members to be open to new ways of thinking and to seek out guidance to do this work.”

He said the Office of Institutional Diversity staff, in partnership with faculty experts, are available to collaborate with individuals and departments to co-design workshops that explore what’s possible and how to more deliberately incorporate Indigeneity into the work of Oregon State.

“We really want to take this to the next step to examine how we reflect the spirit of the land acknowledgment in the work we do every day,” Vignos said.