OSU student one of 15 chosen for State Department fellowship 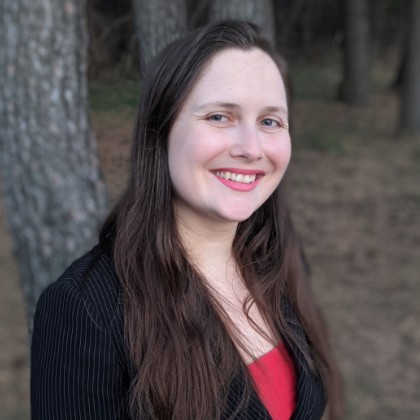 An Oregon State University undergraduate student is one of 15 people nationwide selected by the U.S. Department of State for its Foreign Affairs Information Technology (FAIT) Fellowship.

Jolene Farley, studying computer science in the OSU College of Engineering, will receive up to $75,000 in academic funding to complete the final two years of her bachelor’s degree program, a pair of summer internships, professional development training and other mentoring.

One of her internships will be in Washington, D.C., and the other will be at a U.S. embassy or consulate abroad.

After completing the fellowship, Farley will be appointed to the Foreign Service as an information management specialist.

“I’ve long held an interest in working for the Department of State in an international capacity as a Foreign Service worker,” Farley said. “Not only will working as an information management specialist provide the incredible opportunity to live and work overseas, but it will also allow me to use my skills in technology to further the foreign relations mission of the United States.”

The Department of State’s workforce includes roughly 13,000 members of the Foreign Service, 11,000 Civil Service employees and 45,000 locally employed staff at more than 270 diplomatic mission locations around the globe.

Before enrolling at OSU, Farley was a student at Riverside City College in Riverside, California, and served on the editorial staff of the college’s literary journal, MUSE. Outside of school, Farley enjoys roller skating, volunteering and studying languages (a military spouse, Farley has lived and traveled in South Korea and Japan).

In partnership with the Washington Center for Internships and Academic Seminars, the FAIT Fellowship program aims to attract top talent that represents the ethnic, racial, gender, social and geographic diversity of the United States. The first fellowship cohort was named in 2017.

This year’s cohort includes seven graduate students and eight undergraduates. Farley is the only student selected from a Pacific 12 Conference university and one of just two chosen from a school west of the Mississippi River.

The 2023 application cycle for the FAIT Fellowship program is scheduled to begin in September. The start will be announced online at https://www.faitfellowship.org/ and shared on Facebook, Instagram, Twitter and LinkedIn.