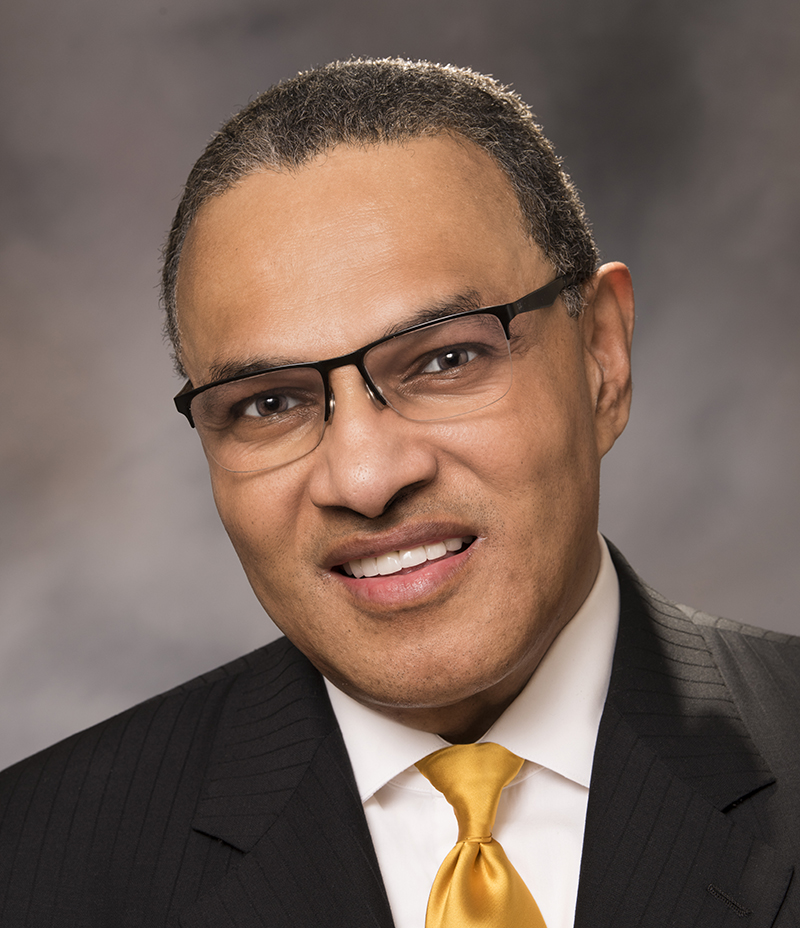 “In these challenging times, it is more important than ever that we become as connected as possible, and that we think through, in higher education, how we can use language and take action that helps the public understand the role we will play,” said Hrabowski, who has served as president of the University of Maryland, Baltimore County for 28 years.

University Day is OSU’s annual launch of the new academic year for faculty and staff, with discussion of the university’s role and mission, and awards given for teaching, research and service. Nearly 1,000 people viewed the virtual event that was held remotely due to COVID-19.

During his address, Hrabowski said universities must help the public to understand that the future of American society depends on the health of public colleges and universities, as they educate the majority of college students in the U.S.

He recounted his experience as a young boy in Birmingham, Alabama, in the 1960s, hearing Martin Luther King, Jr., speak and later joining in the protests as 12-year-old, only to be arrested. Hrabowski recalled King telling protesters at the time that their actions would have an impact on children not yet born, as they highlighted the disparities and unequal access to education facing the nation’s Black population.

Because of civil rights legislation passed in the years following those protests, Hrabowski said, more people were able to go to college: In 1965, only 10% of Americans held college degrees; today, though gains have been made, that number is still only about 33%, with significant disparity between races. If no one in a family has gone to college, he said, it is hard for other family members to understand the benefit of getting a college degree.

“The fact is, a part of our future has to be about increasing the number of people of all races at all income levels who can move into social mobility through education and do much better,” Hrabowski said.

To improve and begin to educate more people, he said university faculty and administration must first be honest with themselves about the places where they continue to uphold structural racism and discrimination.

“We have work to do,” Hrabowski said. “We have to look in the mirror and to know it is possible to do it.”

Speaking to the university community, Alexander and Plaza emphasized the need for flexibility and compassion as students, staff and faculty continue to work in the unprecedented circumstances wrought by COVID-19, calls for racial equity and an end to racism in America, and ongoing wildfires in Oregon.

Alexander spoke of the need for education leaders to reframe the discussion around who benefits from higher education.

“We have allowed the rhetoric that this is an individual benefit, so therefore the next generation ought to pay for the cost of it entirely,” Alexander said. “And now student indebtedness is a national issue. All of these are consequences of our lack of sharing what we need to do more of — which is to get everybody to understand that they truly benefit when society is better educated.”

Alexander and Ray also said colleges and universities must be more deliberate in supporting and advancing women and underrepresented students in higher education, not just in enrollment, but also in graduate-level education and tenure-track professorships.

“It’s about setting a foundation for people to have an opportunity to realize their potential,” Ray said. “The best place to start is with a culture that’s inclusive and supportive of people. And then it comes down to access and opportunity.”