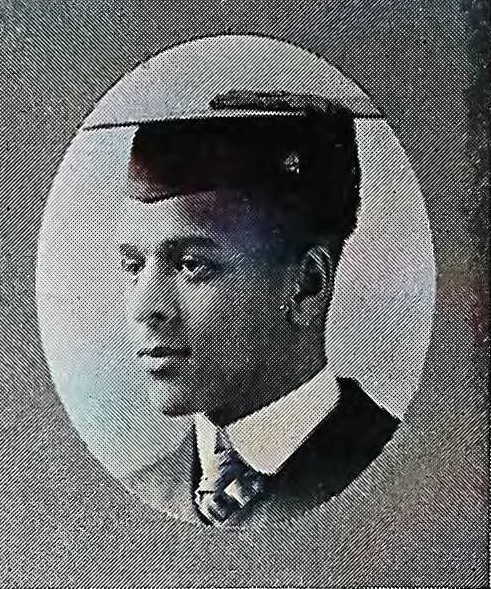 Oregon State University archivist Larry Landis was leafing through a 1919 Beaver Yearbook in 2018 as he did research on representations of blackface in old university publications. As he looked for examples, he came across a yearbook photo of a student who appeared to be African American.

As the director of the Special Collections & Archives Research Center, Landis knew that officially, Carrie Halsell was considered the earliest identified African American graduate of Oregon State (at that time Oregon Agricultural College) in 1926. But the man in the photos, Palmer Patton, graduated from OAC with his bachelor’s degree in 1918 and a master’s degree in 1920. Landis investigated further.. He combed the university archives, online historic newspapers, and even accessed information through his personal Ancestry.com account. He also made inquiries with archives at other universities – Montana State University, UC Davis and the University of Chicago – all of which provided or confirmed information on Patton. He spent part of an afternoon in the archives at Montana State while in Bozeman for a conference.

“Over the course of several months I pieced together Palmer Patton's story,” Landis said. “The end result is a story of someone who was most likely bi-racial, who identified as white at times, and who was able to navigate through places and spaces that were predominantly white.”

Patton’s story, which will be expanded upon at a presentation at 5 p.m., Feb. 24, in the Lonnie B. Harris Black Cultural Center, is not uncommon to African Americans at the time. Patton grew up in Chicago, the son of an African American teacher. In the 1900 census, he was listed as black, and in 1910, mulatto. But at OAC, he self-identified as white, which Landis explained simply helped him function in a white-dominated society. The act of claiming a dominant racial identity in order to benefit from white privilege is known as passing.

“Racial “passing” allowed light-skinned black Americans to sidestep racism faced by black people and claim the privilege of whiteness in public spaces,” explained Dwaine Plaza, professor of sociology with the OSU School of Public Policy, who will be joining Landis during the Feb. 24 presentation. "The practice, writes historian Robert Fikes, Jr., was 'seen by many African Americans as a way of outwitting the system of oppression and making laughable fools of those who countenanced notions of white racial purity and supremacy.' The practice also alienated black peple from others of their culture because once they had gone over and claimed whiteness it was hard to go back - living between two worlds in hiding."

In addition to marking ‘white’ when asked about his race, Plaza said Patton did other things to blend in, like keeping his hair very short and making sure he was dressed similarly to his white classmates. It was a way to survive.

“Patton understood quite well what blackness would give him in the 1920s-- he would likely not been able to get a BA and a masters degree in agriculture,” Plaza said. “Life was complicated and racism, discrimination and exclusion were often doled out to people based on physical appearance. It did not have a basis in science or hard biological differences. Opportunities came to individuals primarily based on how others coded and perceived them. Palmer got ‘white’ treatment also because of his athletic ability. Athleticism seems to have trumped the negative stereotypes that are most often linked to African Americans during the 1920s.

After receiving his masters, Patton stayed at OAC briefly and was a faculty member, making him the oldest identified African American faculty member at OAC as well. In 1928 he moved to San Francisco, and lived there until his death in 1976. Records show he may have served in World War II and identified as black at that time, but Landis said records about him are sparse after 1930, and he could find no evidence that he ever married or had children.

Both Plaza and Landis hope to use Patton’s story to expand our understanding of the role race has played at the university, for students and faculty. Since learning about Patton, Landis has subsequently identified another six African American students who attended the university in the 1920s-30s, and wants to share their stories as well.

“Patton's story is interesting in and of itself, but probably not unique. Other colleges and universities in the U.S. likely had students of color who self-identified and passed for white, or who had a lighter skin color and were not subjected to the same barriers that other students of color might have experienced,” Landis said. “The other takeaway is that OAC had other students of color in the 1920s and 1930s, and we need to explore, share and celebrate their stories and the contributions they made to the history of this university.”