Question everything: Teaching students how to better use Wikipedia 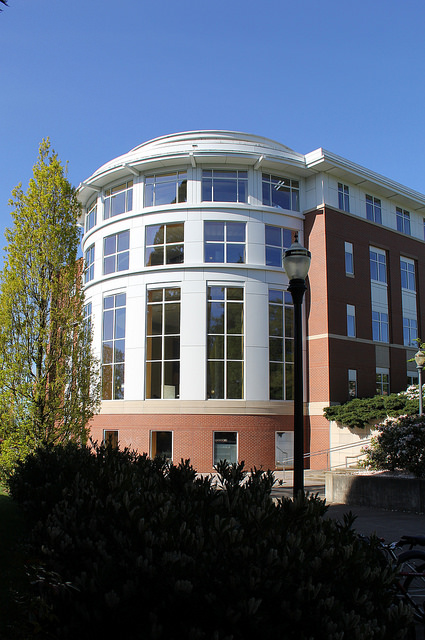 University librarians at Oregon State University are committed to free and open access to creative work and scholarship, and in fact were the driving force behind the adoption of Oregon State’s Open Access policy in 2013. But some librarians are taking their commitment to open access in a surprising direction, toward viewing the popular online encyclopedia Wikipedia as an important pedagogical tool.

Oregon State instruction and outreach librarian Laurie Bridges wants to teach university students not just how to use Wikipedia with a more informed eye, but to create and edit Wikipedia pages themselves, and use that experience as a way to better their research skills. Bridges and Carroll University librarian Meghan Dowell have recently published two columns on the topic in The Journal of Academic Librarianship. In their first column, they argue that Wikipedia is a great tool for librarians to use to teach information literacy.

“The transparency of the Wikipedia article allows the student to see attribution in action,” Bridges and Dowell wrote. “Wikipedia allows for clear delineation of attribution, as opposed to traditional textbooks and scholarly works, where it can be unclear which of multiple authors wrote a particular section or chapter.”

On Feb. 8, Bridges and two other librarians are joining with the organization AfroCROWD to coordinate a Wikipedia editathon, “Writing African American History into Wikipedia.” Oregon State students will be participating in the event at the Valley Library (2 p.m., Autzen Classroom). Oregon State’s sister library in Abeokuta, Nigeria is also going to host an editathon the same day with a focus on Nigerian history. Additionally Bridges, who is an associate professor, will be teaching an Honors College course on Wikipedia during Spring Term.

“There are huge gaps in representations in Wikipedia, so working to fill those gaps is important for access to information and equity,” Bridges said. “Nobody knows exactly how many editors are white males on English Wikipedia, but it’s estimated to be between 80 and 90 percent. People write about what interests them, it’s only natural. So, there need to be more voices in Wikipedia. The editathon and the class I’m teaching are both designed to bring more voices to the creation and editing process of Wikipedia.”

The fifth-most visited website in the world, Wikipedia is often viewed by academics with deep skepticism. After all, Wikipedia’s model is one of using volunteers to create and edit its entries, rather than a team of academic researchers. The information found on Wikipedia can at times be dubious in nature, but it remains a primary starting place for many college students doing research online. Bridges argues that instead of being dismissive of Wikipedia or vainly trying to keep students from using the site, that we should instead be encouraging them to become editors and article creators themselves, and use the experience to hone their research skills. 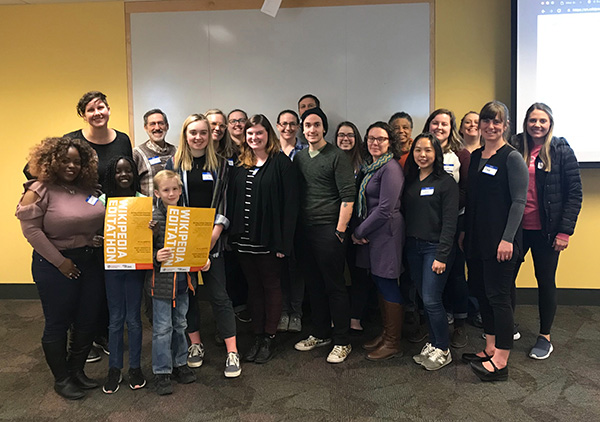 “Is Wikipedia perfect? No. But, it’s time for teachers and instructors to stop dismissing Wikipedia out-of-hand,” Bridges said. “We all know everyone is using Wikipedia including doctors, scientists, and students. We should examine and question our own assumptions about Wikipedia and talk with students, in-depth, about what it is, what it isn’t, and how it can be used as a source for information.”

Teaching college students how to research and add to Wikipedia articles or create new ones on topics previously unexplored is a great tool, Bridges said, because the importance of what they’re creating matters more than just a class term paper.

“All writers have an audience in mind when they’re writing,” Bridges said. “If the professor is the only editor/reader, then the student is thinking, and often verbalizing, “What do you want?” When writing for Wikipedia, students must think about a larger audience. It gives the topic and research more importance. In addition, afterward, students can check in to see how many people have viewed their article. It’s also kind of cool to think that 10 years from now, assuming Wikipedia is still around, they can go back and read that Wikipedia article they wrote when they were an undergraduate.”

The process of information creation has value and scholarship can be a conversation, Bridges said. Putting together Wikipedia articles can teach students valuable lessons about how authority is constructed and contextual, and how to becoming a more discerning consumer of online information as well.

“If we want a more informed citizenry, where people aren’t so easily manipulated by fake news, we need to teach students about the information sources they use,” Bridges said. “Saying, “Don’t use Wikipedia,” is not helpful, and in fact may be detrimental. We are seeing all around us what happens when people don’t dig below the surface about the information they are consuming – Who created it? Who paid for it? What sources are cited? Whose viewpoint is this?”