CORVALLIS, Ore. – Oregon State University today announced $100 million in gifts to launch a $200 million research and education center that will harness one of the nation’s most powerful supercomputers and team-based research in artificial intelligence, materials science and robotics to solve global challenges in areas such as climate science, oceanography, sustainability and water resources.

The complex also will underpin OSU’s research and teaching supporting the semiconductor and broader technology industry in Oregon and beyond.

The center will be named the Jen-Hsun and Lori Huang Collaborative Innovation Complex following a gift of $50 million to the OSU Foundation from Jen-Hsun Huang, founder and CEO of NVIDIA, and his wife Lori, both of whom are Oregon State University graduates.

“We are thrilled by this extraordinary philanthropy and commitment to advancing research discovery and problem-solving,” said OSU President Jayathi Murthy.

“The Jen-Hsun and Lori Huang Collaborative Innovation Complex at Oregon State University will be much more than a building. It will serve as a university-wide promise and as a hub for advancing groundbreaking solutions for the betterment of humanity, the environment and the economy.

“The center will be a dynamic place where creative, driven faculty, students and partners from business and other universities come together to solve critical challenges facing the state, nation and world.”

Murthy said the three-story, 150,000 square-foot center is being designed and is anticipated to open in 2025. It will be built in the northwest corner of OSU’s Corvallis campus along Southwest Memorial Place and Monroe Avenue, near the intersection with Monroe and Southwest 23rd Street.

Murthy said the center is part of Oregon State’s efforts to advance diversity, equity and inclusion in STEM education and research.

The Huangs graduated from Oregon high schools and met while undergraduates in OSU’s College of Engineering.

“We discovered our love for computer science and engineering at OSU. We hope this gift will help inspire future generations of students also to fall in love with technology and its capacity to change the world,” said Jen-Hsun and Lori Huang.

“AI is the most transformative technology of our time,” they added. “To harness this force, engineering students need access to a supercomputer, a time machine, to accelerate their research. This new AI supercomputer will enable OSU students and researchers to make very important advances in climate science, oceanography, materials science, robotics, and other fields.”

The center will employ a NVIDIA supercomputer to support faculty in addressing highly complex and challenging computational problems. The OSU supercomputer – powered by next-generation NVIDIA CPUs, GPUs and networking – is expected to be among the world’s fastest university supercomputers, powerful enough to train the largest AI models and perform complex digital twin simulations. The complex will also have a state-of-the-art clean room and other specialized research facilities.

NVIDIA has pioneered accelerated computing to tackle challenges that otherwise can’t be solved. Its work in artificial intelligence and computer graphics is transforming industries valued at more than $100 trillion, from gaming to health care to transportation, and profoundly impacting society.

“The Jen-Hsun and Lori Huang Collaborative Innovation Complex will be an incredible contributor to our state and world by supporting innovation, entrepreneurship and partnerships with industry and other higher education institutions,” said Edward Feser, OSU provost and executive vice president.

“The complex builds upon OSU’s distinction for highly collaborative and team-based research, education and innovation that harnesses diverse expertise throughout the university.

“The collaborative innovation complex will be a key component of efforts championed by federal and state, business and academic leaders to support the competitiveness of Oregon’s semiconductor industry. OSU is committed to supporting the full workforce development pipeline for the sector, by partnering with community colleges and other Oregon universities to create seamless pathways to traditional and alternative credentials and by preparing bachelor through Ph.D. degree graduates.”

During the 2023 Oregon legislative session, OSU will request $75 million in state-paid bonding to match philanthropic and university contributions for the collaborative innovation complex. The university and OSU Foundation also will seek additional public, private sector and philanthropic support for equipment, faculty support and research programs within the complex. This will include funding to support targeted faculty hires and the university’s goals to increase diversity in STEM fields.

The complex will build on OSU’s distinction in engineering and computer science, said Scott Ashford, dean of OSU’s College of Engineering.

“The Jen-Hsun and Lori Huang Collaborative Innovation Complex and supercomputer will help OSU be recognized as one of the world’s leading universities for artificial intelligence and robotics,” Ashford said.

The complex will include laboratories for materials scientists, environmental researchers and others throughout the university, as well as an extended-reality theater, robotics and drone playground and a do-it-yourself maker space.

“It will transform not only the College of Engineering, but the entire university, and have an economic and environmental impact on the state of Oregon and the nation,” Ashford said.

He said environmental and electronics researchers working in the complex may design sensors for use at sea or in forests to monitor hard-to-track endangered species and then use AI to analyze data gathered. As well, OSU faculty, along with collaborators from other universities, business and state and federal agencies, will pursue techniques in the center’s clean room for making leading-edge computer chips. Robotics researchers and students will be able to use theater-aided simulations of drones and robots operating within real-world settings.

“It’s no secret that advanced computer chips are the linchpin of the 21st century economy,” Wyden said. “This state-of-the-art facility provides opportunity for Oregon State faculty and students to make generation-defining discoveries to push our tech industry forward. I am very excited for Oregon State to open this incredible facility and bring together the best and brightest to provide interdisciplinary solutions to complicated problems.”

“Our state has benefited greatly from having a world-class research university like Oregon State University to allow us to develop further technological innovations and grow our high-tech workforce,” Brown said. “The collaborative innovation complex will further enable OSU’s world-class researchers and facilities to address some of Oregon’s most pressing issues, including semiconductor research and development, climate change and public health.”

“Lori and Jen-Hsun are exceptional Oregon State alumni and truly visionary philanthropists,” said Scoville. “They bring so much to the table. Every project they are involved in is improved because of their input, and OSU is the great beneficiary of their experience and active engagement. It is a joy and an honor to work with them.”

The Huangs’ gift was announced tonight as the OSU Foundation launched the university’s second university-wide fundraising and engagement campaign.

The university has received four gifts of $25 million or more for the campaign to date. In 2021, the OSU Foundation announced an anonymous $50 million gift supporting the completion of Reser Stadium. In 2018, the university received its first $50 million gift, a contribution from alumnus Gary Carlson to name the Gary R. Carlson College of Veterinary Medicine.

At tonight’s event, the university announced that OSU alumna Pat Reser gave the $25 million lead gift in 2017 for the Arts and Education Complex that is now under construction on OSU’s Corvallis campus. The announcement shared that the arts complex will be named the Patricia Valian Reser Center for the Creative Arts.

More about Jen-Hsun and Lori Huang:

Jensen Huang founded NVIDIA in 1993 and has served since its inception as chief executive officer, president, and a member of the board of directors.

Starting out in PC graphics, NVIDIA helped build the gaming market into the world’s largest entertainment industry. The company’s invention of the GPU in 1999 made possible real-time programmable shading, which defines modern computer graphics, and later revolutionized parallel computing. More recently, GPU deep learning ignited modern AI — the next era of computing — with the GPU acting as the brain of computers, robots and self-driving cars that can perceive and understand the world.

Huang is a recipient of the Semiconductor Industry Association’s highest honor, the Robert N. Noyce Award; IEEE Founder’s Medal; the Dr. Morris Chang Exemplary Leadership Award; and honorary doctorate degrees from Taiwan’s National Chiao Tung University, National Taiwan University, and Oregon State University. He was included in TIME magazine’s 2021 list of the world’s 100 most influential people. In 2019, Harvard Business Review ranked him No. 1 on its list of the world’s 100 best-performing CEOs over the lifetime of their tenure. In 2017, he was named Fortune’s Businessperson of the Year.

Prior to founding NVIDIA, Huang worked at LSI Logic and Advanced Micro Devices. He holds a BSEE degree from Oregon State University and an MSEE degree from Stanford University. Huang has said the highlight of his time at OSU was meeting Lori, when they were paired as lab partners in an electrical fundamentals class. “That was the most important, single event of OSU, and of my life,” he said.

Lori Huang is the president of the Jen-Hsun and Lori Huang Foundation, supporting higher education, public health, and STEM initiatives across the U.S., alongside local community organizations in the San Francisco Bay Area.

The Huang Foundation previously gave $5 million to build a laboratory for cancer research at Oregon State University, and $30 million for the Jen-Hsun Huang Engineering Center at Stanford University. The Huangs joined Melinda Gates in supporting AI4ALL, a national nonprofit working to increase diversity and inclusion in AI. They have also made major educational grants to Johns Hopkins University and City Year San Jose.

Lori graduated from Oregon State University in 1985 with a BSEE. The Huangs have two children. 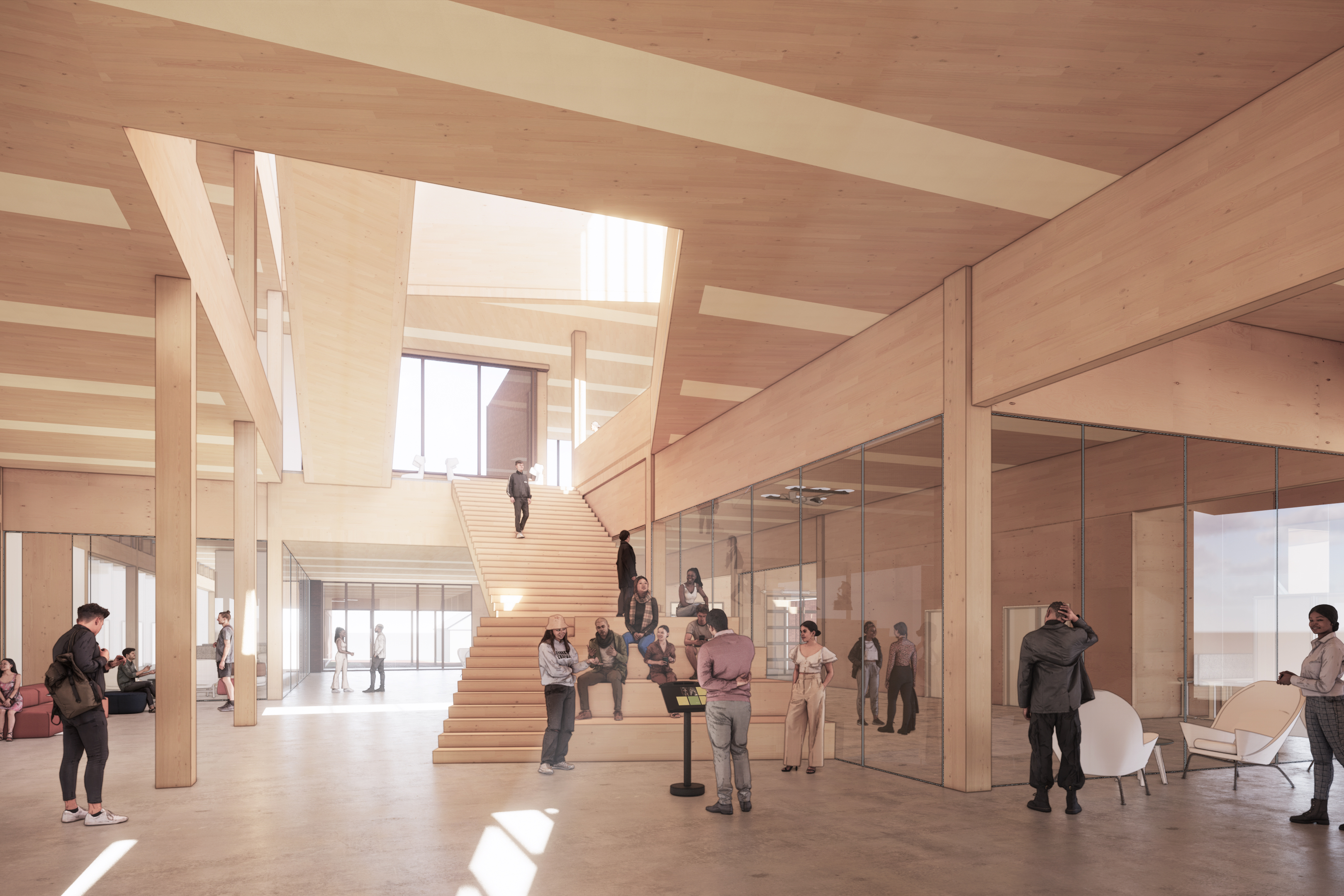 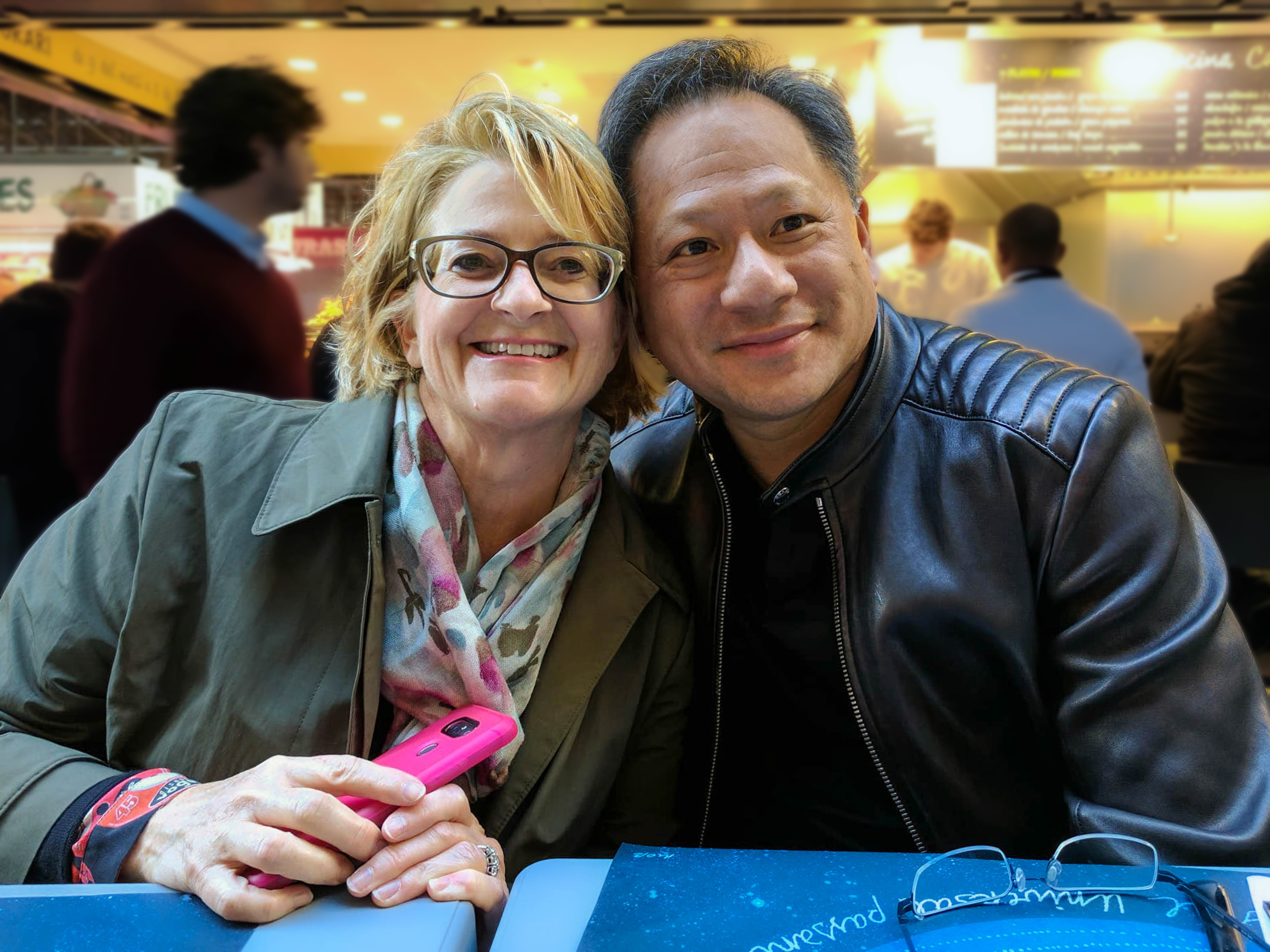 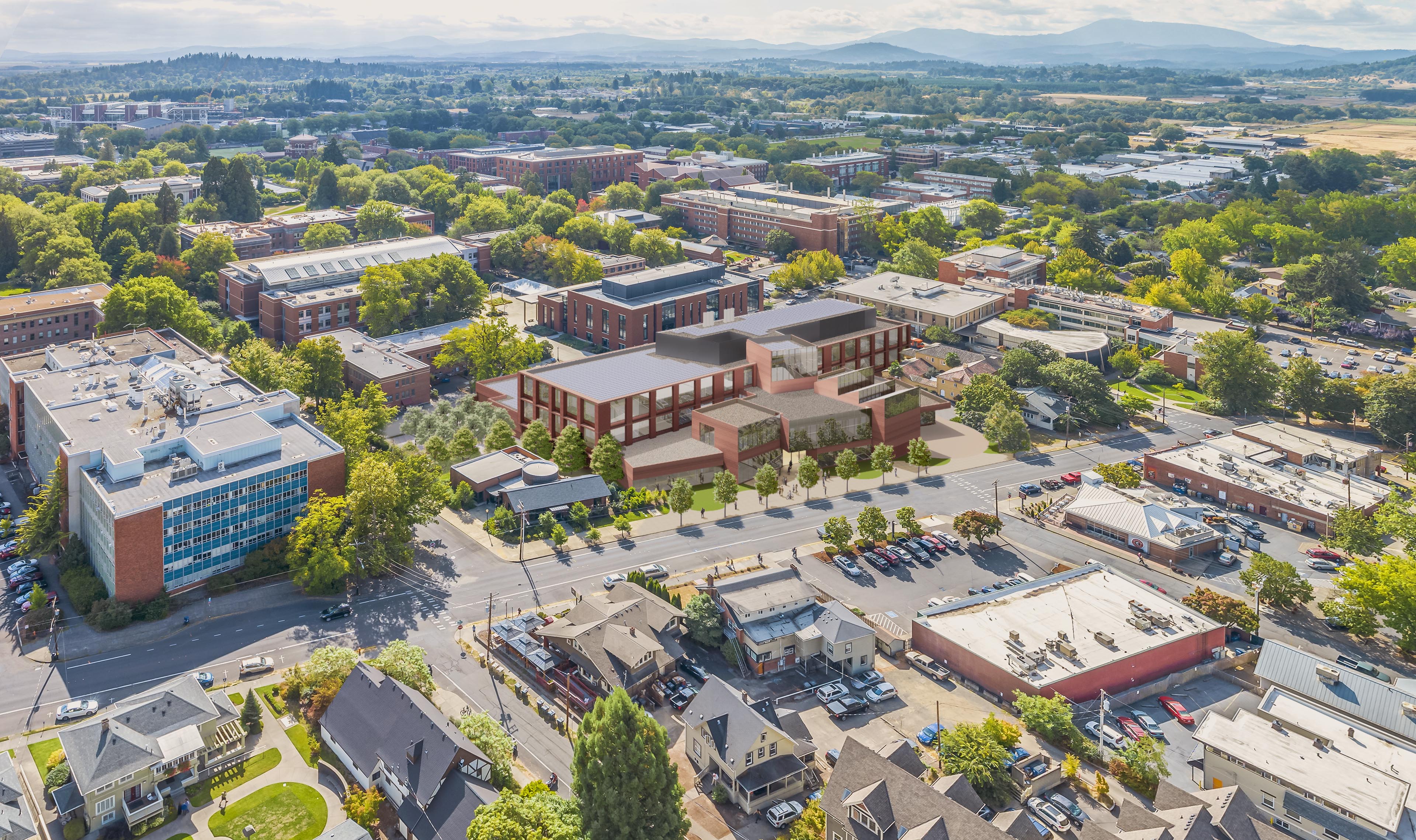