CORVALLIS, Ore. – The health-enhancing performance of a compound found in hops is dependent upon its interactions with intestinal microorganisms, new research by Oregon State University shows.

Understanding how xanthohumol, often abbreviated as XN, works is important for unlocking its potential to counter diet-induced obesity and the health risks associated with a global obesity epidemic, including type 2 diabetes and liver and heart disease, researcher Adrian Gombart says.

“We showed that the gut microbiota are necessary for the beneficial effects of XN on glucose metabolism,” said Gombart, professor of biochemistry and biophysics in the OSU College of Science and a principal investigator at the university’s Linus Pauling Institute. “There is an important interaction between the compound and the microbes in the gut that provides the benefits we see in our studies with mice.”

Gombart led a team of 20 scientists from three Oregon State colleges in research that compared the glucose metabolism effects of xanthohumol on two sets of mice: “conventional” ones with gut microbiota, and those engineered to be “germ free,” i.e. have no gut microbes.

Glucose metabolism, the body’s ability to convert the sugar into fuel, generally suffers impairment as someone becomes obese, which in turn can lead to the person becoming more overweight. Faulty glucose metabolism also negatively affects brain physiology and is at the root of multiple medical conditions including diabetes and heart disease.

In previous studies involving mice, Gombart and colleagues found that XN improved the animals’ health and changed the composition of their microbiome, the latter leading them to suspect that the mix of microbes played a role in XN’s healthful effects.

“In this study, we fed mice either a diet low in calories, high in calories, or high in calories but supplemented with XN for 10 weeks,” he said. “We found that only the conventional mice with XN supplementation showed improved glucose metabolism and that XN increased the relative abundance of three bacteria, Akkermansia muciniphila, Parabacteroides goldsteinii and Alistipes finegoldii.”

Gombart added that the study yielded some evidence that those three microbes are at least partially responsible for the health benefits associated with XN, but the entire microbial community may be playing a role as well.

“We can’t rule that out,” he said. “We know that XN needs the intestinal microbiota to deliver its benefits, and there are complex diet-host-microbiota interactions that bring changes in both microbial composition and functional capacity. Diet is recognized as a major force in shaping gut microbe composition, and future studies will look for insights into the various interactions at play.”

Earlier mouse model studies by co-author Fred Stevens, professor of pharmaceutical sciences in the OSU College of Pharmacy and also a principal investigator at the Linus Pauling Institute , have shown that XN, a polyphenol found in hops’ cones, has a number of anti-obesity properties. It improves cognitive function and it suppresses weight gain associated with a high-fat diet, fat accumulation in adipose tissue and insulin resistance.

Insulin resistance is when cells don’t respond well to the hormone that allows for the uptake of glucose from the bloodstream. It causes the pancreas to make more and more insulin to keep blood glucose levels within a non-harmful range and is a risk factor for non-alcoholic fatty liver disease.

The National Institutes of Health funded this research, and findings were published in Molecular Nutrition and Food Research. Additional support came from OSU’s Department of Biochemistry and Biophysics, the Linus Pauling Institute and the OSU Foundation Buhler-Wang Research Fund. 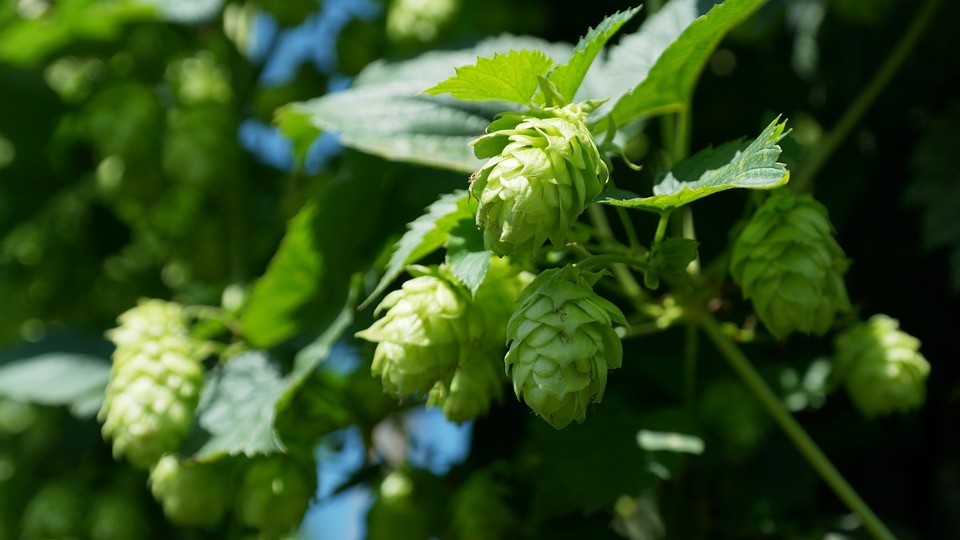