Griggs died in his home in Corvallis on Sept. 13 at the age of 76. A memorial service will be held at a future date.

Griggs, a Ph.D., was one of the first people President Emeritus Ed Ray met with when he started at OSU. Ray said he was immediately touched by Griggs’ dedication to student success through his work in the Educational Opportunities Program, and the affection and respect EOP graduates had for him in return.

“Larry continued to be of great help in advancing the success of underrepresented students attending the university through his work with EOP, and his advice to me while he served on the university’s Board of Visitors,” Ray said. “His was a good heart, and he will be missed dearly by everyone who had the good fortune to know him.”

OSU Vice President and Chief Diversity Office Charlene Alexander said Griggs set a “firm foundation” as the leader of the Educational Opportunities Program, a position he held for more than 20 years.

“His hard work and contributions allow us today to expand opportunities to underrepresented and underserved students across Oregon and beyond,” she said.

Griggs was born in 1944 and grew up in Mississippi and Alabama before moving to the state of Washington for high school. He went to Pacific Lutheran University in Tacoma for his undergraduate degree, working at the railroad and the state mental hospital to pay his way, and then came to OSU in 1972 to pursue his doctorate in College Student Services Administration.

He started in the university’s Educational Opportunities Program to fulfill the assistantship portion of his degree, then was hired by the office in 1974 as director of recruitment and financial aid. He became director in 1986 and remained in that position until his retirement in 2008.

The office had only been created a few years prior to Griggs’ arrival. He focused on supporting five groups: poor students of color, older students, students from rural areas, students who struggled in high school, and students who were single parents.

He fought to ensure that OSU faculty understood that these students’ needs were often the same as those of other students, but they needed to be met in a different way. As part of these efforts, Griggs pushed to establish development courses in mathematics to help underprepared students. He also started the BEST Summer Bridge program to help first-year student-athletes acclimate to the Corvallis campus.

Those who worked with Griggs remember his booming laugh, his unwavering confidence in his students’ and employees’ abilities, and his compassion for others.

“He was always looking out for students, always looking for those systems and processes and people that kept the students from being able to really learn and really show what they could do,” said Janet Nishihara, who started working with Griggs in 1981 and is now the director of the EOP. “He had the biggest heart and personality of anyone I’ve ever known.”

Griggs went to “all ends” to assist students, faculty, staff and community members, said Marilyn Stewart, who worked with Griggs as an office coordinator and academic counselor before becoming associate head adviser in the College of Liberal Arts. Griggs encouraged her to pursue her master’s degree

“Larry would move a mountain for a student or for anyone that he could help,” Stewart said.

Beyond his work supporting students, Griggs served on OSU’s Faculty Senate Executive Committee, helped start OSU’s Association of Faculty & Staff for the Advancement of People of Color, and created diversity trainings for University Housing and Dining Services and for local police, among many other groups. He also spent years volunteering with incarcerated youth in Oregon.

Many staff and faculty members say Griggs became like a family member to them over the years, as he cared as much about their personal lives as he did their professional achievements.

OSU Director of Community Diversity Relations Allison Davis-White Eyes worked with Griggs for 20 years. His acts of human kindness set him apart from other administrators, she said. He encouraged her son to attend OSU and later to become an assistant professor, and also drove Davis-White Eyes to Eugene to join her in visits to her dying father.

“Dr. Griggs is the father of so many children — we are all his children — his greatest accomplishment was to believe in us, even when we made mistakes,” she said.

For Nishihara, his biggest contribution may have been the example he set by focusing simultaneously on helping students and working to change the structure of OSU at many levels.

“That’s hard to do. Most people focus on students or focus on structures and systems,” Nishihara said. “Larry was able to, effortlessly, it seemed, keep working on both.”

With the current discussions about addressing systemic racism within the university, Griggs would have been “right in the middle of it,” Stewart said.

“He would have been a positive light in guiding the discussions and making sure that the administration had an additional voice there, so that we could bring students to the table and have a fuller discussion,” she said.

Griggs’ focus extended far beyond OSU. He kept track of hundreds of students he worked with over the years, celebrating their accomplishments when they wrote to inform him of advanced degrees, new jobs and other successes.

At EOP’s new student retreat every fall, which included many first-generation college students, Griggs delivered the welcome address and always ended it the same way, according to Urmila Mali, whom Griggs hired as a graduate teaching assistant in 1994 and is now associate director of instruction in EOP.

He would tell the students that during their first term, there may come a time when they wanted to give up and go home.

“He always said, ‘Promise me one thing, that you will give me one term,’” Mali remembers. “You can tell in the audience, everyone’s quiet and they’re thinking. The power that those words had for those students, to hear that —  then a lot of these students went ahead and not only gave him one term; they gave him four years, they went on to their master’s, Ph.D. and professional careers.”

Griggs credited his own self-confidence to the community in which he was raised. Growing up in the South in the 1940s and 50s, his community was segregated from the white population, but it also offered protection and a wealth of Black role models.

“What was established was a confidence that you could achieve anything you wanted to achieve regardless of the situation,” Griggs said in a 2011 interview recorded by OSU’s Special Collections and Archives Research Center. “That was something many African American students today in academics don't experience. To have a person that looks like you saying you can be successful. That is the biggest thing.”

Griggs is survived by his three children and one grandson. To leave a message of remembrance or condolences for his family, visit the McHenry Funeral Home site. In lieu of flowers, Griggs’ family has requested that people contribute to the Lawrence F. Griggs EOP Scholarship Endowment Fund. 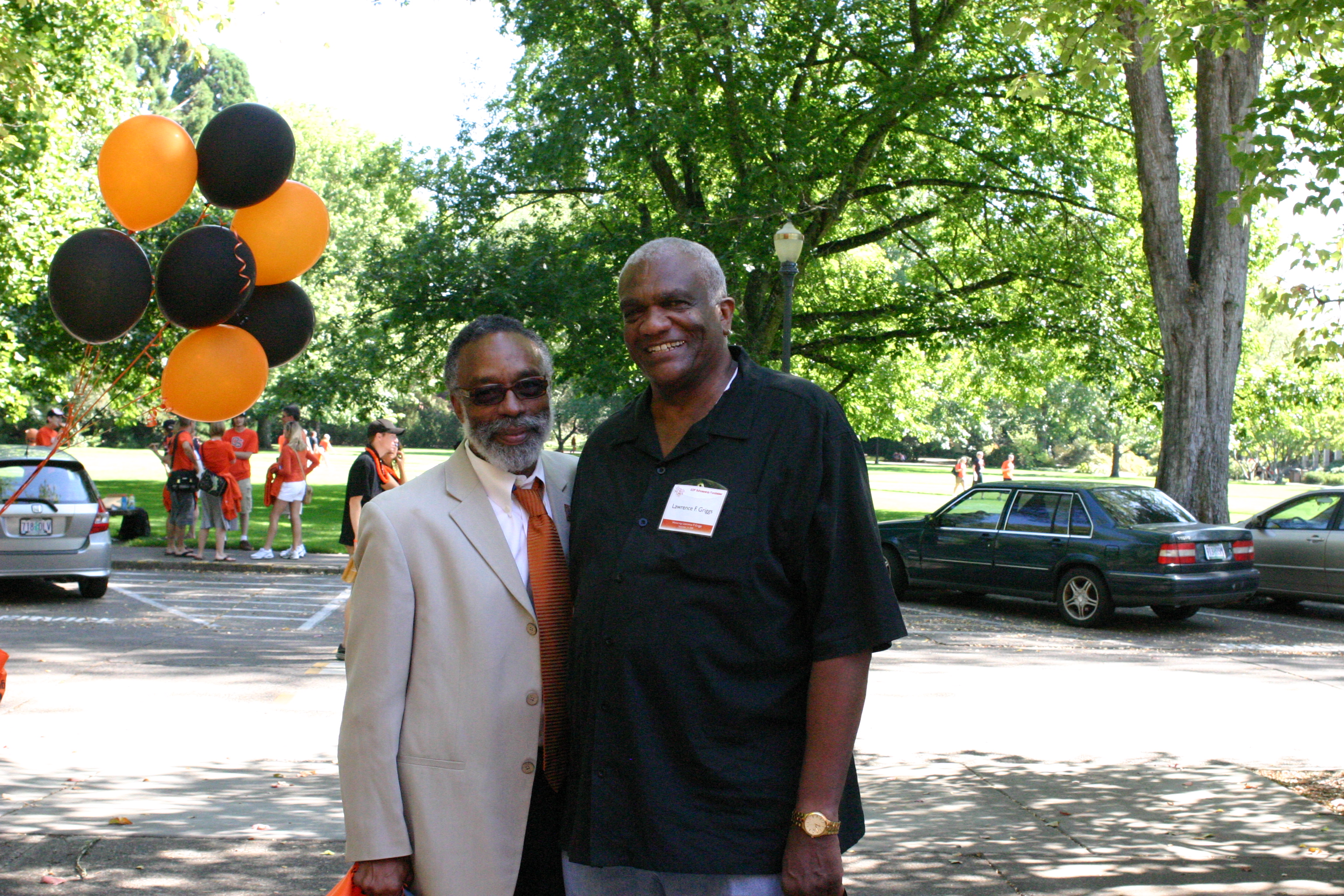 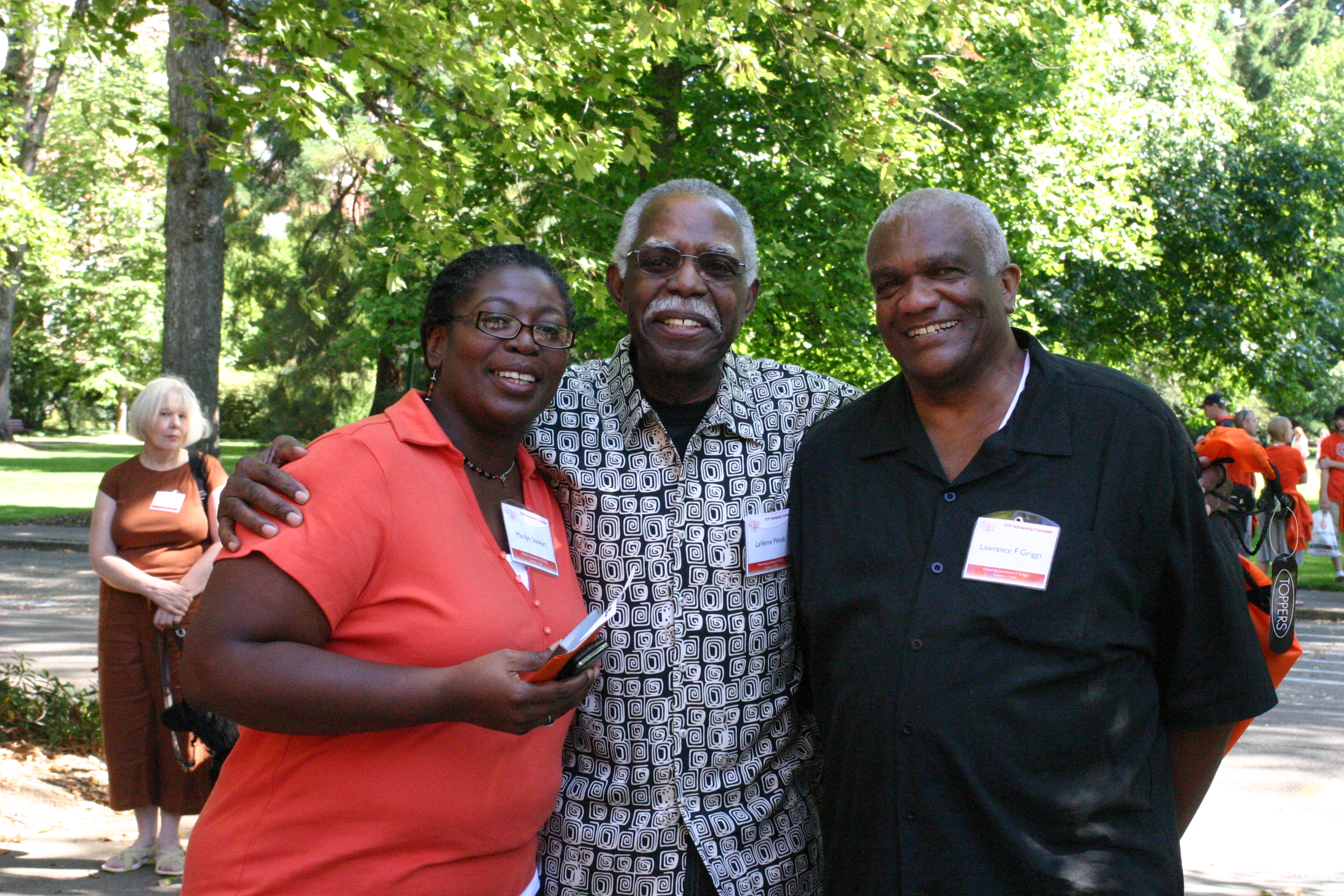 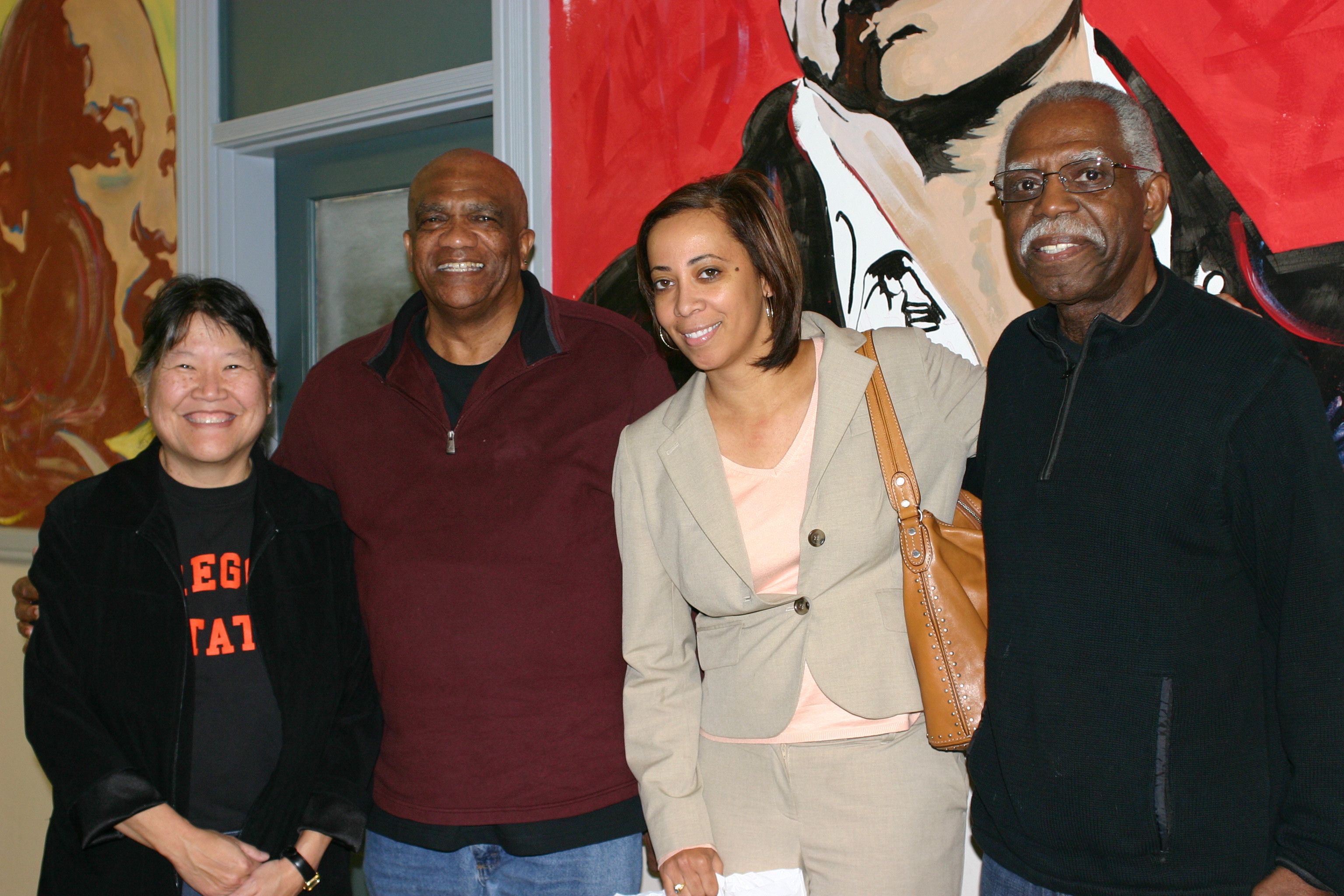