With only a one-time application, the probiotics also boosted larval growth, metamorphosis and settlement, meaning that in addition to more oysters surviving past the larvae stage, they also fared better at transitioning to juveniles and anchoring to shells and other surfaces.

The findings could be a major boon to oyster farms where pathogens can kill off a whole season’s worth of larvae, costing hundreds of thousands of dollars at a time.

“The results definitely exceeded our expectations,” said Carla Schubiger, project leader and co-author on the study and an assistant professor in OSU’s Carlson College of Veterinary Medicine. “Just a 40-50% improvement in larvae survival would be huge, but here we have over 80% increased survival at times. That’s very, very significant for the industry. Antibiotics are not allowed in hatcheries so this will be the first tool they can actually use to increase their production.”

Shellfish are big business in Oregon, and oyster sales account for close to $5 million annually, according to a 2010 report from the Pacific Coast Shellfish Growers Association.

In oysters as in humans, the organism’s overall function depends on help from good bacteria living within the host’s gastrointestinal tract. The goal of the study was to pinpoint which types of these beneficial bacteria were best at fighting off pathogenic bacteria that can kill oyster larvae.

The Vibrio coralliilyticus bacteria, in particular, is common in marine aquaculture and extremely pathogenic, so oyster farms need a cost-effective way to defend against it, the researchers said.

OSU researchers grew several strains of naturally occurring bacteria and screened them for their ability to fend of V. coralliilyticus under laboratory conditions. They then selected the strains that performed best against the pathogenic bacteria.

The team grew larvae in water conditions comparable to those used by oyster farms. When the larvae were 24 hours old, they were treated with the different strains of cultivated probiotics, first individually and then in combinations of the most promising strains. At 48 hours old, the larvae were exposed to V. coralliilyticus.

The results were striking. Compared with the untreated control group, four of the individual probiotic strains resulted in an average increased survival rate of 68% or better, including one strain that increased survival by 99.7%.

Researchers then treated larvae with combinations of the most promising individual strains. Different two- and three-strain combinations increased larval survival rates by up to 86%.

Fourteen to 16 days later, the probiotics appeared to still have an effect, with treated larvae displaying significantly higher rates of natural settlement and metamorphosis into adolescent oyster spat, along with significantly larger shells than the untreated larvae produced.

The exact mechanism that aided the oysters is unknown, but the improved growth and settlement rates were an unexpected perk on top of the improved survival rates, Schubiger said.

“It’s possible that we influenced something very early in their development, like the immune response, to make them do better later in life,” she said.

Their next steps will be to test a combination with a fourth probiotic and to work on growing the probiotic bacteria alongside the microalgae that serves as oyster larvae’s initial food source, so the treatment could be integrated into their spawning process from the very beginning, Schubiger said. 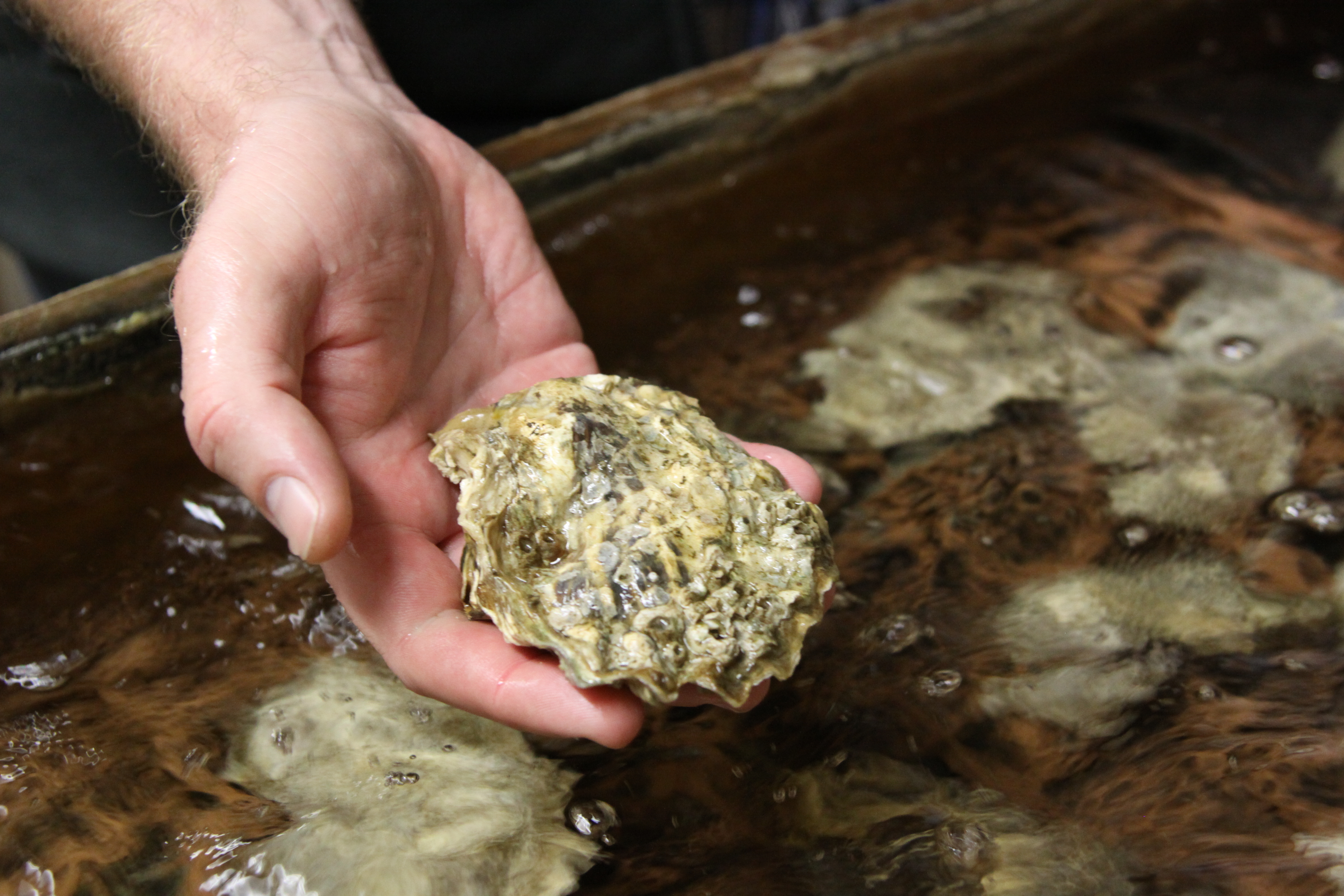