Researchers examining records of both whale migration and oceanic conditions in the California Current Ecosystem found that blue whales almost perfectly match the timing of their migration to the historical average timing of krill production, rather than matching the waves of krill availability in any given year.

The findings suggest that blue whales locate prey by relying on memory to return to stable, high-quality foraging sites, which historically have served them well but could make it difficult for the whales to adapt if novel ecosystem changes emerge as a result of climate change.

Results of the study are being published this week in Proceedings of the National Academy of Sciences.

The concept of tracking the timing of food availability along migration routes is not unusual for land animals, but it has been more difficult to identify in marine creatures, according to Briana Abrahms, a research ecologist with the NOAA Southwest Fisheries Science Center in Monterey, Calif., and lead author on the study.

“We know that many species that migrate on land, from caribou in the Arctic to wildebeests in the Serengeti, enhance their survival by carefully adjusting the pace and timing of their migrations to find food as it becomes seasonally available along the way, rather than just migrating to get from point A to point B,” Abrahms said.

Blue whales seem to embrace that same strategy, which is enhanced by their memory, she noted. “These long-lived, highly intelligent animals are making movement decisions based on their expectations of where and when food will be available during their migrations,” Abrahms said.

Sue Moore, an affiliate professor at the University of Washington Center for Ecosystem Sentinels, who was not involved in the study, said “this novel study is particularly noteworthy in that if focuses on the phenology, or timing of migration in a large marine predator.”

The study also raises the question of what will happen to the population if changing climate conditions cause food availability to deviate strongly from the whales’ expectations.

The interdisciplinary research team used 10 years of tagging data from the Marine Mammal Institute at Oregon State University to determine daily blue whale movements of 60 individual whales in the California Current Ecosystem, and then compared that with satellite-based measurements of ocean productivity.

“We think that blue whales have evolved to use historical migration routes and timing that put them in proximity to the most predictably high production feeding areas and then make minor adjustments based on local conditions,” said Daniel Palacios, a principal investigator with Oregon State’s Marine Mammal Institute and a co-author on the study.

“There are various time scales of events that could change the timing of phytoplankton blooms – and thus the availability of the whales’ preferred prey, krill,” he noted, “including La Nina and El Nino events and the Pacific Decadal Oscillation. But the whales’ strategy of relying on memory and historic timing at least gets them into ‘the Goldilocks zone.’”

Blue whales can grow to the length of a basketball court, weigh as much as 25 large elephants, and their mouths can hold 100 people, though their diet is primarily krill - tiny shrimp-like creatures less than two inches in length.

The blue whale is thought to be the largest creature to ever inhabit the Earth, yet little was known about their range or where they went to breed until Oregon State's Bruce Mate led a series of tracking studies featured in the popular 2009 National Geographic documentary, "Kingdom of the Blue Whale."

“There is still a lot we don’t know about blue whales, but it is apparent that they have strong fidelity to certain sites along the West Coast of the United States, which they use year after year,” said Mate, who directs OSU’s Marine Mammal Institute.

An estimated 2,500 of the world's 10,000 blue whales spend time in the waters off the West Coast of the Americas and are known as the eastern North Pacific population. The whales can travel from the Gulf of Alaska to an area near the equator known as the Costa Rica Dome. The majority of the population spends the summer and fall in the waters off the U.S. West Coast, with the tagged whales most heavily using areas off Santa Barbara and San Francisco, California, which puts them in routine peril from ship strikes.

“We still have a lot to learn about how large animals navigate in the ocean, how they find good habitat and how they are affected by human activities and environmental changes,” said NOAA’s Abrahms.

Understanding how blue whales make movement decisions give scientists insight into how they may, or may not, be able to cope with changing ocean conditions in the future, she added. 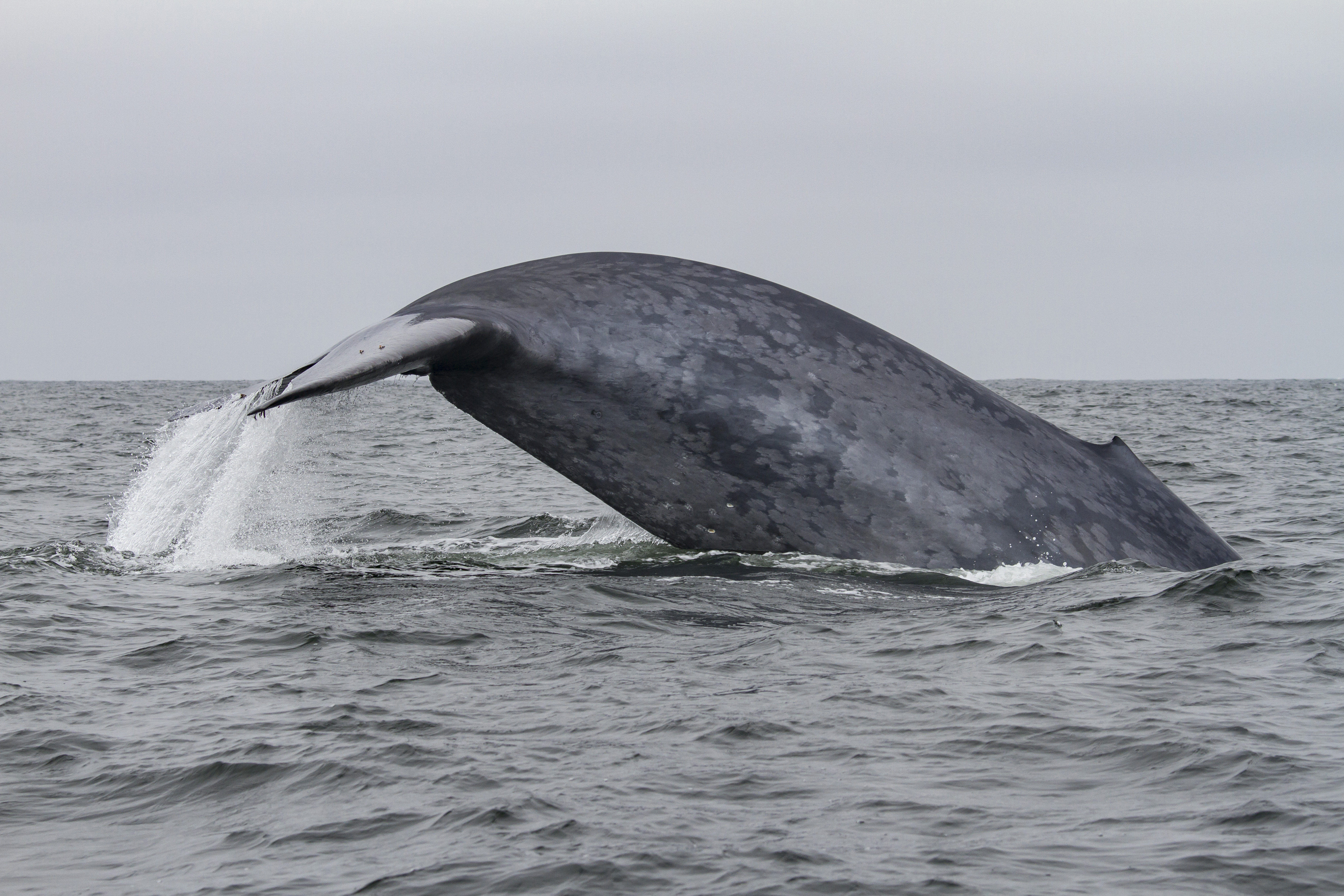 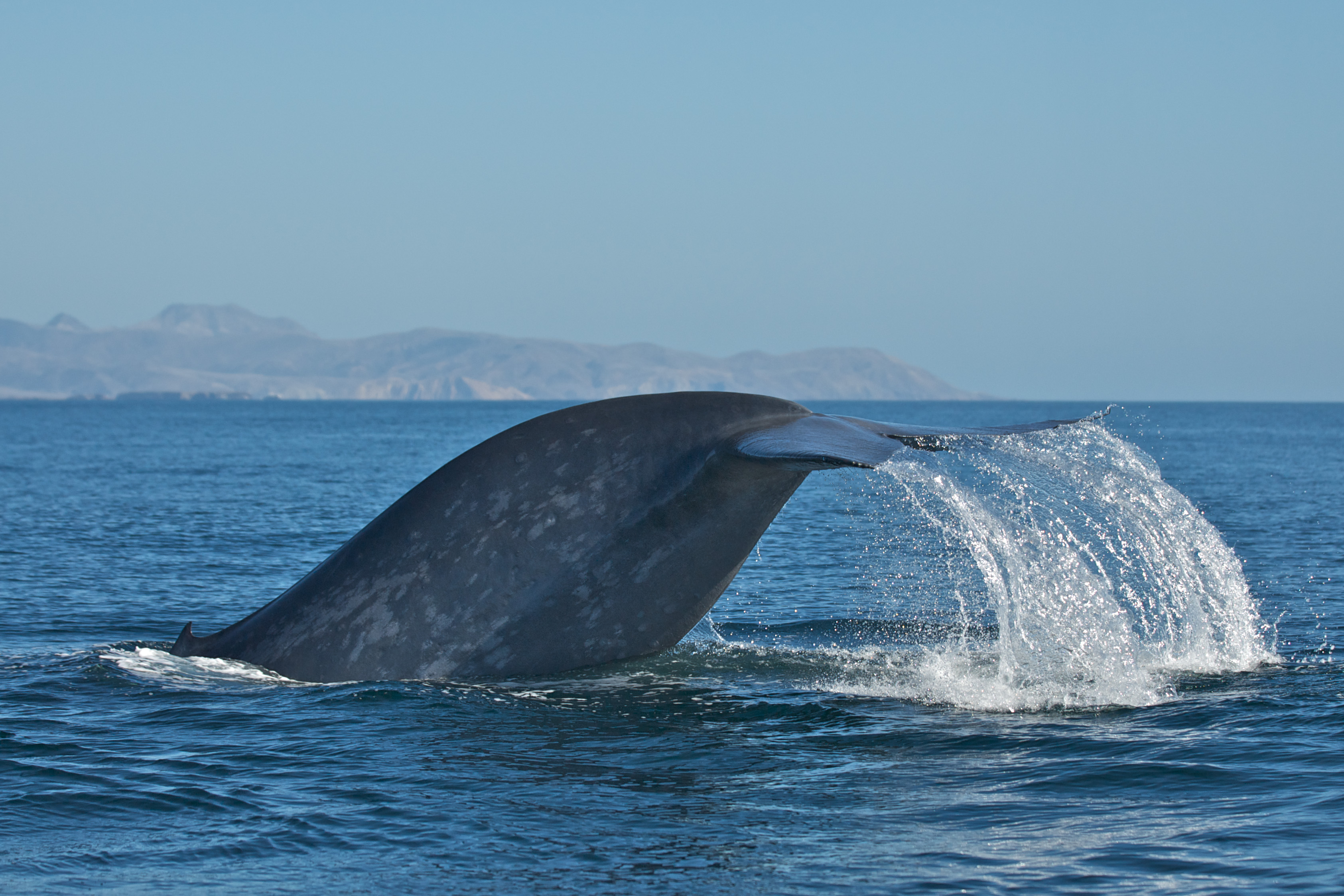