CORVALLIS, Ore. – In the American Southwest, native desert bighorn sheep populations found in landscapes with minimal human disturbance, including several national parks, are less likely to be vulnerable to climate change, according to a new study led by Oregon State University.

The study, published today in the journal Frontiers in Ecology and Evolution, is one of the largest genetic studies conducted on desert bighorn sheep. The researchers used genetic information from more than 1,600 individuals in 62 populations in and around 10 National Park Service units in four states – Arizona, California, Nevada and Utah. Park service units include parks as well as other administrative units, such as reserves and recreation areas.

The researchers found that the least vulnerable bighorn populations are primarily in and around Death Valley National Park and Grand Canyon National Park. The results suggest that protecting these landscapes should be a priority for native bighorn conservation, said lead author Tyler Creech, an OSU graduate now at the Center for Large Landscape Conservation in Bozeman, Montana.

Meanwhile, the researchers determined that the populations with the highest overall vulnerability are primarily located outside of national park units in the southern Mojave Desert and in southeastern Utah.

In the study, the researchers analyzed the genetic structure and diversity of bighorn sheep populations and how connected they are to other populations, both genetically and geographically, and used that information to infer their vulnerability to a changing climate.

“Genetic diversity allows populations to adapt to new environments,” said study co-author Clint Epps, a wildlife biologist and associate professor in the Department of Fisheries and Wildlife in OSU’s College of Agricultural Sciences. “This study highlights the important role our national park units can play in keeping these populations up as the climate changes.”

The researchers primarily used fecal pellet samples to obtain DNA from up to 85 individual bighorn in each population, and combined genetic datasets from multiple projects covering different portions of the study area, dating back to 2000. After the samples were processed and genotyped, they grouped the individuals into populations based on the locations where they were sampled, then quantified the isolation and genetics of each population.

They also considered how exposure to harsher climatic conditions within bighorn sheep habitat “patches” could influence populations’ vulnerability. Desert bighorn sheep live in some of the hottest and driest landscapes in the U.S., and climate modeling shows those areas could get hotter and drier.

To assess climate change exposure, they used an index known as “forward climate velocity,” which indicates the speed at which species must migrate to maintain constant climate conditions. They considered two greenhouse gas emissions scenarios for the 2050s developed by the Intergovernmental Panel on Climate Change, one that models moderate emissions and the other that models high emissions.

“We believe this approach was suitable for assessing relative exposure of desert bighorn populations across a large geographic range because although temperature and precipitation are known to influence fitness of desert bighorn sheep, the specific climatic conditions to which bighorn are most sensitive are not fully understood and may vary geographically,” Creech said. 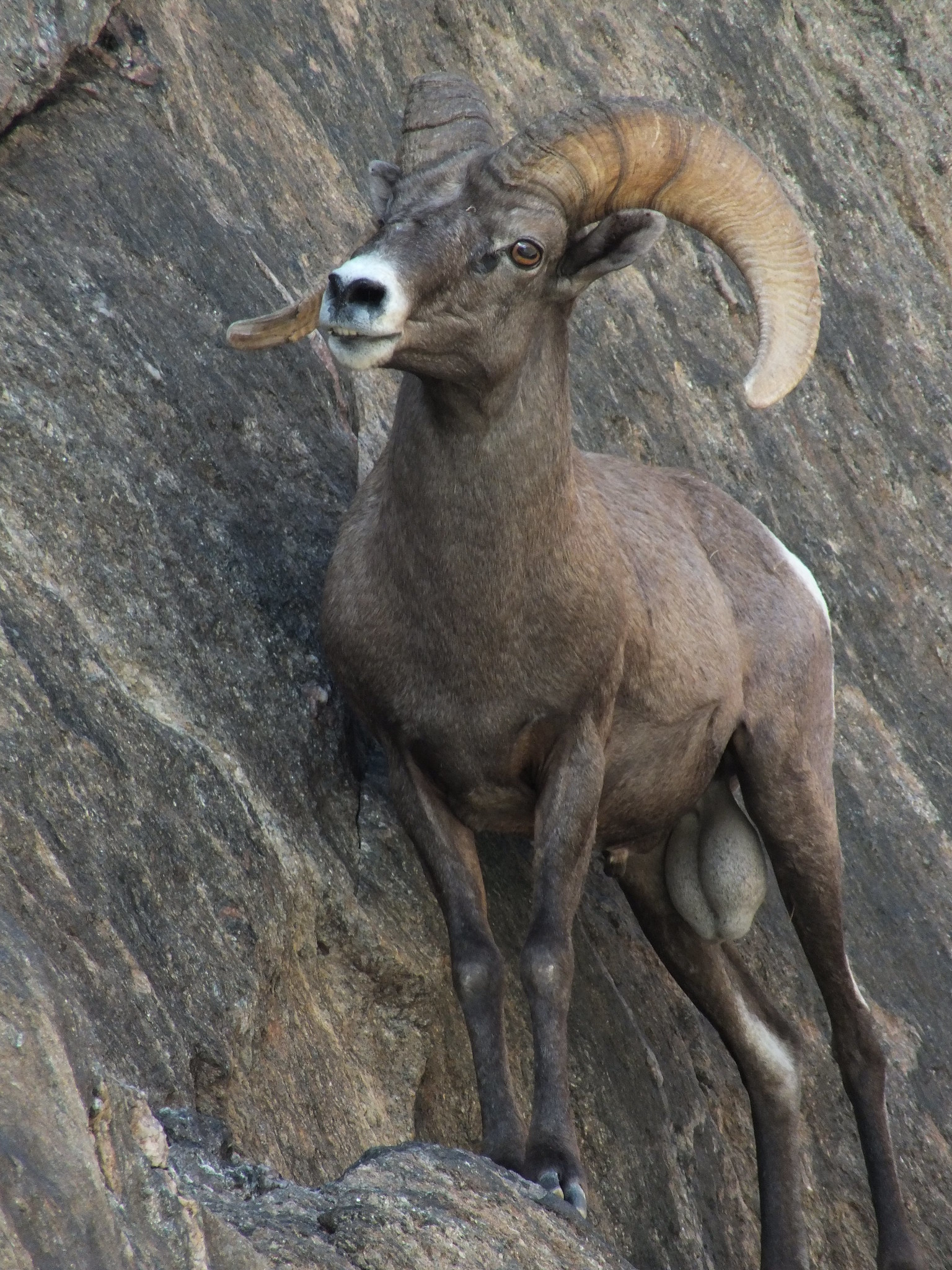 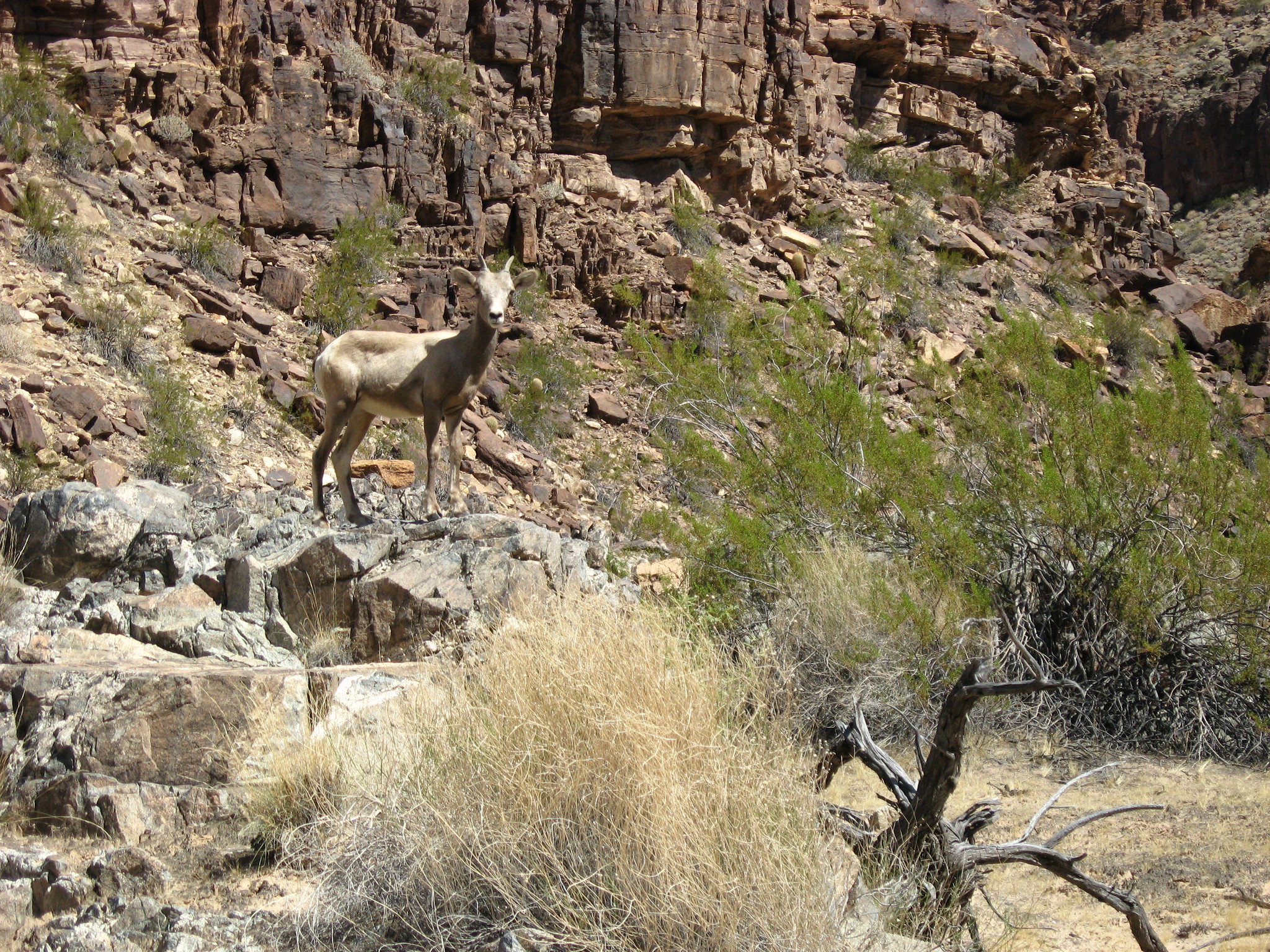