That’s important because changing wildfire regimes are affecting forests around the globe, the scientists note, and areas that burn over and over in relatively quick succession may not be able to recover between fires.

“Fire refugia” – areas that burn less frequently and/or less severely than the landscape around them – are crucial for supporting post-blaze ecosystem recovery, including the persistence of species under pressure.

Findings of the study, led by faculty research assistant Will Downing, were published in Global Change Biology.

“Observed and projected forest losses from wildfire tell us that we need to understand where and why refugia persists through multiple fire events,” said OSU ecologist Meg Krawchuk, who oversees the College of Forestry’s Landscape Fire and Conservation Science lab group. “And we really need to understand fire refugia in the Klamath-Siskiyou ecoregion of southwest Oregon and northwest California. That area holds some of the most diverse collections of conifers in western North America, and expected increases in fire activity, along with a warming climate, could result in the loss of more than 30% of the region’s conifer forests.”

The analysis focused on mature, conifer-dominated forests and looked at the key factors behind fire refugia occurrence and persistence through a series of three fire events over 32 years.

“The models suggest hotter-than-average fire weather is associated with lower refugia probability and higher fire severity,” Krawchuk said. “Refugia that persisted through three fire events appeared to benefit from topographic variability – a mix of rocky outcrops and landscape depressions, for example – which means the variability may be an important stabilizing factor as forests experience successive fires.”

In addition, the models show that smoke density strongly influences fire effects – refugia are more likely to occur when smoke is moderate or dense in the morning, a connection the scientists attribute to the shade smoke provides.

“Our hope is that this study can inform management strategies designed to protect fire-resistant portions of biologically and topographically diverse landscapes,” Krawchuk said.

Fire refugia are part of a larger category of hardy areas known as disturbance refugia, and comparatively little is known about why certain refugia are able to hang tough as they pass through successive “fire filters,” she said.

“Refugia can be transient and survive a single fire because of random weather or fire behavior conditions, or there can be persistent refugia that don’t change very much in the face of multiple fire events,” Downing said.

The Klamath-Siskiyou ecoregion is ideal for studying refugia occurrence and persistence because it’s a “biodiversity hotspot” in which fire has been a key ecological component for thousands of years.

“Fire there has contributed to the maintenance of patchy, heterogeneous landscapes of conifer and hardwood forests, shrublands and grasslands,” Downing said. “But a hotter and drier climate and a lack of surviving post-fire seed sources eat away at the ability of conifer forests to recover after a high-severity fire. Climate change is expected to increase fire frequency in the region, and repeat burning is projected to convert about a third of the conifer forest to shrublands or hardwood forest by the end of the 21st century.”

In some cases, that conversion will be a good thing ecologically, she said – such as where fire suppression has led to a decline in early seral communities, those that spring up after a stand-replacing event and before a new forest takes hold. In others, carbon storage and biodiversity, as well as timber supply, will be vulnerable from widespread conifer forest loss.

“Figuring out which areas are most likely to persist as forest through wildfire requires using landscape-scale assessments of the factors behind fire behavior and severity: topography, fuels and weather,” Krawchuk said. “Refugia are ecologically important parts of fire severity mosaics, and it appears that the more times a landscape burns, the more important terrain features are for refugia persistence.” 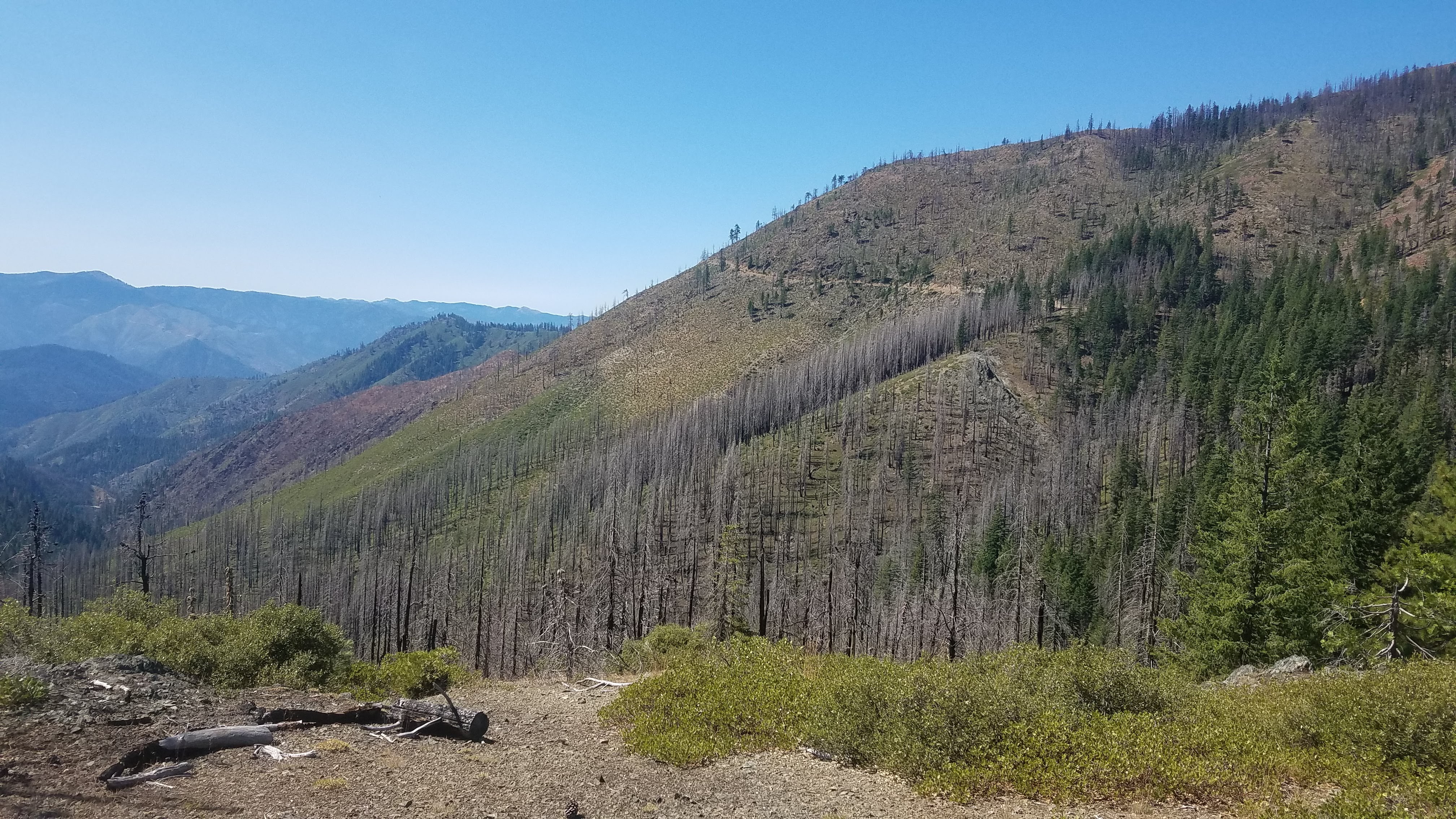