CORVALLIS, Ore. – The lives of honeybees are shortened – with evidence of physiological stress – when they are exposed to the suggested application rates of two commercially available and widely used pesticides, according to new Oregon State University research.

In a study published in the journal PLOS ONE, honeybee researchers in OSU’s College of Agricultural Sciences found detrimental effects in bees exposed to Transform and Sivanto, which are both registered for use in the United States and were developed to be more compatible with bee health.

The western honeybee is the major pollinator of fruit, nut, vegetable and seed crops that depend on bee pollination for high quality and yield.

Coupled with other stressors such as varroa mites, viruses and poor nutrition, effects from these pesticides can render honeybees incapable of performing their tasks smoothly. Beekeepers and some environmental groups have raised concerns in recent years about these insecticides and potential negative effects on bees.

In the case of Transform, the bees’ lives were severely shortened. A majority of the honeybees exposed to Transform died within six hours of being exposed, confirming the severe toxicity of the pesticide to bees when exposed directly to field application rates recommended on the label, the researchers said.

Study lead author Priyadarshini Chakrabarti Basu, a postdoctoral research associate in the Honey Bee Lab in OSU’s College of Agricultural Sciences, emphasized that the researchers aren’t calling for Sivanto or Transform to be taken off the market.

“We are suggesting that more information be put on the labels of these products, and that more studies need to be conducted to understand sublethal effects of chronic exposure,” Basu said.

Sivanto and Transform are used on crops to kill aphids, leaf hoppers and whiteflies, among other pests. Many of these same crops attract bees for pollination. There are some restrictions on their use. For example, Transform can’t be applied to crops in bloom, for example.

“The average life span of a worker honeybee is five to six weeks in spring and summer, so if you are reducing its life span by five to 10 days, that’s a huge problem,” Sagili said. “Reduced longevity resulting from oxidative stress could negatively affect colony population and ultimately compromise colony fitness.”

For the study, the researchers conducted two contact exposure experiments: a six-hour study and a 10-day study in May 2019. The honeybees were obtained from six healthy colonies at the OSU apiaries. In each experiment, groups of 150 bees were placed in three cages. One group was exposed to Transform, a second to Sivanto and the third was a control group that wasn’t exposed to either pesticide.

Honeybee mortality, sugar syrup and water consumption, and physiological responses were assessed in bees exposed to Sivanto and Transform and compared to bees in a control group. Mortality in each cage was recorded every hour for the six-hour experiment and daily for the 10-day experiment.

While Sivanto was not directly lethal to honeybees following contact exposure, the 10-day survival results revealed that field-application rates of Sivanto reduced adult survival and caused increased oxidative stress and apoptosis in the honey bee tissues. This suggests that even though Sivanto is apparently less toxic than Transform, it might also reduce honeybee longevity and impart physiological stress, according to the study authors. 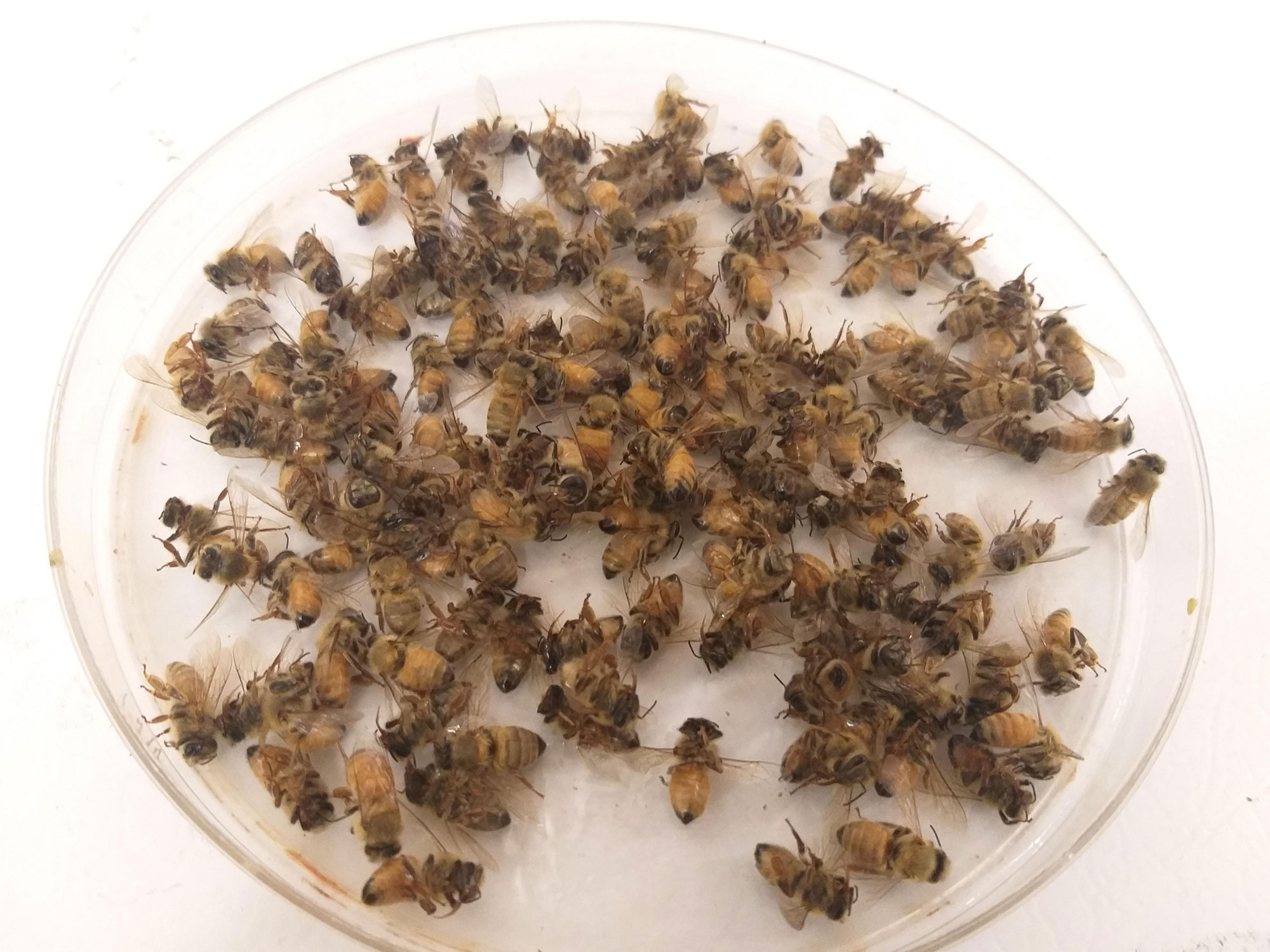 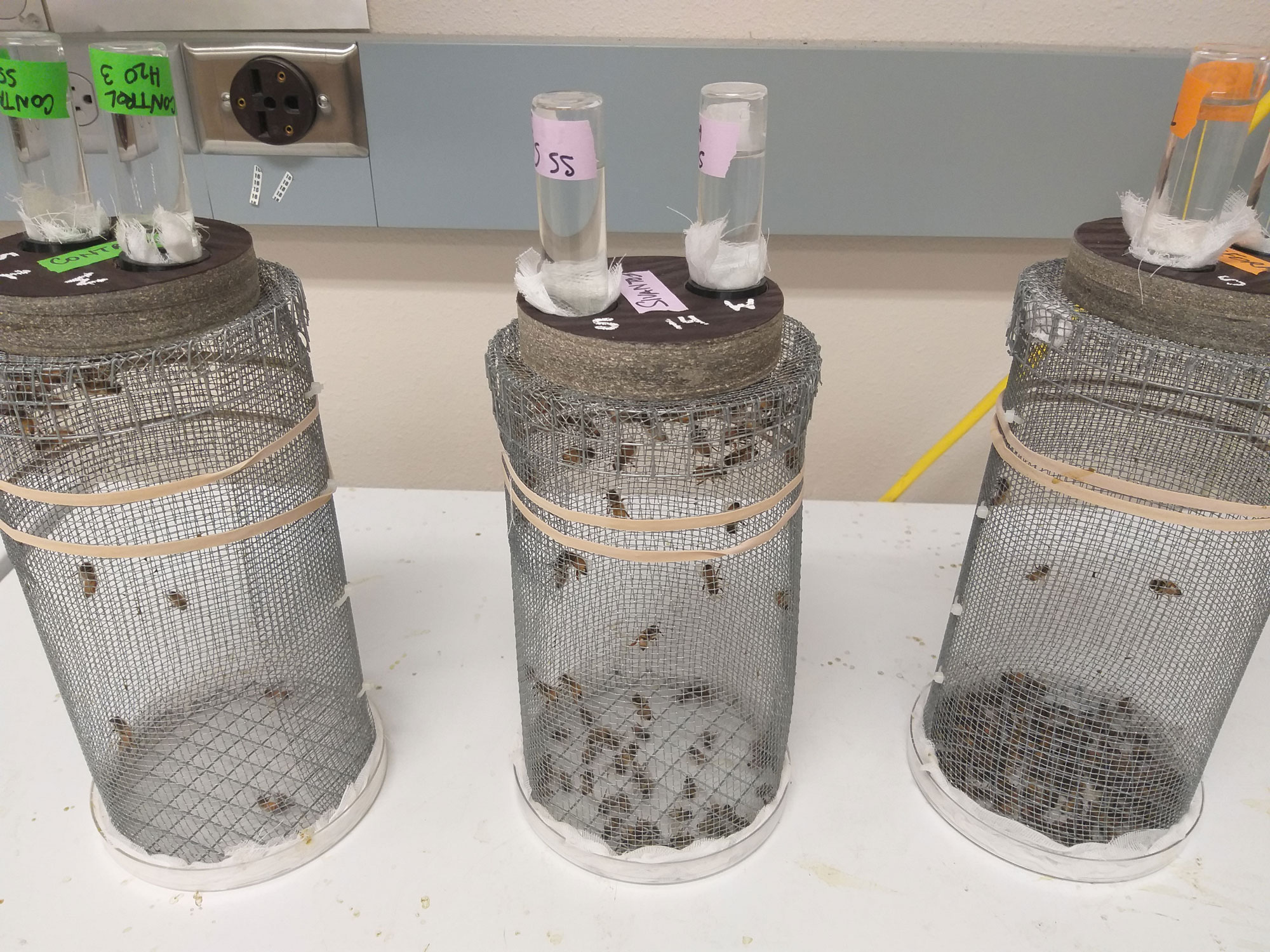